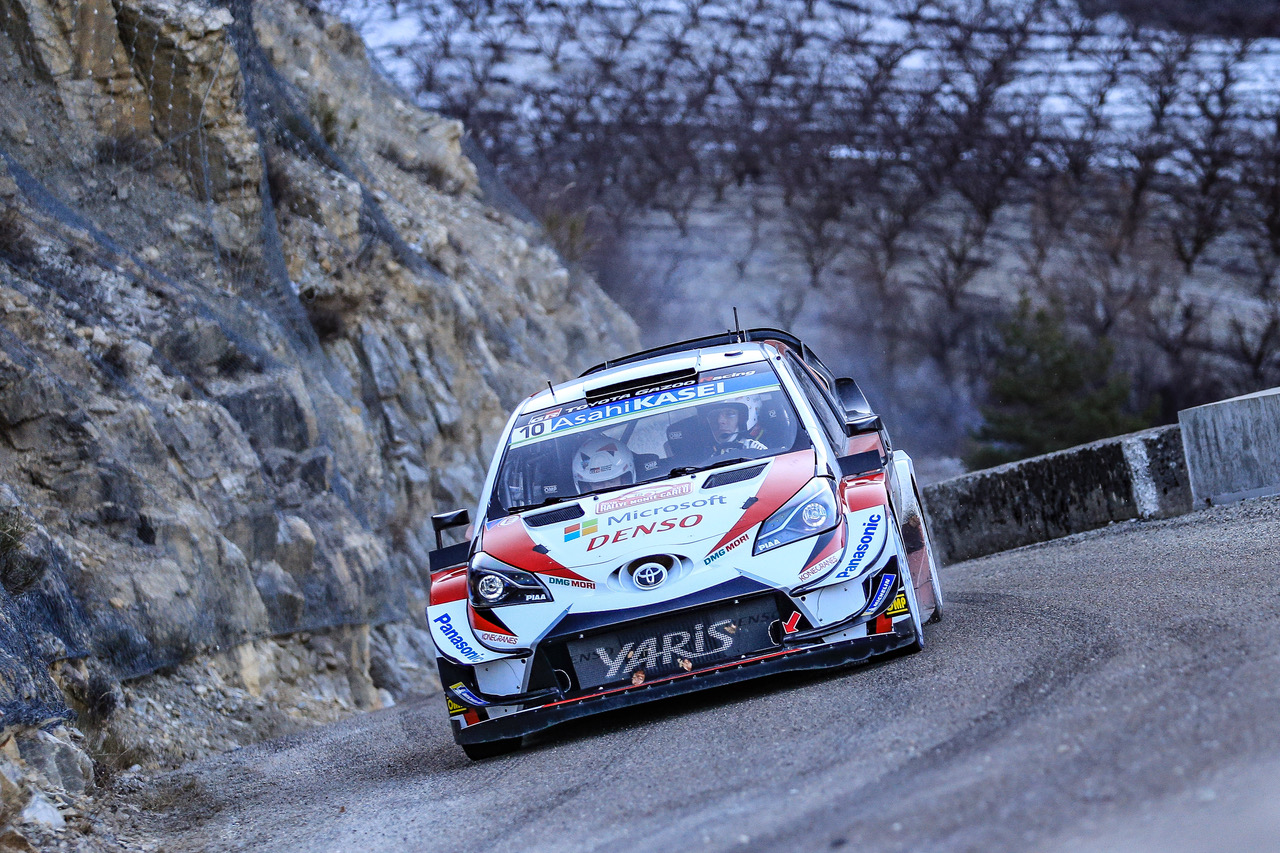 Jari-Matti Latvala is the best-placed of the TOYOTA GAZOO Racing World Rally Team drivers tonight following the first full day of competition on Rallye Monte-Carlo, which proved to be a challenging one for the team. Latvala is in fourth overall, and in an exciting battle for a podium place with two whole days of action remaining. His team-mates Ott Tänak and Kris Meeke are seventh and eighth after both had to stop to change a wheel.

Six stages were due to be run today, although the opening test was cancelled ondue to reasons of spectator safety grounds. As a consequence, the Toyota drivers were left with an unfavourable tyre selection for the remainder of the loop, having based their choices on the wintery conditions that were present in the morning’s first stage. This led to Tänak conceding the lead he claimed in Thursday night’s opening action. He was holding third overall before losing more than a minute -and -a -half when he stopped on SS7.

Latvala gradually built his confidence, climbing from ninth overall to fourth, and set the joint fastest time on SS6. He is 7.4 seconds away from third place. Meeke was also gaining positions on his debut in the Toyota Yaris WRC, moving up to sixth before he also lost time on SS7.

Tommi Mäkinen (Team Principal)
“Rallye Monte-Carlo always brings surprises and unfortunately we have suffered from a few of those today, particularly with the punctures for Ott and for Kris. The frozen ground here this year isare allowing all of the cars to cut the corners more, and the sharp edges of the road can cause problems like this. It’s unfortunate because Ott was in a podium position and Kris has been making a really good start with us. I’m sure there is more to come from him as he continues to learn the car &nsash; just like we saw with Ott last year. Jari-Matti is very much still in the fight and let’s see what happens tomorrow.”

Jari-Matti Latvala (Driver car 10)
“Overall, I must say it was quite a positive day. I think we had a good strategy for this morning, but when they cancelled the first stage it affected us quite significantly. Still, I started to get a good feeling with the driving. This afternoon we played it safe and ran with four snow tyres on two of the stages. On SS7 we had a mix of tyres and I was maybe a bit too careful, but SS6 and SS8 on the snow tyres both went well and in general I’m happy. It’s good to be in the fight for the third place on the podium.”

What’s next?
Tomorrow the crews tackle a pair of stages north of Gap, repeating them either side of a late-morning service.The final service of the rally then begins at 15:18 before a long drive to Monte Carlo in readiness for the last day.