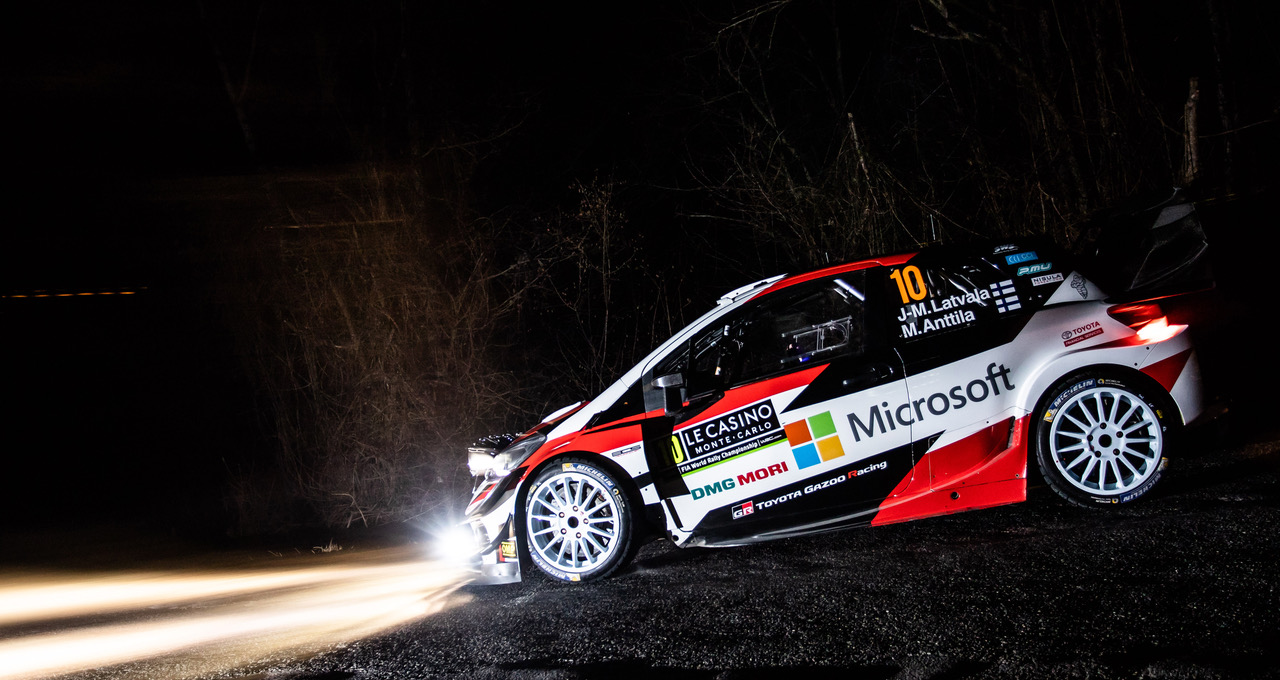 Ott Tänak got the 2019 FIA World Rally Championship season off to a flying start for TOYOTA GAZOO Racing World Rally Team, winning tonight’s opening stage at Rallye Monte-Carlo and then extending his lead in the evening’s second and final test. Jari-Matti Latvala is fifth overall while Kris Meeke is seventh, having been second fastest in his debut stage in the Toyota Yaris WRC before sustaining a time-consuming puncture.

The day began with the shakedown stage held close to the service park in Gap. The dry and sunny conditions were always unlikely to be representative of those that would be found in tonight’s opening stages, but the shakedown provided a good opportunity for the drivers to ease themselves back into action. Meeke posted the fastest time, with Tänak fourth and Latvala fifth.

Tonight’s two stages – each just over 20 kilometres in length – featured typical Rallye Monte-Carlo conditions, with sections of ice and snow as well as drier parts. Tänak was fastest by five seconds ahead of Meeke in the opening stage, and was third-quickest in stage two to lead by 9.1s overnight.

Jari-Matti Latvala (Driver car 10)
“It was very challenging conditions this evening, in the darkness with a mix of ice and damp patches. When the conditions are difficult like this the time differences can be quite big. In the first stage I lost a lot of time as I wasn’t that confident. I didn’t have those type of conditions in my test, so I was missing the feeling. But we got through and that’s the most important thing. Tomorrow is another day and things can change very quickly in this event, so we need to be patient.”

What’s next?
The first full day of Rallye Monte-Carlo consists of two loops of three stages, either side of a mid-day service in Gap. At 125.12 kilometres, it will be the longest day of the rally.