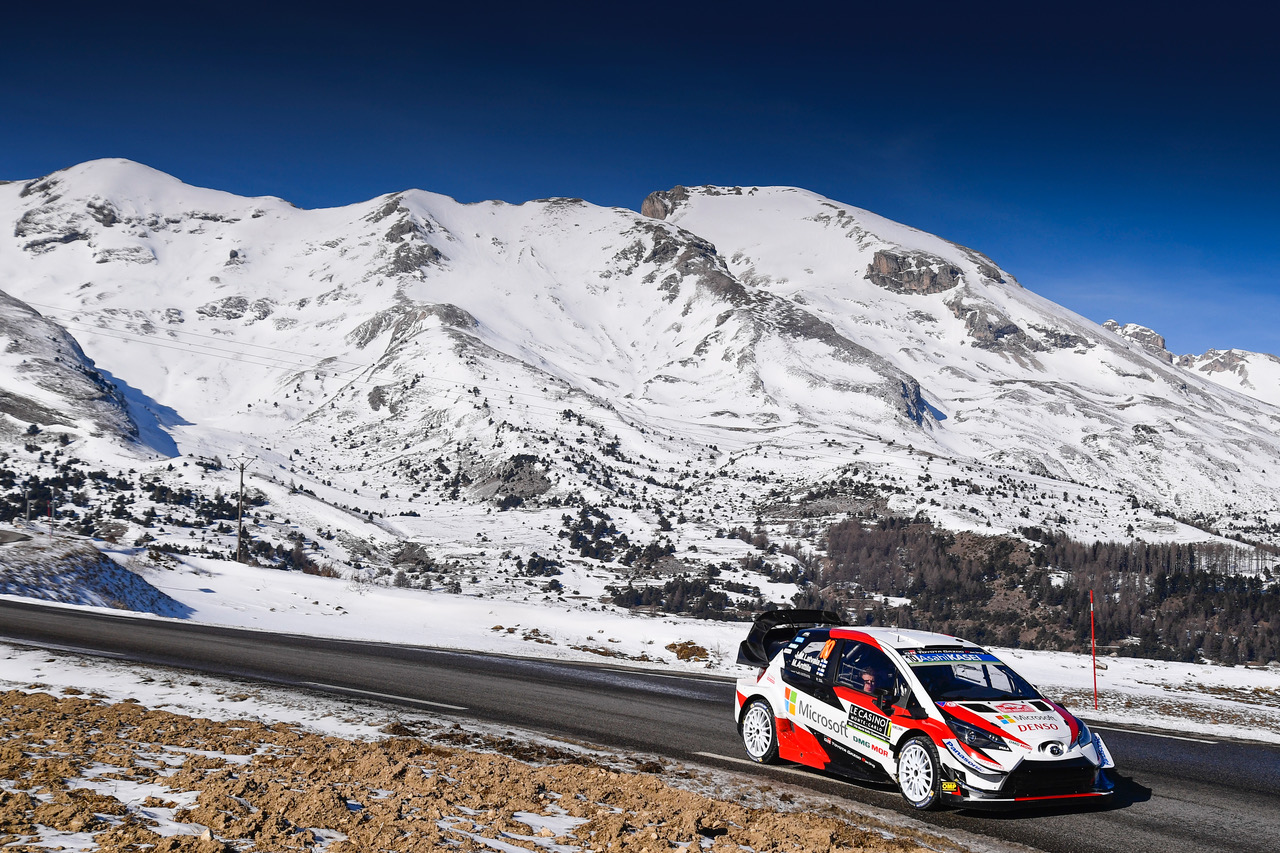 OYOTA GAZOO Racing World Rally Team enjoyed a strong Saturday on Rallye Monte-Carlo. Ott Tänak won all four stages, and the Toyota Yaris WRC posted the two quickest times on every test. Jari-Matti Latvala is in 2.3 seconds of a podium position going into the final day, with Tänak a further 15s behind him in fifth, while Kris Meeke is also in the top six and continuing to enjoy his debut with the team.

The second leg of the rally consisted of two loops of two stages north of the service park in Gap, with conditions on the road varying from snow and ice to dry asphalt. On the day’s first stage – the longest stage of the rally – Tänak and Meeke were separated by only 0.4s. Meeke was also second-quickest on the two stages that made up the afternoon loop.

Latvala had been second-fastest on the day’s second stage, which moved him up into third position. He moved back to fourth place in the afternoon, but remains close to his rival with four stages remaining. In the afternoon, Tänak was the only World Rally Car driver to opt for winter tyres without studs, and his ongoing speed brought him closer to the podium battle, fighting back from the time lost changing a wheel on Friday.

Jari-Matti Latvala (Driver car 10)
“It’s been a great fight with Sebastien Loeb over third place today. At first he was ahead, then I was ahead, and now he’s ahead again, but the gap is very small. I was hoping that I could have kept him behind, but when the conditions were mixed, I was maybe not so strong. It looks as though tomorrow’s stages could be drier: I’ve been doing a lot of testing on dry roads so I’m quite comfortable with the car in those conditions. Hopefully that works in our favour and we can be on the podium in Monte Carlo tomorrow.”

What’s next?
After this evening’s final service, the crews drive their cars to Monte Carlo ready for the final day of action in the mountains above Monaco. Two stages will each be run twice – one of them featuring the iconic Col de Turini, and the other serving as the rally-ending Power Stage with bonus points on offer.