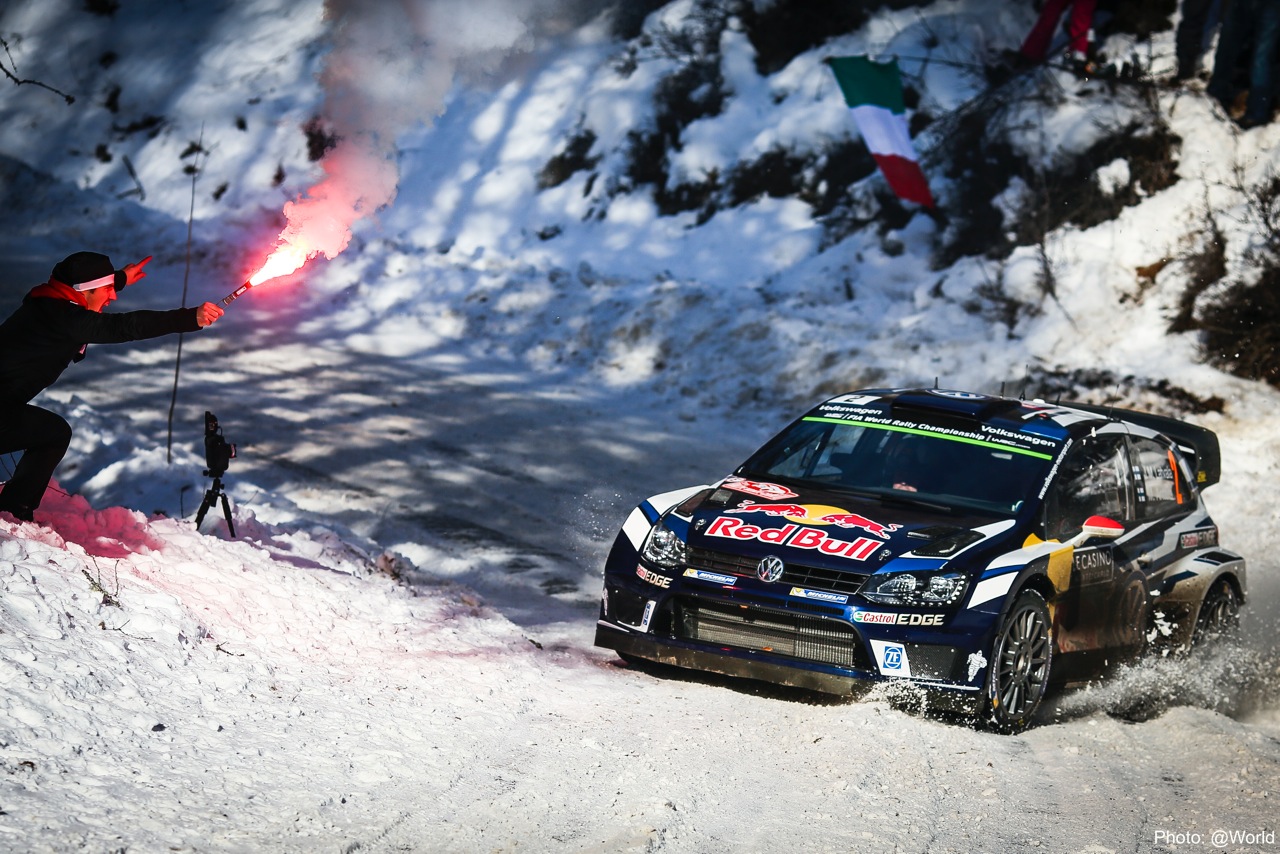 Always in the top three: Ogier/Ingrassia consistently among the fastest

Leaders trade places at the opening round of the 2006 WRC season: Sébastien Ogier/Julien Ingrassia (F/F) have taken the lead at the Rally Monte Carlo in the Polo R WRC. The three-time world champions were embroiled in a thrilling duel with Kris Meeke/Paul Nagle (GB/IRL, Citroën). Over the course of the first eight stages of the “Monte”, the lead changed hands no less than five times between the two rivals. Ogier and Meeke are also the only two drivers to finish in the top three on every stage so far. Ogier/Ingrassia moved back into the lead on the final stage of the day, “Les Costes–Chaillol”. Jari-Matti Latvala/Miikka Anttila (FIN/FIN) and Andreas Mikkelsen/Anders Jæger (N/N) ended day one in third and fourth place to round off an excellent start to the season for Volkswagen. Friday once again featured the tricky mixture of conditions, for which the “Monte” is renowned. The constant changes from sheer ice to asphalt – sometimes dry, sometimes wet – kept the drivers and co-drivers on their toes at all times.

The crews face the longest day of the Rally Monte Carlo on Saturday. The five special stages, including the infamous “Sisteron-Throard”, feature 173.96 kilometres against the clock. That is half of the total distance of the rally. In the evening, the service park moves from Gap in the French Maritime Alps to the harbour in Monaco, posing another challenge for the team and logisticians.

Quotes after day one of the Rally Monte Carlo

Jari-Matti Latvala, Volkswagen Polo R WRC #2
“Everything is running to plan. Right from the word go my goal was not to push for a win at this rally, but just to drive my own race – and that is exactly what I am doing. The conditions were difficult all day, as they changed constantly between very dry and icy sections. Perhaps I was a little too cautious here and there, but I found my rhythm in the afternoon. That was reflected in the times. We still have a long way to go before the presentation ceremony in Monte Carlo on Sunday afternoon, but to stand on the podium there would be a great way to start the season.”

Jost Capito, Volkswagen Motorsport Director
“The Rally Monte Carlo has started well for us. The result so far is a good one for Volkswagen: first, third and fourth. You cannot ask for more than that in such difficult conditions. However it was not only a real treat for me as Motorsport Director, but also as a rally fan. The battle between Sébastien Ogier in the Polo R WRC and Kris Meeke in the Citroën is extremely exciting. Both are producing a hugely impressive performance. Respect to them for that. And the Motorsport Director and rally fan in me both say: more of the same, please!”

… a new message. The three Polo R WRCs are proudly bearing the words “50 Years of Volkswagen Motorsport” on their rear for the first time at the Rally Monte Carlo. Today’s Volkswagen Motorsport GmbH can trace its first activities in Formula Vee back to 1966. As such, 2016 marks the manufacturer’s 50th anniversary in motor racing.

Provisional result after day one of the Rally Monte Carlo