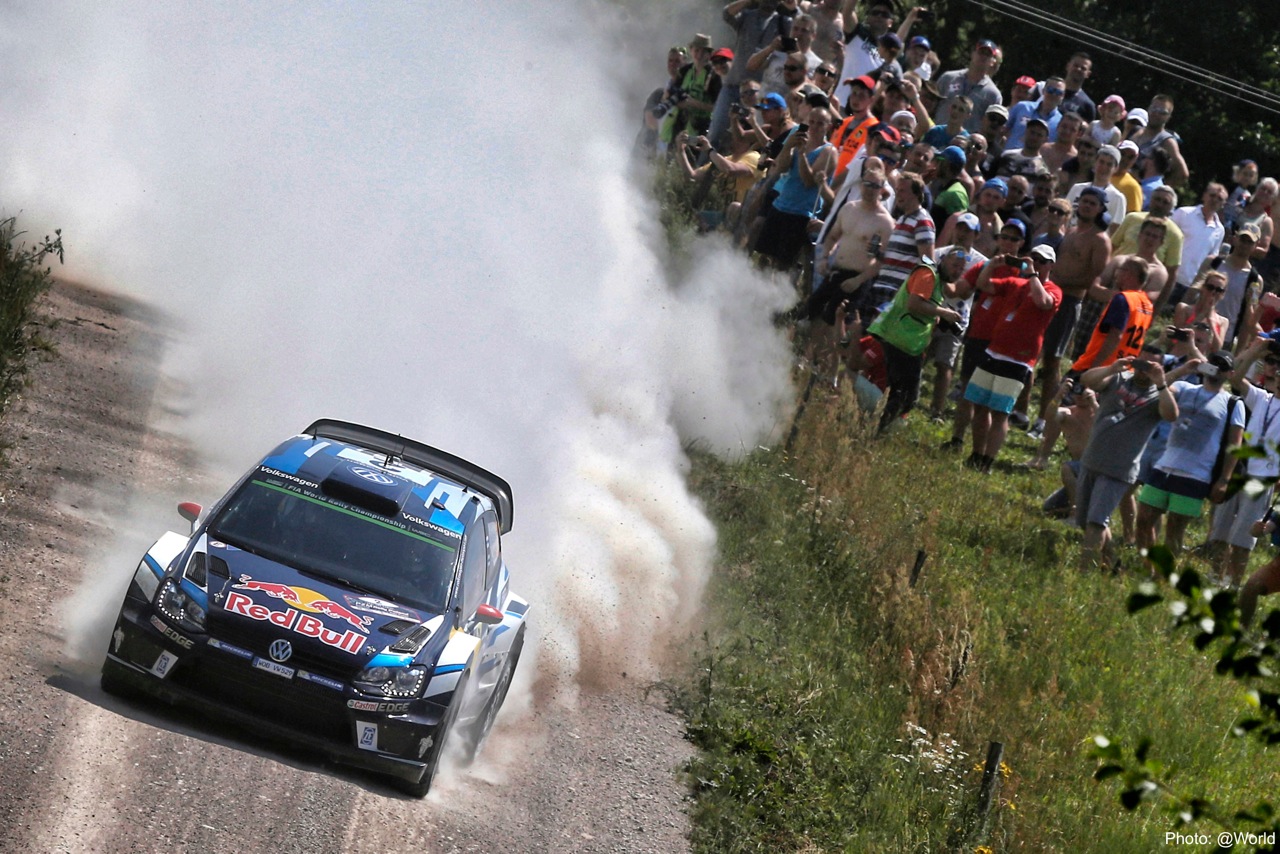 Volkswagen goes into final day of the Rally Poland in second, fifth and sixth place

Volkswagen has kept its hopes of winning the Rally Poland alive: Andreas Mikkelsen/Anders Jæger (N/N) go into the grand finale on Sunday in second place. The pair currently third in the world championship produced a courageous performance in the Polo R WRC to stem the loss of time expected due to their early starting position. They enter Sunday’s final 59.60 kilometres with a deficit of 21.3 seconds. Their team-mates Jari-Matti Latvala/Miikka Anttila (FIN/FIN) and Sébastien Ogier/Julien Ingrassia (F/F) produced flawless performances to end Saturday in fifth and sixth place respectively. 17 special stages and 246.50 kilometres into the rally, the lead is held by Ott Tänak/Raigo Mõlder (EST/EST, M-Sport-Ford).

The Rally Poland was once again dominated by fast, full-throttle routes, which were covered by a thick layer of loose gravel and sand on Saturday. The conditions improved with every world rally car that passed. The WRC is certainly set for a thrilling final sprint for victory, with the weather also likely to play an important role on Sunday. After the searing heat on Saturday, rain could change the character of the Rally Poland on Sunday.

Jari-Matti Latvala, Volkswagen Polo R WRC #2
“Day two of the Rally Poland was definitely better than the opening day. The changes we made to the set-up of our Polo R WRC had the desired effect. That was confirmed not only by my feel for the car, but also the times. I still made a few mistakes here and there, and was not always able to match the pace of the leaders. On the whole, however, I still gained time on the cars behind me. At the end of the day, I actually won the 16th special stage. This will certainly not go down as my best rally, but it is not over yet and I will continue to do everything I can to end the rally on a positive note.”

Jost Capito, Volkswagen Motorsport Director
“All three Volkswagen crews gave it their all today, in order to remain well-placed in the battle for victory and positions – there can be no doubt about that. Opening the route was once again anything but an advantage. Unfortunately, Sébastien Ogier, Jari-Matti Latvala and, above all, Andreas Mikkelsen have not been rewarded for their courageous performances. However, they will push hard again over the closing 60 kilometres tomorrow. Ott Tänak and Raigo Mõlder are putting in a great performance and deserve to lead the Rally Poland. However, they need to be aware of one thing: we have not yet written off our hopes of winning the Rally Poland.”