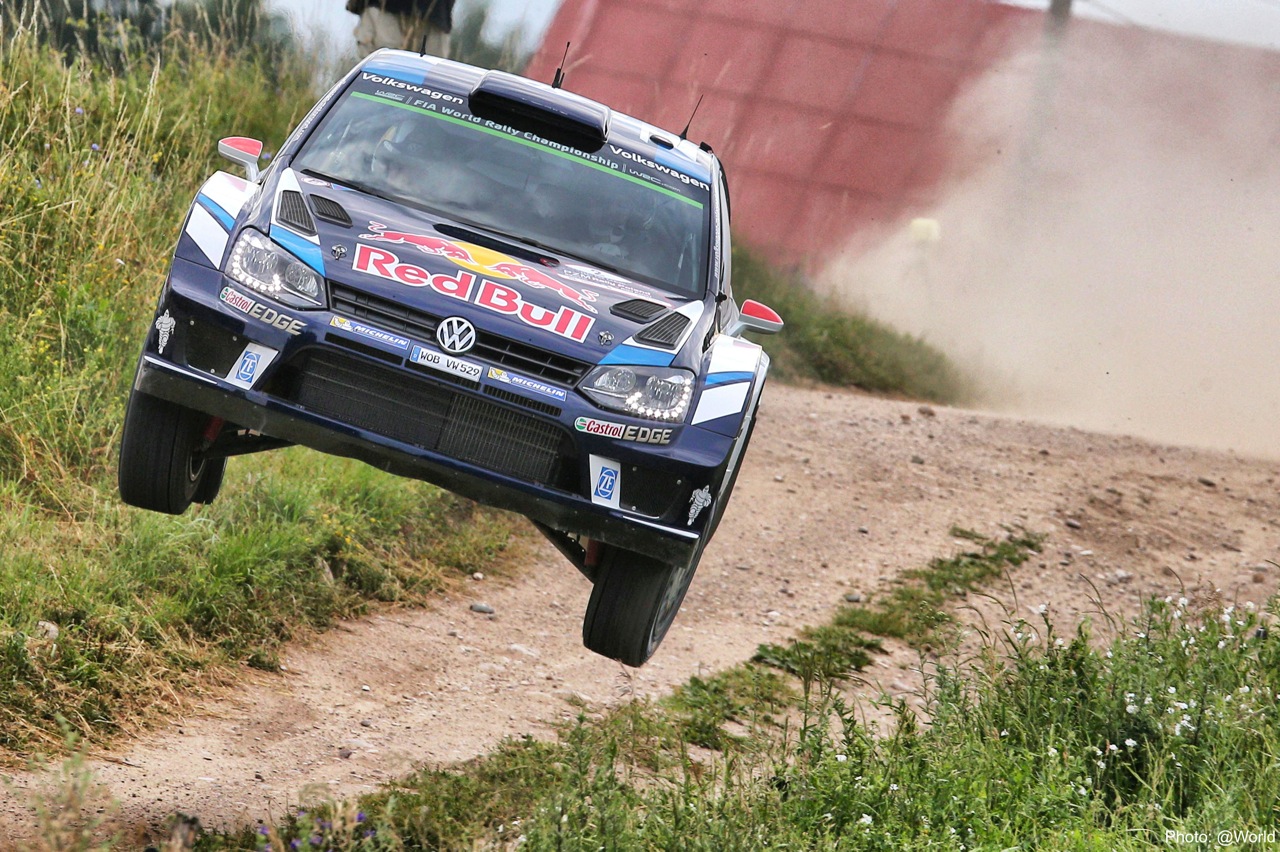 Adrenalin and excitement – the FIA World Rally Championship (WRC) can look back on a thrilling opening day at the Rally Poland. Two of the main protagonists: Andreas Mikkelsen/Anders Jæger (N/N), who are second overall in the Volkswagen Polo R WRC after 121.92 of 306.10 kilometres against the clock – just 4.2 seconds behind leaders Ott Tänak/Raigo Mõlder (EST/EST, M-Sport-Ford). The lead has changed hands three times, and we have had three leaders – the motorsport-mad fans lining the route in Poland have been served up a real treat. Another delicacy came in the form of three-time world champions and championship leaders Sébastien Ogier/Julien Ingrassia (F/F), who produced a flawless performance as the first car onto the route to keep their hopes of victory alive. They trail by 16.3 seconds in fourth place overall. Jari-Matti Latvala/Miikka Anttila (FIN/FIN) ended day one of the rally in sixth place.

The Rally Poland and the Rally Finland, which takes place in four weeks, are the fastest on the WRC calendar. In 2015, winners Ogier/Ingrassia were at full throttle for 60.31 per cent of the rally in Warmia-Masuria – that is almost one and a half hours with pedal to the metal. One third of the way into the 2016 rally, the average speed of the leaders is 119.17 km/h.

“Today was a bit of a mixed bag for me. This morning I just could not find a good rhythm. That was reflected in the times. Then I also had a slow puncture on the fourth stage. We changed a few things on the set-up of the Polo R WRC during the midday service, and it went a bit better after that. However, I cannot be happy with today. Driver and car were simply not working as one today. At the same time, I will obviously not give up. Together with my team, we will work on a strategy for tomorrow, when we will push hard again.”

Jost Capito, Volkswagen Motorsport Director
“A really exciting day in the World Rally Championship, with magnificent performances from Andreas Mikkelsen and Sébastien Ogier. They got the maximum out of the starting position and the conditions they were faced with. Andreas, in particular, produced a strong display and put on a fantastic show for the fans. The outcome of the rally is wide open. Like Andreas, Sébastien is right in contention. We still have eleven exciting special stages ahead of us over the next two days. Jari-Matti Latvala was not entirely happy today and did not find his rhythm. He was not one with the Polo. We will sit down with him to analyse why that may be, and to work on ensuring that he can challenge for a place on the podium here in Poland.”

… the “Wieliczki” special stage. It took on special significance in the recent history of the Rally Poland in 2014, as the average speed of 136.88 km/h represents the fastest special stage ever completed with the Polo R WRC. A record that stands to this day. It was also run in 2015 and 2016, but with different routes. Four of the six times the stage has featured, victory has gone to Andreas Mikkelsen – on the other two occasions, it was Ott Tänak who emerged victorious. Coincidentally, these are the very same two WRC drivers embroiled in a remarkable battle for the lead today in the Volkswagen Polo R WRC and the M-Sport-Ford Fiesta RS WRC.