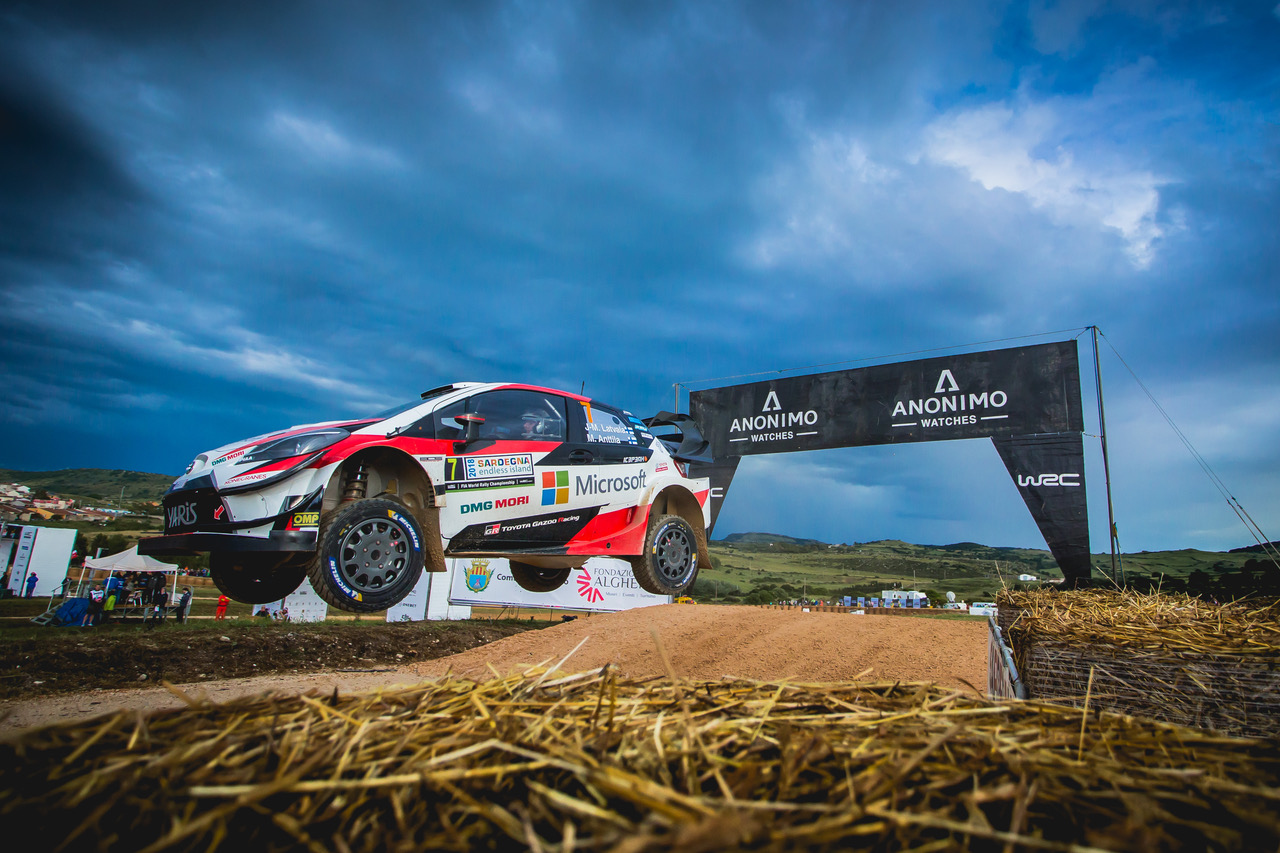 The three Toyota Yaris WRC drivers got Rally Italia Sardegna underway this evening with a short super special stage at Ittiri. Esapekka Lappi was sixth quickest overall, Jari-Matti Latvala was eighth and Ott Tänak 10th, with all three within 2.5 seconds of the rally lead going into the first full day tomorrow.

This morning, the team completed a positive shakedown over a 3.34-kilometre route close to the rally base in Alghero. Latvala set the fastest time of all on the shakedown, with Tänak and Lappi joint third quickest, both within a second of their team-mate.

Quotes:
Tom Fowler (Chief Engineer)
“Shakedown went positively this morning. All three drivers set some competitive times and most importantly they were happy with the setups on the cars. It was important for them to come out of the shakedown feeling confident and I think they’re all now looking forward to the rally starting properly tomorrow morning. It was raining during shakedown and it looks as if we may get some damp conditions in the morning, before some more traditional Sardinia sun over the weekend. We were able to test a slightly softer wet gravel setup on the cars in shakedown, but the drivers also used their dry setups to make sure that everything was working. We will decide how we will set the cars up tomorrow morning depending on the latest weather information we have.”

Jari-Matti Latvala (Driver car 7)
“The first stage tonight passed OK without any major problems: there were just a couple of corners that were slightly more difficult than I had expected. I have been here in Sardinia many times and I always enjoy the rally. During shakedown this morning it was raining, and I don’t think I’ve seen rain here for 10 years! Normally on this rally there is a large cleaning effect the further you are down the road order, but I won’t have that advantage if there is heavy rain and the roads are wet tomorrow morning. The car is very fast and my feeling is good, so everything is ready for the start. I really want a clean event, and I’m sure if we can do that then a good result will come.”

What’s next?
The first full day of the rally consists of eight stages, with two loops of four stages to the north east of Alghero. The first stage of the day, Tula, is also the longest at nearly 22 kilometres, with the first pass starting at 8:33 local time. The cars are due back in service at the end of the day shortly after 19:00.