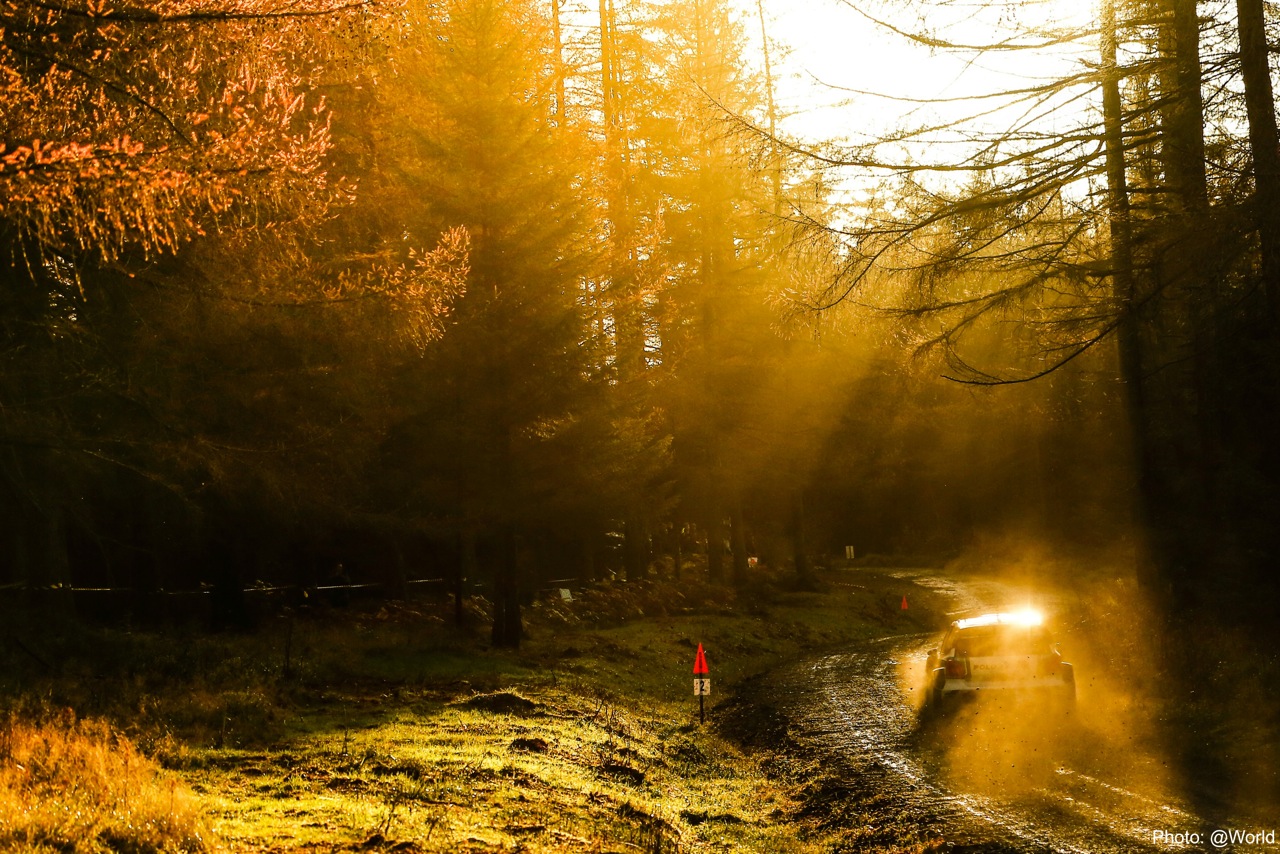 13.5-second lead and 400th stage win for Ogier/Ingrassia
Mikkelsen/Fløene third at final round of the WRC season
Day one comes to a premature end for Latvala/Anttila in Great Britain

Mud packs, rally style: Volkswagen duos Sébastien Ogier/Julien Ingrassia (F/F) and Andreas Mikkelsen/Ola Fløene (N/N) made good starts at the Rally Great Britain. Three-time world champions* Ogier/Ingrassia overcame extremely tricky conditions to lead the final round of the FIA World Rally Championship (WRC) at the end of day one. Mikkelsen/ Fløene, winners last time out in Spain, are third. Ogier/Ingrassia won five of the day’s six special stages, racking up stage wins number 400 and 401 of their career in the process, as they opened a lead of 13.5 seconds. Typical Wales: the muddy, slippery special stages provided the stage for a thrilling battle between Ogier/Ingrassia and second-placed Kris Meeke/Paul Nagle (GB/IRL, Citroën).

In contrast, Jari-Matti Latvala and Miikka Anttila’s working day came to a premature end. Three-time winners this season, the pair currently second in the World Championship crashed off the road and into a ditch on stage two. However, they may re-join the rally under Rally 2 regulations on Saturday.

Jari-Matti Latvala, Volkswagen Polo R WRC #2
“Naturally that wasn’t what we had in mind at all. No sooner had we started the rally than it was over for us. We came off the road shortly after the start of the second special stage and landed in a ditch. Unfortunately, it was so deep that there was no way we could carry on. It’s particularly frustrating since we had found a good set-up and the pace was right. We were definitely competitive and would have been able to push for the win. But that’s the kind of thing that happens in our sport. We will try to restart under Rally 2 regulations. Naturally it is frustrating for today, but things will look different in the morning.”

Jost Capito, Volkswagen Motorsport Director
“The Rally Great Britain and its very demanding conditions are far from easy to master. When the weather is as unsettled as it was today, finding the right compromise between caution and attack is a mammoth task, but one that Sébastien Ogier and Julien Ingrassia mastered brilliantly. Andreas Mikkelsen and OIa Fløene also produced a solid display. We also saw just how quickly mistakes can be punished on this muddy and slippery surface, as in the case of Jari-Matti Latvala and Miikka Anttila, who slid out early on in the day.”