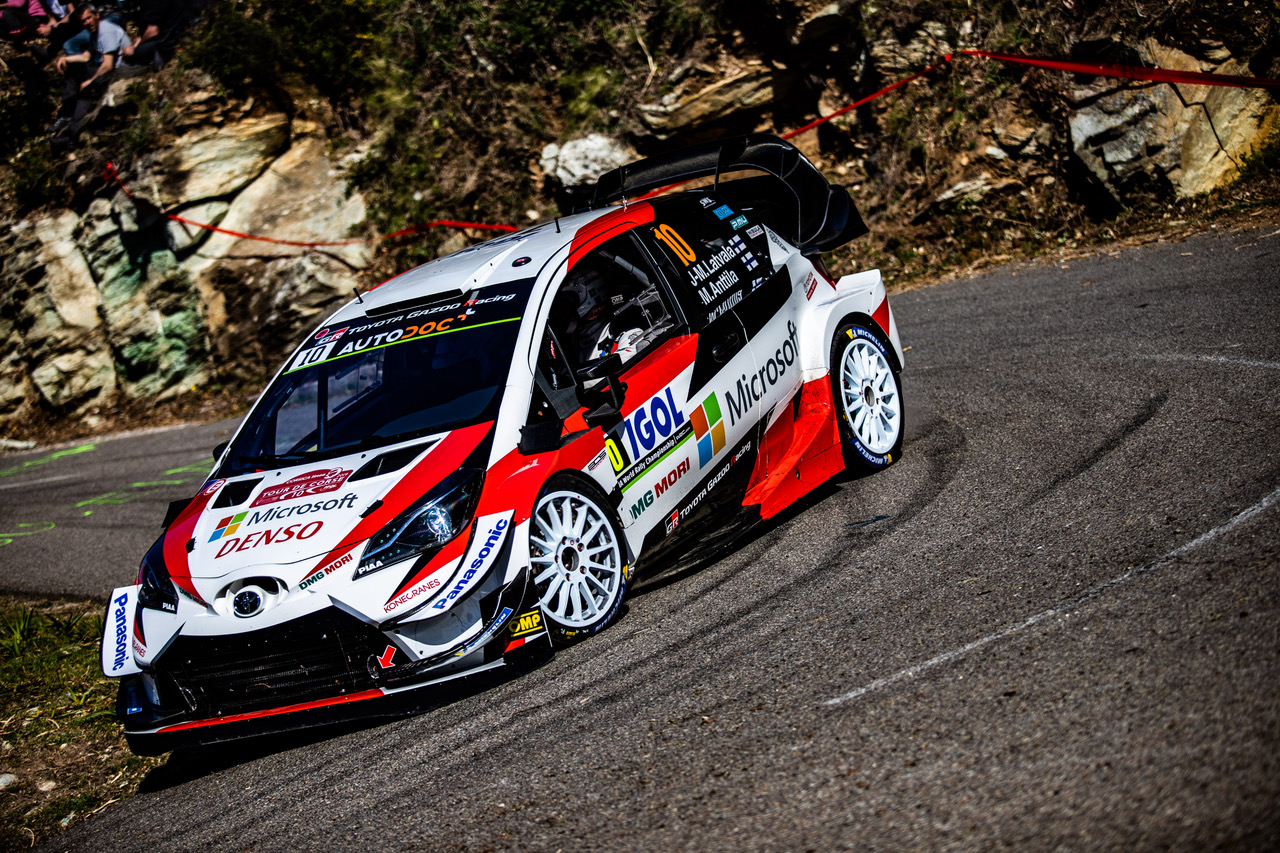 Toyota Yaris WRC driver Ott Tänak’s promising chances of victory on the Tour de Corse were ended late on the penultimate day of the rally, when he had to stop and change a tyre. Before the unfortunate delay, he had won the first two stages of the day to close down the rally leader, moving back ahead by the end of the morning loop.

Having to stop in the middle stage of the afternoon loop cost Tänak around two minutes and took him from first to seventh place overall. On the long last stage, he gained one position to end the day in sixth, 22.4 seconds behind the driver in front.

All three Toyotas are on course to finish inside the points, with Kris Meeke and Jari-Matti Latvala moving up the leaderboard after losing time with incidents on Friday. Meeke in particular enjoyed a strong day, posting the fastest time on SS10. He ended the day ninth overall, one place in front of Latvala.

Quotes:
Tommi Mäkinen (Team Principal)
“It is of course very disappointing what happened to Ott when he was running in such a strong position. We have to investigate very carefully the issues we have had here and why it has been happening. At least we can see that the car is very fast on asphalt and that the performance has been very consistent. All three of our drivers still have the chance to score some more points tomorrow, and then we will look forward to the coming events.”

Jari-Matti Latvala (Driver car 10)
“It has been a difficult day, my driving has not been good enough. This morning I was missing some performance, while this afternoon I tried to push more, but we had to stop and change a flat tyre. That was down to my mistake: On a right-hand corner there was a hole on the edge of the road and I hit it. I will try to have a good drive tomorrow: That would give us a boost at the end of the rally.”

What’s next?
The rally heads west from Bastia for the final two stages of the rally: Eaux de Zilia, the second-longest stage of the rally, and then the Power Stage finishing just outside the town of Calvi, where the podium ceremony will be held.