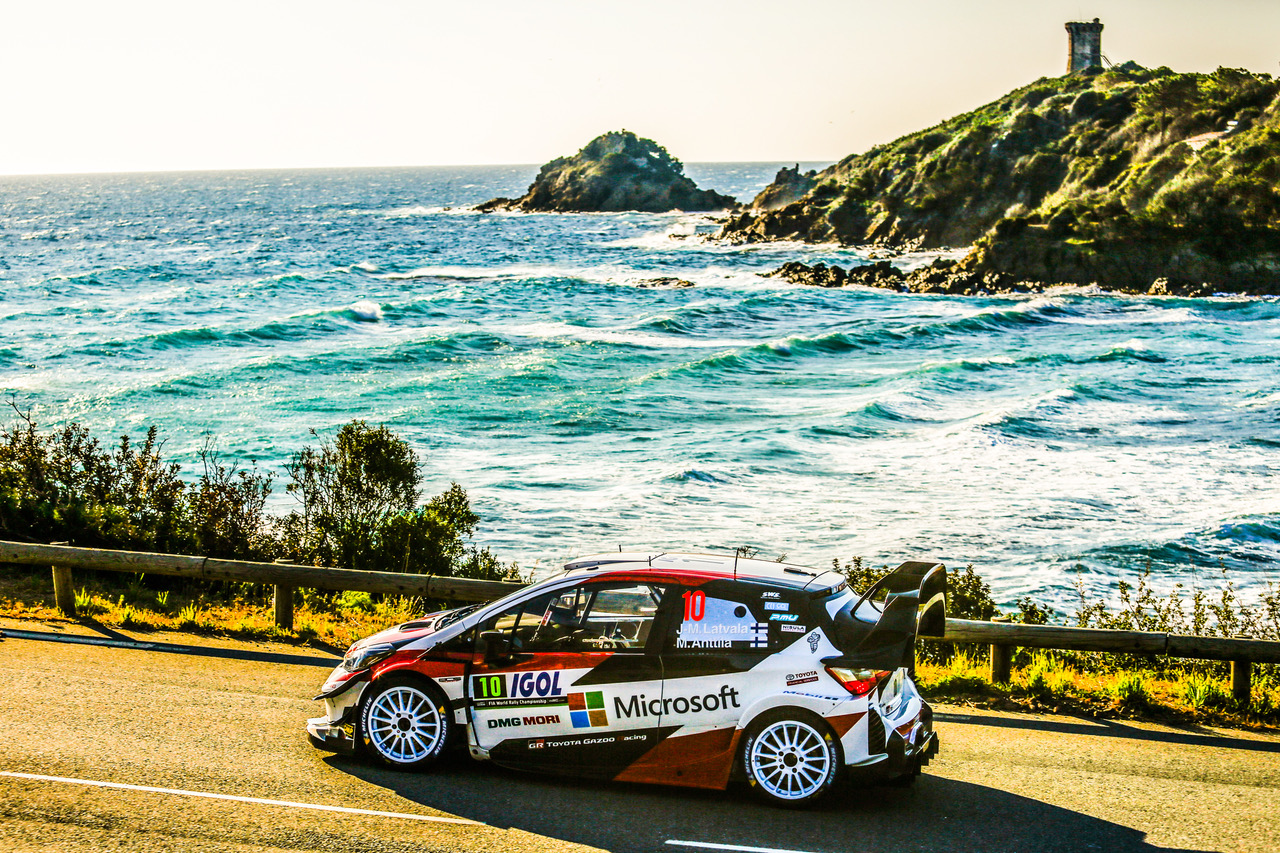 Toyota Yaris WRC driver Ott Tänak is less than five seconds away from the lead and holding second overall on the Tour de Corse, following a strong performance on the opening day of the demanding asphalt event: the French round of the FIA World Rally Championship.

The day consisted of three stages in the south of Corsica, each run twice with no mid-day service. Tänak claimed the lead on the second stage and increased it by winning SS3, although only 1.3 seconds separated him from his main rival at lunchtime. In the afternoon, Tänak produced another clean and consistent run to provisionally end the day as the leader.

After Tänak’s rival Elfyn Evans was inadvertently delayed behind the Toyota of Kris Meeke in SS6, the team fully supported a request for Evans to be awarded the same time as Tänak. It means Tänak is 4.5 seconds away from the lead going into day two.

It proved to be a tough day for Tänak’s team-mates. Jari-Matti Latvala was running sixth overall when he stopped to change a tyre on SS5, costing him three minutes and leaving him 13th at the end of the day.

Kris Meeke lost around 50 seconds in the opening stage when he damaged his front-left wheel and tyre. Meeke matched Tänak’s pace over the subsequent three stages – winning one of them – before he ran wide in SS5 and hit a kerb. Carrying suspension damage through the day’s final stage, he lost nearly three minutes in total. He is 16th overall, but points remain well within reach for both he and Latvala with two days remaining.

Quotes:
Tommi Mäkinen (Team Principal)
“Ott has done a good job through the whole day with no mistakes whatsoever. The car was not absolutely perfect for him, as he had an issue with the front-left damper was damaged at some point, so I don’t think he could push completely flat-out and he did well to manage it. Tomorrow is another long day and I’m sure he can keep up the fight. Jari-Matti and Kris just need to have a reset tomorrow morning after the time they lost today. Kris’ performance was very fast, and I think he was a bit unlucky with what happened in the morning, as was Jari-Matti this afternoon. There is still a long way to go and they just need to keep enjoying the driving.”

Jari-Matti Latvala (Driver car 10)
“The middle stage of the loop was difficult for me today. In the morning my notes were not working well there and we lost a lot of time. We did a lot of work on that over lunch and I was really confident that we could make a good time in the afternoon pass. Two kilometres into the stage there were quite a lot of cuts where gravel had come onto the road, and I think a sharp stone went through the tread. Slowlycaused the tyre to started to slowly going down – it was just one of those unfortunate things that can happen., Wwe decided to try and carry on but eventually we had to stop and change it. The cCar has been feeling good, I’ve really enjoyed the driving. We will keep going and see where we are at the end of the rally.”