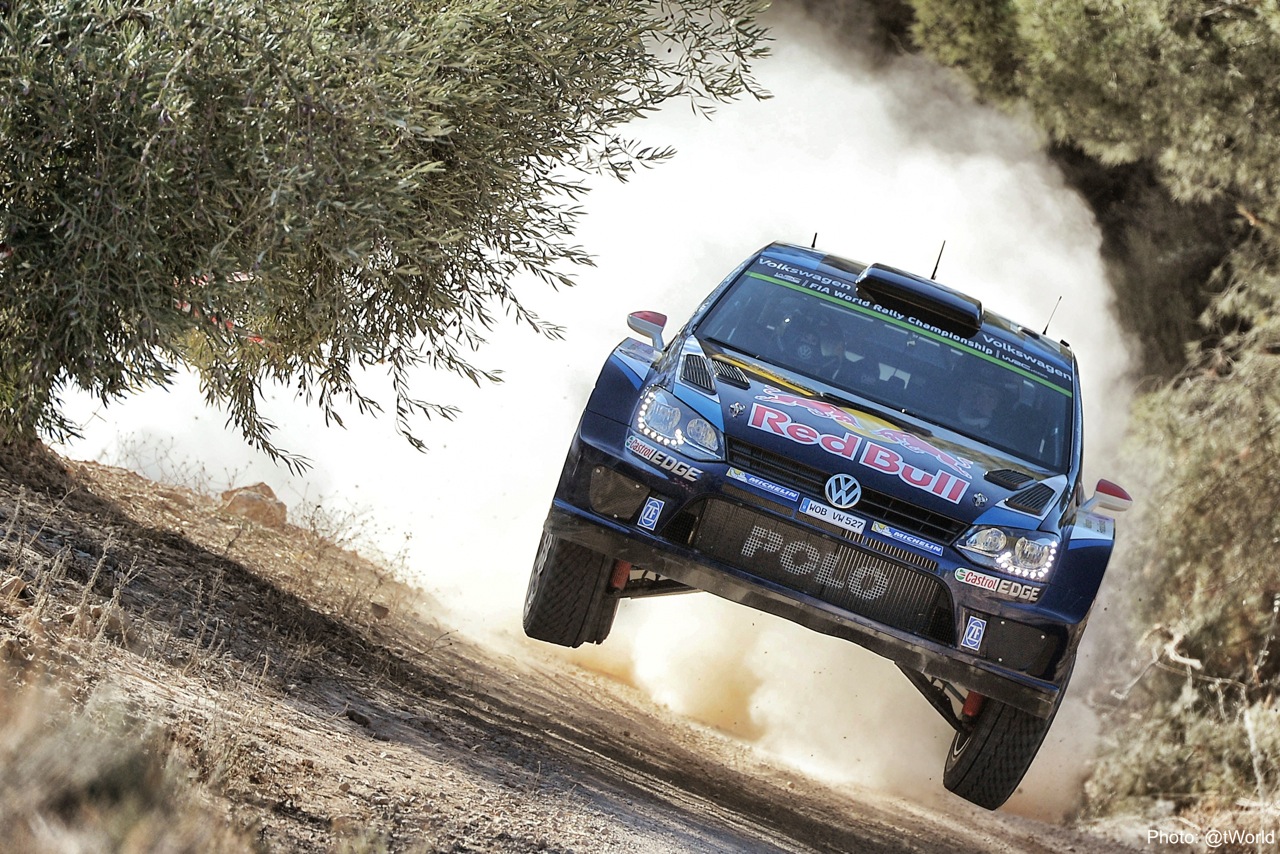 Longest stage of the rally, “Terra Alta”, makes all the difference

Restraint on the short ones, all-out attack on the long stage: Volkswagen played a perfect game of patience on day one of the Rally Spain, and came away with a promising one-two. Sébastien Ogier/Julien Ingrassia (F/F) ended the Friday of the twelfth and penultimate round of the FIA World Rally Championship (WRC) at the top of the overall standings, separated from Volkswagen team-mates Jari-Matti Latvala/Miikka Anttila (FIN/FIN) by just four seconds. After 131.8 of a total 331.25 kilometres against the clock, Andreas Mikkelsen/Ola Fløene (N/N) are sixth, 37.4 seconds off the lead.

The key factor on the first of the three days of rallying was how the drivers looked after their tyres. On both the morning and afternoon loops, three short stages were followed by the longest stage of the rally: “Terra Alta” is 35.68 kilometres long, of which about 27 are on gravel and roughly eight on asphalt. The Volkswagen drivers set a relatively moderate pace on the short stages, upping their game on the “monster” stage with particularly fast split times on the short asphalt section. This allowed Ogier and Latvala to climb from sixth and seventh to first and second place on the morning loop. They were then embroiled in a fascinating battle with Ott Tänak/Raigo Mõlder (EST/EST, M-Sport-Ford), Dani Sordo/Marc Martí (E/E, Hyundai) and Mads Østberg/Jonas Andersson (N/S, Citroën).

The drivers and crews must now switch from gravel to asphalt mode overnight. While Friday was all about gravel roads, Saturday and Sunday feature special stages akin to circuit racing on asphalt routes on the Costa Daurada, on the outskirts of Barcelona. The longest service of the season gives the mechanics a maximum 75 minutes, in which to convert the World Rally Cars to their asphalt configuration. This involves replacing more than 1,300 individual components per car.

Quotes after day one of the Rally Spain

“I am very happy and will try to carry on like this on Saturday. I didn’t get off to quite the start I had planned. But after the first stage this morning I knew that I had to change something. As a result, it wasn’t only the set-up of the car that I worked on, but also on my mental attitude. This was noticeable immediately with better times. In particular, I was much faster on the long ‘Terra Alta’ stage than last year. The Polo R WRC ran smoothly and I didn’t have any problems with tyre wear either.”

“Tactics played a major role today, and our drivers did an excellent job in this regard. It was important to look after the tyres and pace oneself intelligently on the long special stage. Sébastien Ogier, Jari-Matti Latvala and Andreas Mikkelsen showed that with the fastest three times at the end of the day. It will be fascinating to see how the rally develops on asphalt, as it takes on a completely different character. We are very happy with the way things have gone so far.”