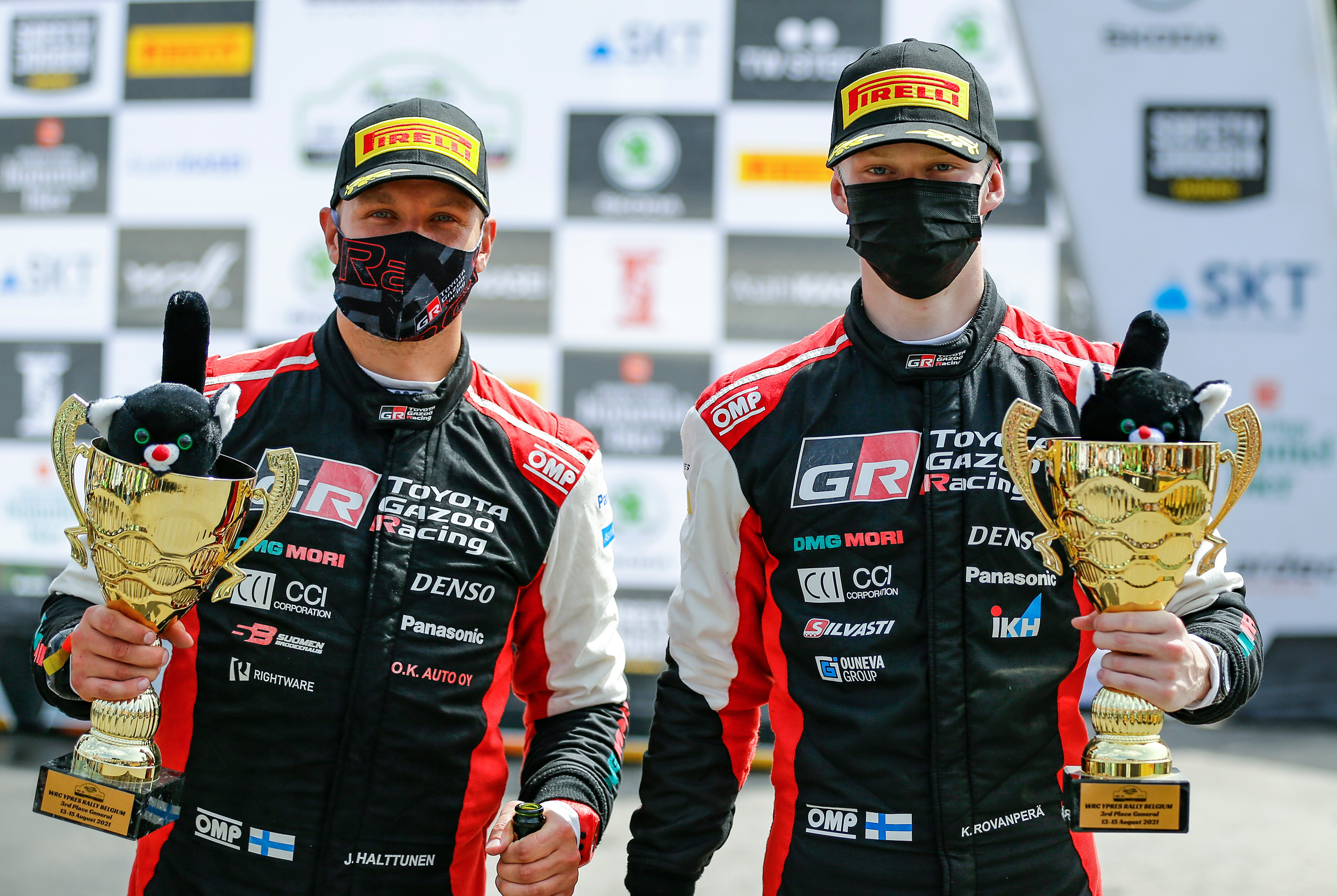 Kalle Rovanperä claimed a podium finish for the TOYOTA GAZOO Racing World Rally Team at Ypres Rally Belgium following a final-day battle with his team-mates Elfyn Evans and Sébastien Ogier as the event came to a close at the iconic Spa-Francorchamps circuit.

In the first Ypres Rally to be held as part of the FIA World Rally Championship, all three of the team’s drivers were very closely matched throughout their debut appearances on the tricky Belgian roads. They ended Saturday covered by just 4.3 seconds in an in-house fight for third overall, with Evans leading Rovanperä and Ogier as they headed to Spa for the final four stages.

The final day’s stages were considerably different in character to what had come before, combining twisty public roads in the Ardennes region with access roads around the Spa circuit as well as sections of the racetrack itself. Rovanperä stole a march on the competition in the day’s first stage, where he posted the fastest time to move ahead of Evans and into third. Ogier meanwhile dropped back from his team-mates after sustaining tyre damage.

Rovanperä went on to seal third place by 6.5s over Evans and claim an impressive result for himself and co-driver Jonne Halttunen as the leading Ypres debutants. Evans and his co-driver Scott Martin took fourth while Ogier and Julien Ingrassia finished fifth. Ogier was second-fastest on the rally-ending Power Stage (with Rovanperä fourth and Evans fifth) to gain additional points and strengthen his championship lead, which now stands at 38 points over Evans, who is tied on points with the driver in third. Toyota continues to lead the manufacturers’ standings by 41 points.

Jari-Matti Latvala (Team Principal)
“It was a really close fight between our drivers today and in the end it was Kalle who had great pace and could finish on the podium. He did a strong rally, and that is really nice to see in his first rally back on asphalt after the accident in Croatia. I think all the drivers did a good job this weekend, we just couldn’t fight for the victory because we didn’t have the experience here. On Friday our guys had to learn about the surface and the grip levels and once they had that experience they could match the top times for the rest of the rally, but by then it was a little too late. But we know that we can’t win every rally and still we got important points for the championship this weekend.”