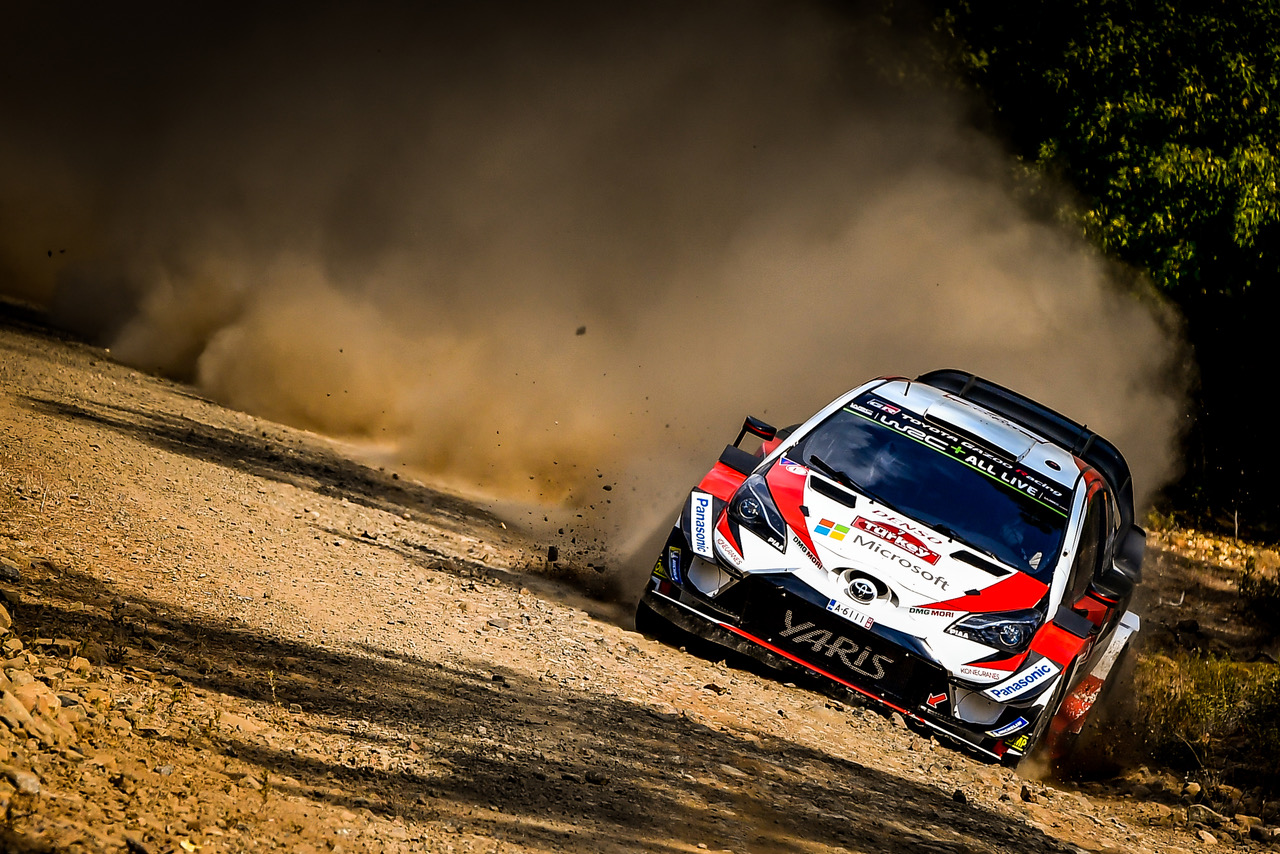 The TOYOTA GAZOO Racing World Rally Team has embarked on an all-new challenge on Rally Turkey, which got underway this evening with a street stage in Marmaris. That followed shakedown, which was the first opportunity to run the cars on the type of gravel stages that will be contested this weekend.

Following a ceremonial start at Marmaris Marina, the crews took on a two-kilometre street stage. Here, Tänak was the fastest Toyota driver in third, with Lappi seventh and Latvala ninth. All three are within four seconds of the rally lead.

Quotes:
Tom Fowler (Chief Engineer)
“As we have not been here before, it was important to use shakedown to check the setup that we established in our pre-event test in Portugal. From the recce we have found that the stages are a little bit rougher than was previously anticipated, so we had to make some adjustments to get the cars a little bit higher. This went well: the drivers were very happy with the cars, the times were pretty good and there were no technical problems. This rally is going to be very tough for everybody and our focus is on reliability and endurance. It is one of the hotter rallies and we have been working hard on our cooling system. From testing we were already confident that we had resolved this, and shakedown increased our confidence with the temperatures running right down where we need them to be. With tonight’s street stage complete without issues, everything is ready for tomorrow.”

Jari-Matti Latvala (Driver car 7)
“It was fascinating to see the stages for the first time in the recce: There are some nice roads as well as some that are really rough. I think it will be a very challenging rally and it will be more about endurance than speed. Already on the first run on the shakedown we had quite a big impact, so we set the ride height to the maximum and then we were working with the car around that to get some more stability. I think a lot of things will happen on this rally so it will be important to stay clean and calm, and that’s how we took the first stage as well.”

What’s next?
On Friday the crews head north-east from the service park towards Mugla for a loop of three stages, run twice either side of mid-day service. The loop begins with the longest stage of the weekend, Çetibeli, which at 38.1 kilometres could already prove crucial to the outcome of the rally.