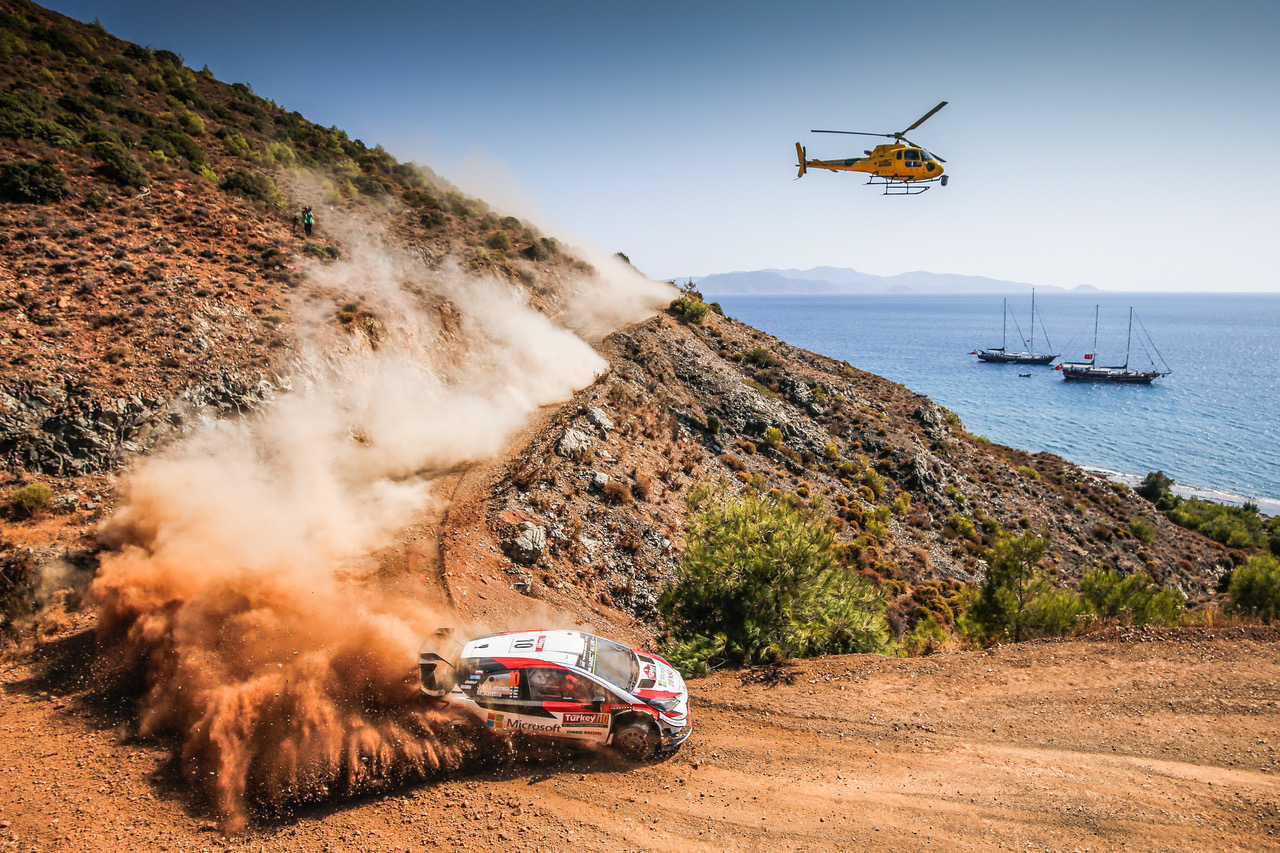 On a high after its victories in Finland and Germany, the TOYOTA GAZOO RacingWorld Rally Team heads to Rally Turkey (September 12-15), which presents an altogether different test over rocky gravel roads. When the event joined the calendar in 2018, the Toyota Yaris WRC proved best-equipped for the new challenge, scoring its first one-two finish: an achievement that was only surpassed by the recent 1-2-3 finish for drivers’ championship leader Ott Tänak, Kris Meeke and Jari-Matti Latvala on Rallye Deutschland.

Rally Turkey is based in the resort of Marmaris on the coast of the Mediterranean Sea, in the south west of the country. The rough and rocky surface combined with high temperatures makes the stages demanding for the cars, especially as the relatively low speeds reduce the airflow for the cooling of engines, transmissions and brakes. This means that avoiding problems can be more crucial to a good result than outright pace.

The rally begins with a super special stage in Marmaris on Thursday evening, before the longest day of the event on Friday, with two loops of three stages (beginning close to the service park before travelling north) totalling 159.14 competitive kilometres. On Saturday the rally heads west of Marmaris for three more stages each run twice. There are four stages in total on Sunday, ending with the Marmaris Power Stage that concludes on the edge of the service park.

“Rally Turkey is the roughest event of the year. In many ways it’s about survival: Last year many of our rivals hit problems, and although we were not the fastest, we drove sensibly and that brought us a great one-two result for the team. This year I expect the roads to be in a better condition, but it will still be necessary to take care and look after the car. Before Germany, we went to Greece to test in the sort of rough conditions we face in Turkey, and to try to keep improving the car on that kind of surface.”

Ott Tänak and Jari-Matti Latvala achieved a one-two for Toyota on an all-new Rally Turkey. The pair occupied fifth and fourth positions respectively at the end of Friday before rising to the top of the leaderboard on Saturday as their rivals hit problems. For Tänak it was his third win in a row after Finland and Germany, a sequence he is aiming to replicate on this year’s event. Esapekka Lappi retired after going off the road on Saturday morning.