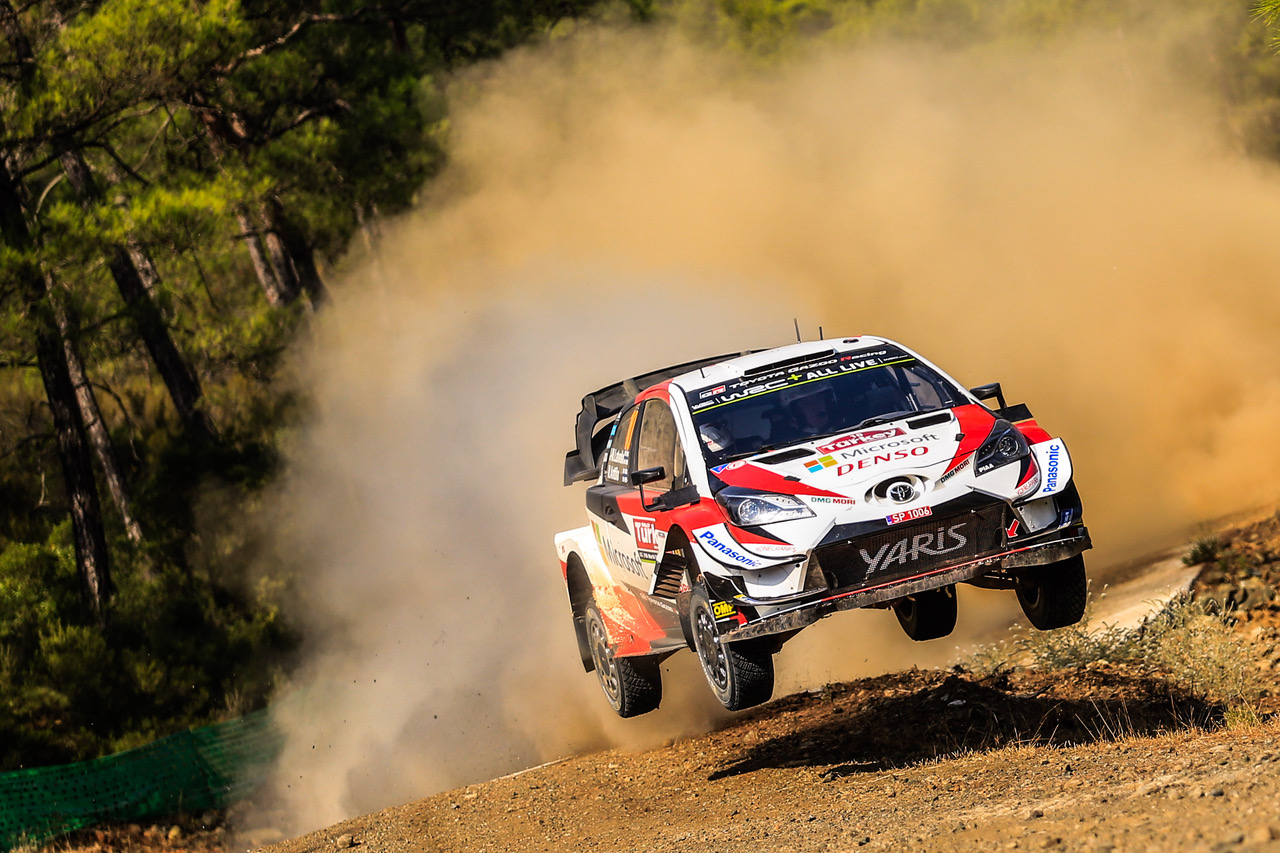 TOYOTA GAZOO Racing World Rally Team drivers Kris Meeke, Ott Tänak and Jari-Matti Latvala are seventh, eighth and ninth respectively following an eventful first full day on Rally Turkey. Demanding conditions contributed to all three losing time, but they remain within the points places and in position to climb the order over the remaining two days.

The team enjoyed a strong start to what was the longest day of the rally, with a total of 159.14 competitive kilometres. Latvala was quickest on two of the three stages during the morning loop, and led after SS2 before holding third overall during mid-day service. Tänak, running first on the road on loose gravel, was sixth, with Meeke close behind in eighth on his debut on this event.

Meeke began the afternoon with a stage win, but all three would then find the going tough on SS6 as heavy rain began to fall. Tänak had his front-right tyre come off its rim, while Meeke and Latvala struggled for grip on worn tyres in the slippery conditions. With Latvala having had the same issue as Tänak on SS5, it meant that all three drivers ended the day over one minute off the lead, albeit separated by a little over 10 seconds.

“It started well this morning. The time on SS2 was surprisingly good, as I didn’t push hard. Then I drove too carefully on the next one, but we were able to compensate a bit for that with a good time on SS4. The car was going well, although we knew the afternoon will be rougher. In SS5 we lost the rear bumper, it got very noisy in the car and I was struggling to concentrate on the pace-notes: I cut a right-hand corner and we had to drive the end of the stage with a flat tyre. We expected the rain to come more for the final stage than for SS6, and so we had the hard tyres on which was the wrong choice, and we lost a lot of time. But this is rallying, and sometimes these things don’t work out. Now we need to look forward as a lot of things can still happen in this rally.”

Saturday features another loop of three stages run twice, heading west from Marmaris along the Datça Peninsula, with stages hugging the coastline in several places. The distance is shorter than Friday, at just over 110.1 competitive kilometres.

Martin Järveoja (Co-driver car 8): “This is a completely new stage for this year, and it’s totally different to the others: it’s really wide and quite fast, and pretty smooth in most places. It should be good fun.”