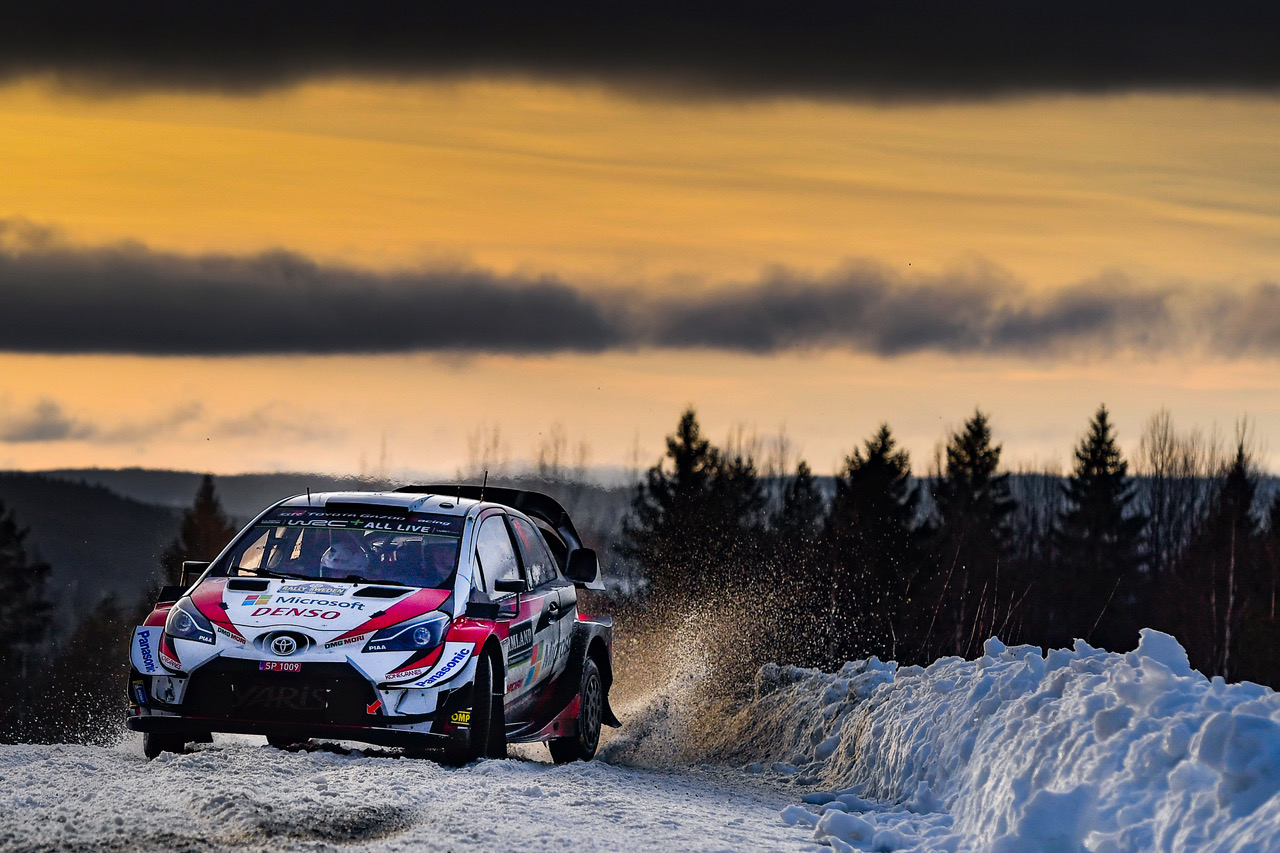 After ending the first full day of the rally on Friday within two seconds of the leader, Tänak immediately claimed first place on this morning’s opening stage. When his nearest rival then went off the road, Tänak’s lead increased to half-a-minute by the mid-day service, and he further extended his advantage with three stage wins after lunch.

Kris Meeke gained two places to sixth at the beginning of the day, and was in a close fight for a podium position during the morning. With the ice and snow continuing to thaw in the mild Swedish temperatures, Meeke was then disadvantaged by his road position in the afternoon by having to run ahead of his rivals and clear the slush and gravel, but he was able to hold on to sixth place. He also recorded the longest jump of 41 metres at Colin’s Crest (named in tribute to his mentor Colin McRae) during the second pass of Vargåsen.

After getting stuck in a snowbank on Friday evening, Jari-Matti Latvala restarted this morning and quickly returned to the pace that had enabled him to fight for the lead, winning the day’s opening stage. He too suffered from his poor road position as the day wore on. Finnish rally legend Marcus Grönholm also restarted in his privately-entered Yaris WRC and completed every stage, enjoying the first loop of stages in particular.

Quotes:
Tommi Mäkinen (Team Principal)
“Ott has really been in control today. He did very well in the conditions yesterday, taking care and not attacking too much, and this paid off today with his good road position. He has been driving very wisely and that has set him up well to take this lead into tomorrow. On the other hand, for Kris and Jari-Matti it has been a struggle, especially in the afternoon. They have been saying that it’s like having another Rallye Monte-Carlo with a lot of slushy snow, and we have seen a lot of off-road moments. Kris is now some way back from the podium, but the guys in front of him are having a big fight and anything could happen, especially in these conditions.”

Jari-Matti Latvala (Driver car 10)
“It was good to restart this morning with the fastest time in Rämmen. It’s a stage I have very good memories of as it was where I celebrated my first win here in 2008. The conditions were really nice this morning but this afternoon it was very demanding, so we just tried to experiment with the setup in preparation for tomorrow. When the roads have been fast and flowing, the car has felt really good but we’ve been struggling in some of the more technical parts, so we’ve been trying to work on this with our sights set on the Power Stage.”

What’s next?
The final day of Rally Sweden tomorrow is made up of three stages. There will be two runs over the Likenäs test to the north of Torsby, where the rally-ending Power Stage will then take place, finishing adjacent to the service park.