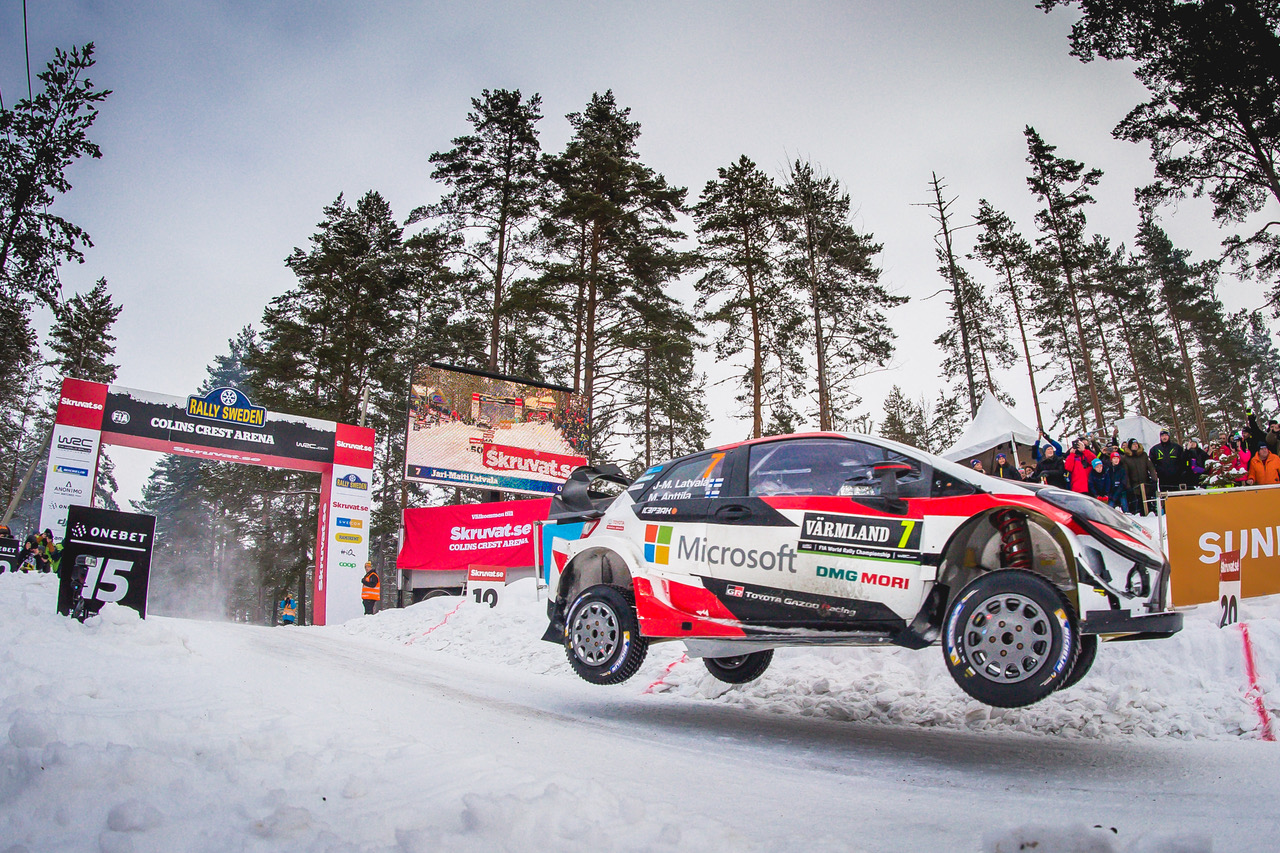 The TOYOTA GAZOO Racing World Rally Team showed a strong level of performance when conditions allowed during the second full day of Rally Sweden. In the morning loop, Ott Tänak won the first two stages and came a close second on the third. Although he later lost time in an incident with another car, he went on to score a fifth stage win of the event in the evening.

Jari-Matti Latvala and Esapekka Lappi ensured all three Toyota Yaris WRCs were in the top four on the opening Torntop test, and then completed a sweep of the top three places on the following Hagfors stage, emphasising the potential of the car. In the afternoon however, as had been the case yesterday, the team’s efforts were compromised by its position near the front of the running order. With stage conditions constantly improving with each passing car, the fastest times were set by those further down the running order. Lappi ended the day sixth, only nine seconds away from fifth, and 57.5 seconds ahead of Latvala. Tänak had closed to within half a second of Latvala before SS13, but then lost a minute-and-a-half after an incident while trying to pass a slower car. This dropped him back to ninth, but he did go on to win the super special stage in Karlstad, just as he had done when the rally began on Thursday night.

Jari-Matti Latvala (Driver car 7)
“This morning was going well: I felt good and was enjoying the driving. This afternoon however the car was not behaving well at all. The front differential was not working correctly and I was losing a lot of time, but we are changing the transmission in service so this should be sorted out for tomorrow. Then I’m sure the confidence will come, and if I am feeling good on the start line before the Power Stage then there’s a chance we can score some points there.”

What’s next?
The final day of Rally Sweden consists of just three stages, beginning with two runs over the 21.19-kilometres Likenäs test in the morning. The crews will then return to the service park in Torsby for a regroup, before the Power Stage takes place on the nearby 9.56-kilometre Torsby test that was previously run on Friday night.