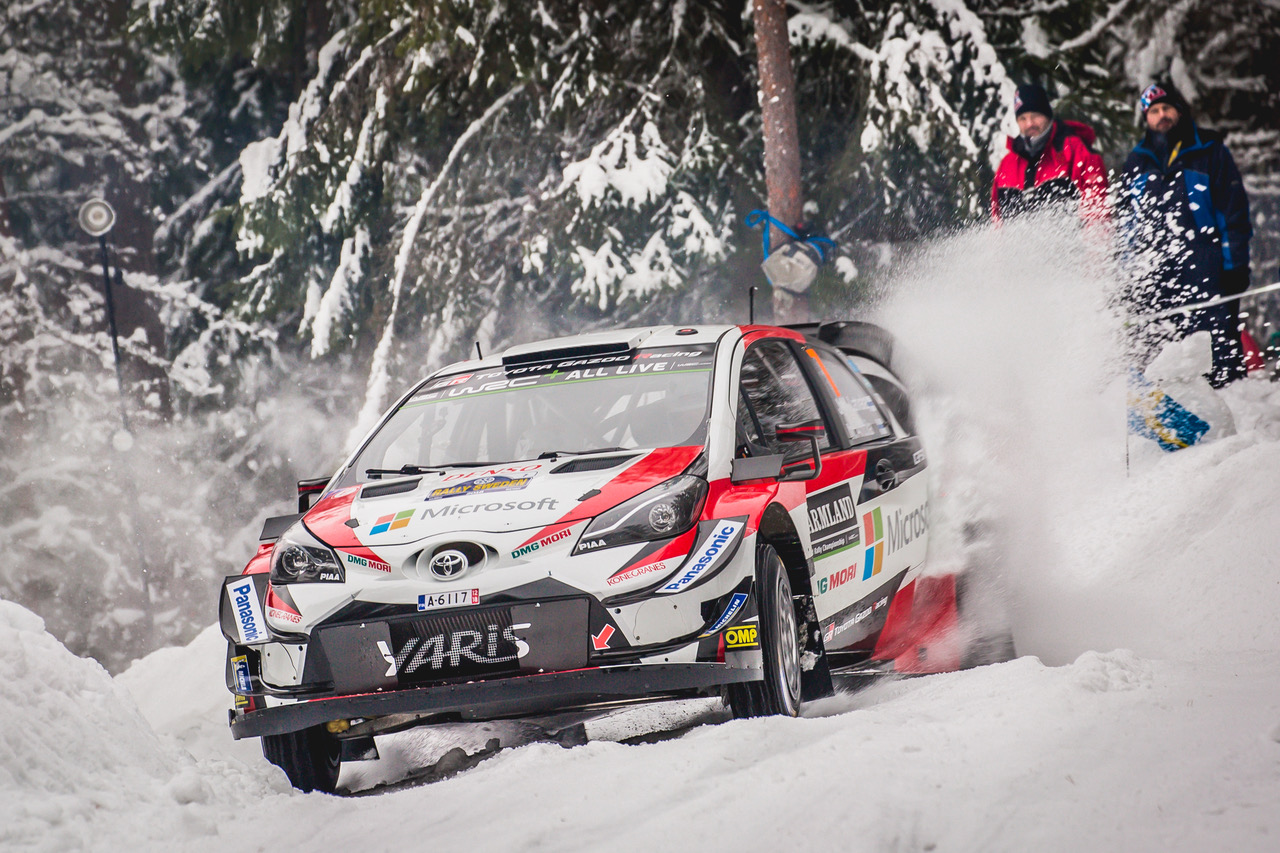 The first full day of Rally Sweden proved to be tougher than expected for the TOYOTA GAZOO Racing World Rally Team. The team began the morning well with a stage win but was disadvantaged by the conditions on the snow-covered roads, which considerably favoured the drivers running further down the starting order.

Following fresh snowfall, Ott Tänak’s confidence behind the wheel of the Toyota Yaris WRC was clear to see as he won the opening stage of the day, increasing the rally lead that he had established last night. On the subsequent stages however, both Tänak and Jari-Matti Latvala suffered from running second and third on the road: a result of their excellent podium finishes on Rallye Monte-Carlo. This forced them to sweep loose snow from the surface and created quicker conditions for the drivers behind. Running further down the order, Esapekka Lappi was able to set some strong stage times and climb from eighth to second position over the day’s first four stages. On stage six, he ran wide at a junction and collected a large amount of snow in his car’s air filter, reducing the amount of power available. He lost half a minute and ended the day in seventh position, one place in front of Latvala and two places in front of Tänak.

Jari-Matti Latvala (Driver car 7)
“It has been a really demanding day. Firstly, we had the fresh snow this morning and then on the second pass through the stages we had to follow the narrower lines of the historic cars and it was extremely slippery outside of those lines. I could not really push any more than I did, but that’s the way it is. I have been quite happy with the car and tomorrow will hopefully be a more positive situation for us.”

What’s next?
Tomorrow’s schedule features eight stages, beginning in the morning with a loop of three tests. Among these is the Vargasen stage which features Colin’s Crest, a famous jump named in honour of 1995 World Rally Champion Colin McRae with an award given for the furthest leap. The three stages are repeated after mid-day service, before a second visit to the super special stage in Karlstad and the Torsby Sprint test next to the service park.