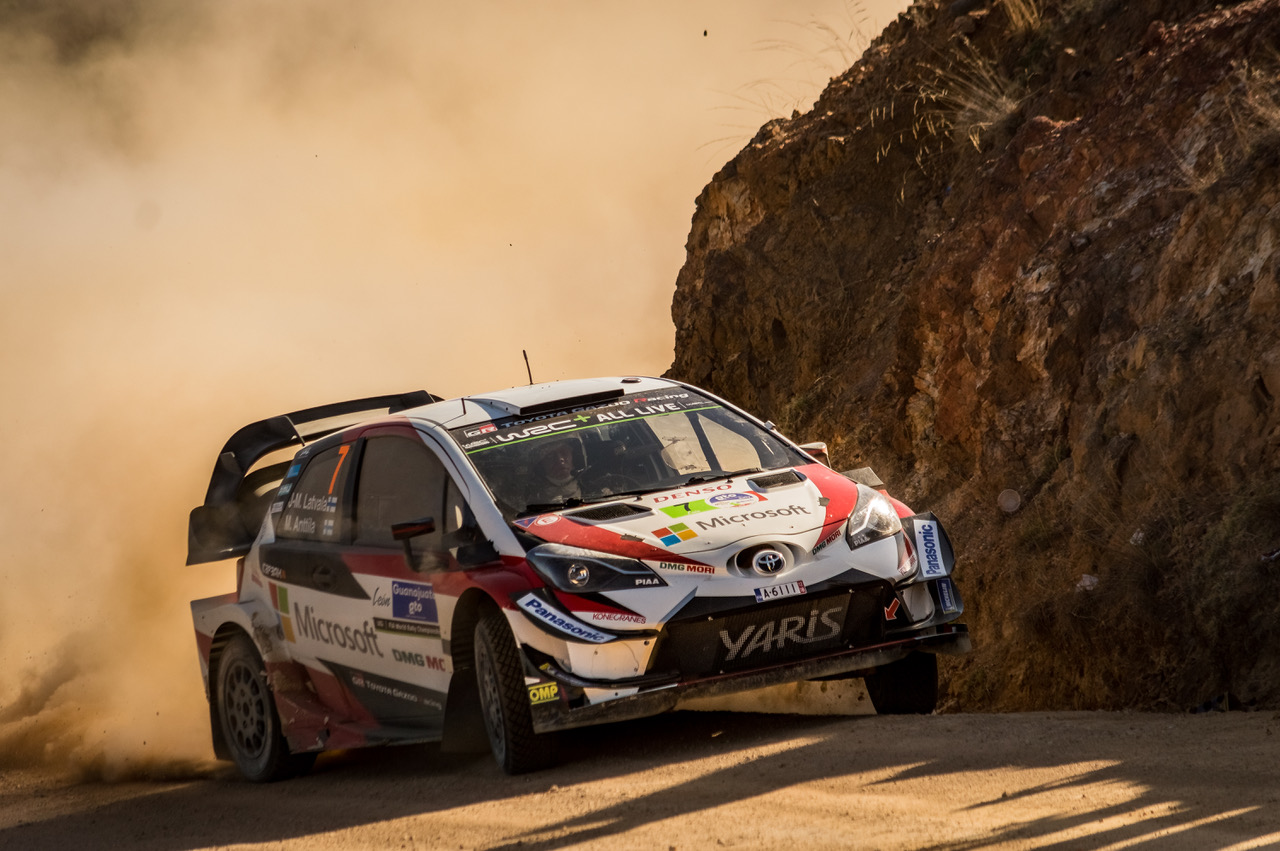 The TOYOTA GAZOO Racing World Rally Team goes into the final day of Rally Mexico with the aim of picking up points at the end of a gruelling event. Both Jari-Matti Latvala and Esapekka Lappi restarted this morning, with Latvala climbing up the leaderboard during the day into ninth position overall, but Ott Tänak’s victory hopes ended when he was forced to retire from the leg.

Both Latvala and Lappi completed all of the day’s nine stages. With the running order for the day set prior to Latvala’s retirement late on Friday, he had to run second on the dusty gravel roads but still managed to post two top-three stage times. He moved back into the points positions and is within a minute of eighth position overnight. With his main objective now to gain further experience on his first time competing in Mexico, Lappi also posted some competitive stage times, including third on the second stage of the day and second on the León street stage at the end of the day.

Quotes:
Tommi Mäkinen (Team Principal)
“Rally Mexico has certainly been a demanding event for our team so far. What happened to Ott this morning was obviously very disappointing for everybody, as he was in a very strong position to fight. We need to keep working harder and learn from the difficulties we have had here. Still, there is a very positive feeling that we can take from Ott’s performance here. I think he still has a lot to learn about the car, so for him to be so quick on his first time on gravel is really promising for the coming events. For Jari-Matti, his road position has not helped him today but at least he should score some points, while Esapekka has been able to keep learning.”

Jari-Matti Latvala (Driver car 7)
“I don’t think it’s ever been as hot in Mexico as it was this afternoon. For sure, it was asking a lot from the cars and the tyres. But overall it was a consistent day with no problems. Step by step we were improving. I hope the final day will be good for us because it has faster, more flowing stages which suits me and the car. These are my favourite stages in the rally. We will try to get eighth as the points could be very valuable for the championship, and of course there is a chance in the Power Stage too, so we have to keep attacking.”

What’s next?
The final day of Rally Mexico consists of three stages: the 24.32-kilometre Alfaro at 8:18 followed by two runs over the Las Minas stage, with the second pass also serving as the rally-ending Power Stage, which is due to start at 12:18.