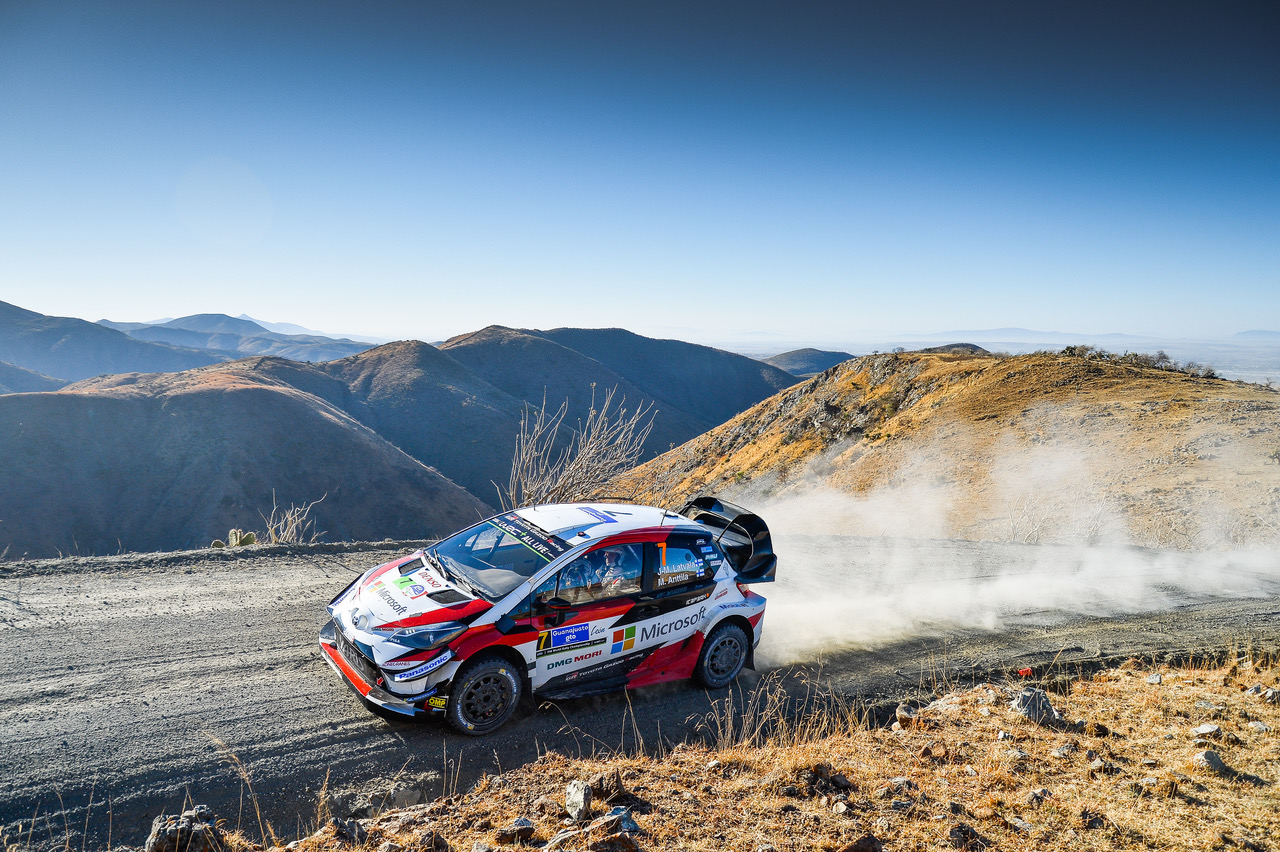 A tough Rally Mexico for the TOYOTA GAZOO Racing World Rally Team ended on a high with the team winning all three of the stages on the final day. Jari-Matti Latvala took the first fastest time as he secured eighth overall, before Ott Tänak scored two more stage wins, including on the rally-ending Power Stage to take home five bonus points.

Latvala had to restart under Rally 2 rules on Saturday after a technical issue on Friday evening, but despite a time penalty, he managed to get back into the points positions and finish eighth overall. He won the day’s first stage, Alfaro, by 9.7 seconds. He was then second on both runs over Las Minas, scoring four bonus points on the Power Stage.

Quotes:
Tommi Mäkinen (Team Principal)
“Today has been a positive way to end a difficult weekend. To win all three stages was a big bonus for us and we were happy that it worked out on the Power Stage for Ott to score some important points. It was good to see that his car was performing as it should: the team did a good job to fix the problem yesterday. I was also pleased to see Jari-Matti also do some good times today and that he was enjoying the driving. It was obviously disappointing to have the technical issues earlier in the weekend but to score good points today has made everyone happy and we are looking forward to the next event.”

Jari-Matti Latvala (Driver car 7)
“I had a fantastic feeling this morning and the car felt very good. We had a really big push and won the first stage. Then the second stage was also really good, even though we had to save the tyres a bit. In the Power Stage I gave it everything and I’m really happy to finish second fastest with my road position. It has been a difficult weekend but to retire from one day and still come back and score eight points is good. Overall I know that the car performance is there, and now I am starting to find the performance in myself.”

What’s next?
Round four is the Tour de Corse on April 5-8. The classic event on the French island of Corsica is famous for its narrow and twisty asphalt stages, which give it the nickname ‘The Rally of 10,000 Corners’. Mountainous stages lined by rock faces on one side and steep drops on the other, numerous surface changes and long stages provide a major test for the drivers.