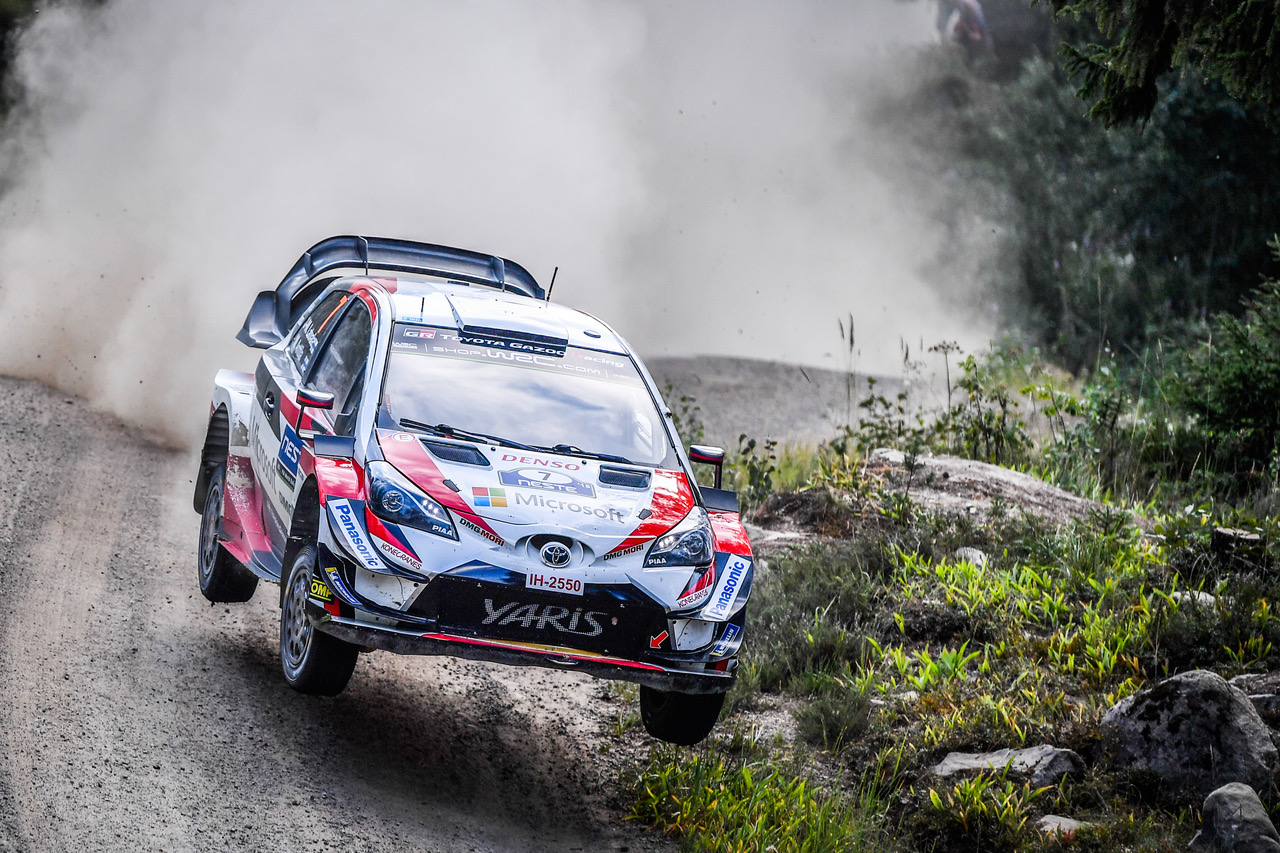 The Toyota Yaris WRC continues to lead Rally Finland after an exceptional performance on Saturday, when it won all eight stages. Ott Tänak increased his leading margin to 39 seconds, Jari-Matti Latvala consolidated his podium position and Esapekka Lappi charged from eighth to fourth. During the afternoon, the three Toyota drivers posted the three fastest times on three consecutive stages, demonstrating the team’s strength on its home roads.

Tänak won all four stages in the morning loop as he opened his rally lead up from 5.8s to 23.7s by mid-day service. Despite then adopting a more cautious approach in the afternoon, he continued to out-pace his nearest rival to sit more than half a minute clear with four stages remaining on Sunday.

Latvala displayed consistent speed throughout the day – sharing a stage win with Tänak at the start of the afternoon – to close on the driver in second place overall, reducing his deficit to 5.4 seconds. Lappi gained two places on the first stage of the day and another two later on as he won each of the last three stages.

Quotes:
Tommi Mäkinen (Team Principal)
“Today has been absolutely brilliant. The performance from all three drivers and from our car has been incredible. Ott is making it look very easy, which of course it isn’t! His speed this morning was amazing, and he seems to be in control of everything. Jari-Matti and Esapekka have been getting better and better as well, and they clearly had the confidence to push very hard this afternoon. Tomorrow is going to be an interesting day, particularly with such a small gap between Jari-Matti and second place.”

Jari-Matti Latvala (Driver car 7)
“It has been really enjoyable today. There was still a little bit of speed missing during the morning loop but we made some changes to the car in mid-day service and I started to get a better feeling and I could start to push more. This meant that I was wearing my tyres a lot, but it was amazing how fast we were still able to go. Of course, we need to try and attack tomorrow and try to get second place. But of course, if you do risks they need to be controlled risks and that’s important.”

What’s next?
Sunday consists of four stages located to the east of Jyväskylä, with two runs over the Laukaa and Ruuhimäki tests. The second pass of Ruuhimäki, scheduled for 13:18 local time, will be the rally-ending Power Stage before the finish ceremony in the Jyväskylä service park.