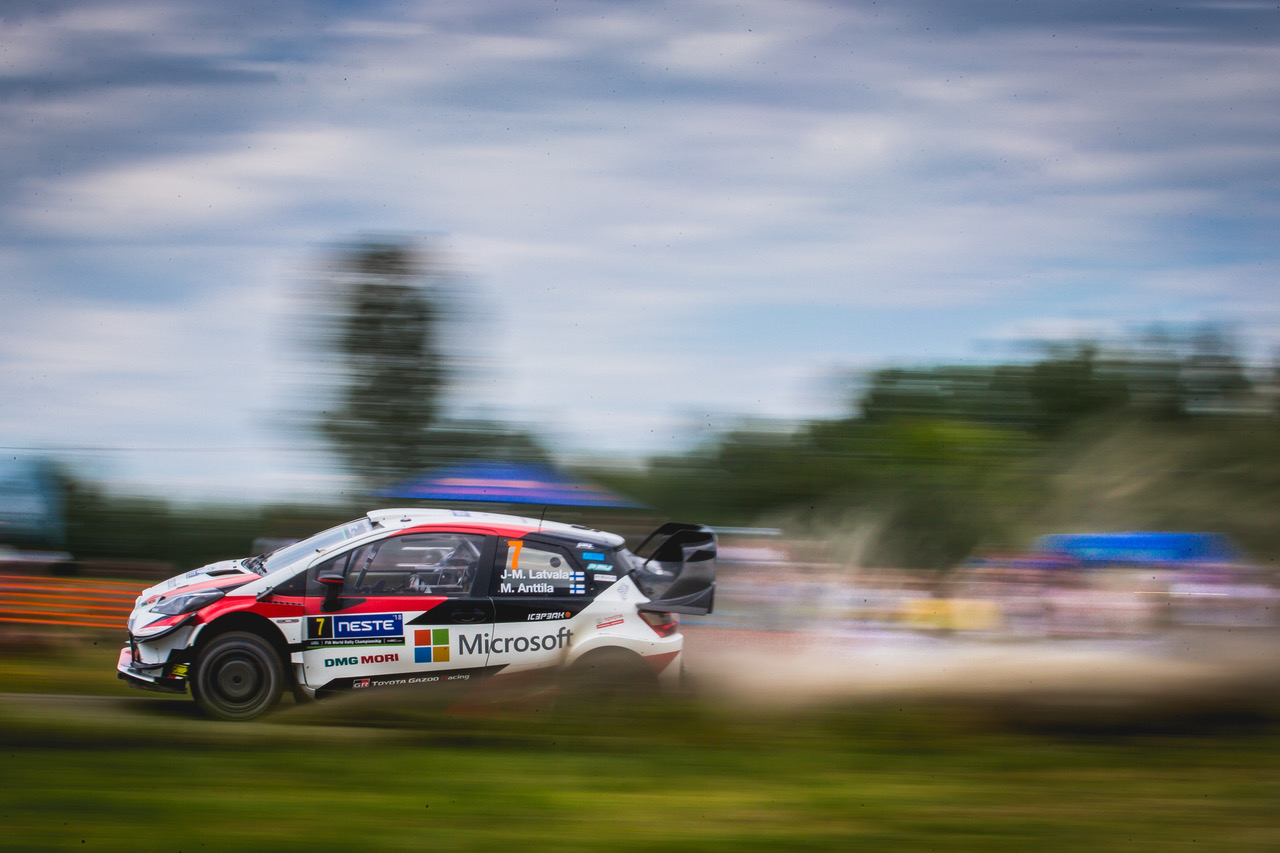 Already leading after the opening stage in Jyväskylä on Thursday evening, Tänak then won the first stage of Friday with an impressive drive. Despite his unfavourable road position, he had a close battle with Mads Ostberg over the rest of the day, with the pair trading places and even setting identical fastest times on the 20-kilometre-long Moksi 2, before Tänak took control in the evening. Latvala enjoyed a positive day on home ground, adding another stage win for Toyota on the second stage of the morning loop. He ended the day 23.1s off the lead and 13.3s ahead of fourth. Esapekka Lappi lost time on the day’s first stage when he stalled in a junction, but he showed strong speed in the afternoon, including being part of a top-three lock-out of the fastest times on SS9 for the Toyota Yaris WRC. He ended the day eighth, just 2.5s behind sixth.

Jari-Matti Latvala (Driver car 7)
“I think today has been pretty good. On the first stage it was difficult to get into the rhythm, but then I found it on the second stage. I also made the car a bit stiffer to have some more stability, and since that I’ve been happy. I was a bit too careful on the first stage this afternoon but I was able to fight back and claim third position. I am enjoying the driving and hopefully I can improve a bit more tomorrow.”

What’s next?
Saturday is the longest day of the rally, with 142.86 competitive kilometres spread over eight stages around the town of Jämsa to the south of Jyväskylä. These include Pihlajakoski – the only stage unchanged from 2017 – and Kakaristo, a new stage that includes sections from the famous Ouninpohja test.