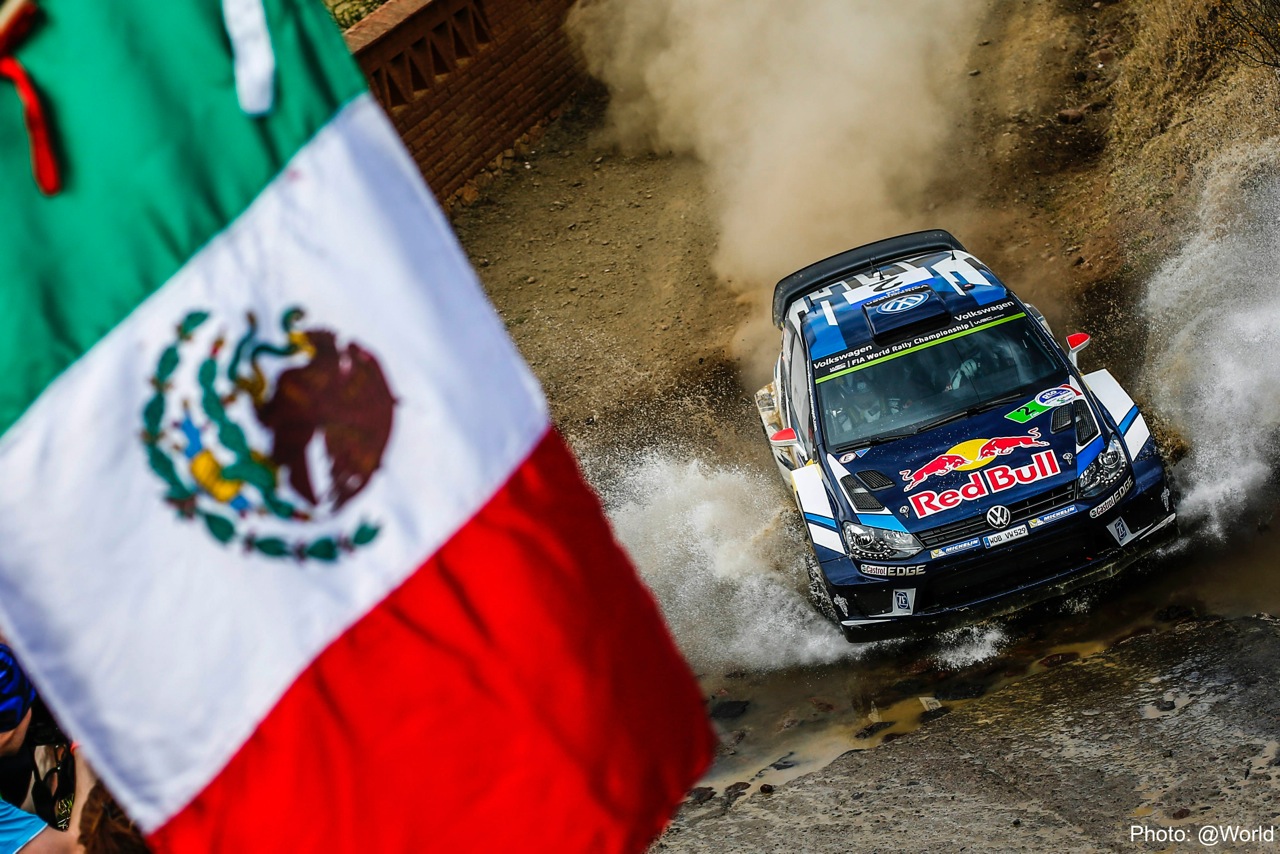 Fireworks and full throttle celebration in Guanajuato: Volkswagen experienced an emotional start to the Rally Mexico in front of thousands of celebrating fans. In the silver mine city of Guanajuato, which is a World Heritage Site, Sébastien Ogier/Julien Ingrassia (F/F), Jari-Matti Latvala/Miikka Anttila (FIN/FIN) and Andreas Mikkelsen/Anders Jæger (N/N) in the Polo R WRC were the highlights of the night of rally nights. On the two spectator stages – the world-famous “Street Stage Guanajuato” and the special stage completed twice at the Autodromo just outside Léon –Ogier/Ingrassia pushed Thierry Neuville/Nicolas Gilsoul (B/B, Hyundai) and their Volkswagen team-mates Latvala/Anttila and Mikkelsen/Jæger into positions two to four.

The first real challenge comes on Friday morning with the classic stage “El Chocolate”. Here, after a long ascent of 45.6 kilometres, the World Rally Cars reach the “roof” of the WRC at 2746 metres above sea level – a real test for man and machine.

Jari-Matti Latvala, Volkswagen Polo R WRC #2
“The start of the Rally Mexico lived up to its reputation as the best opening ceremony on the calendar once again. There are more people every year and the atmosphere is unique. I’m happy with the times. The priority on the short spectator stages such as the three today is not to make any major errors – but also not to lose too much time. We did well today. The ‘El Chocolate’ stage on Friday is of a totally different calibre. You have to be wide-awake right from the start.”

Jost Capito, Volkswagen Motorsport Director
“An atmosphere like that in a football stadium, the fabulous backdrop of Guanajuato and precise driving skills of the drivers – the opener of the Rally Mexico is unparalleled on the WRC calendar and everything was in order once again this evening. Kudos to the organisers, who did a fantastic job. Volkswagen got off to a good start – however, the Rally Mexico only really gets going on Friday. The highest point of the WRC season at more than 2700 metres above sea level and a 54-kilometre stage first thing in the morning – that is a real challenge that we are looking forward to taking on. After this emotional start today, the drivers are extremely motivated.”