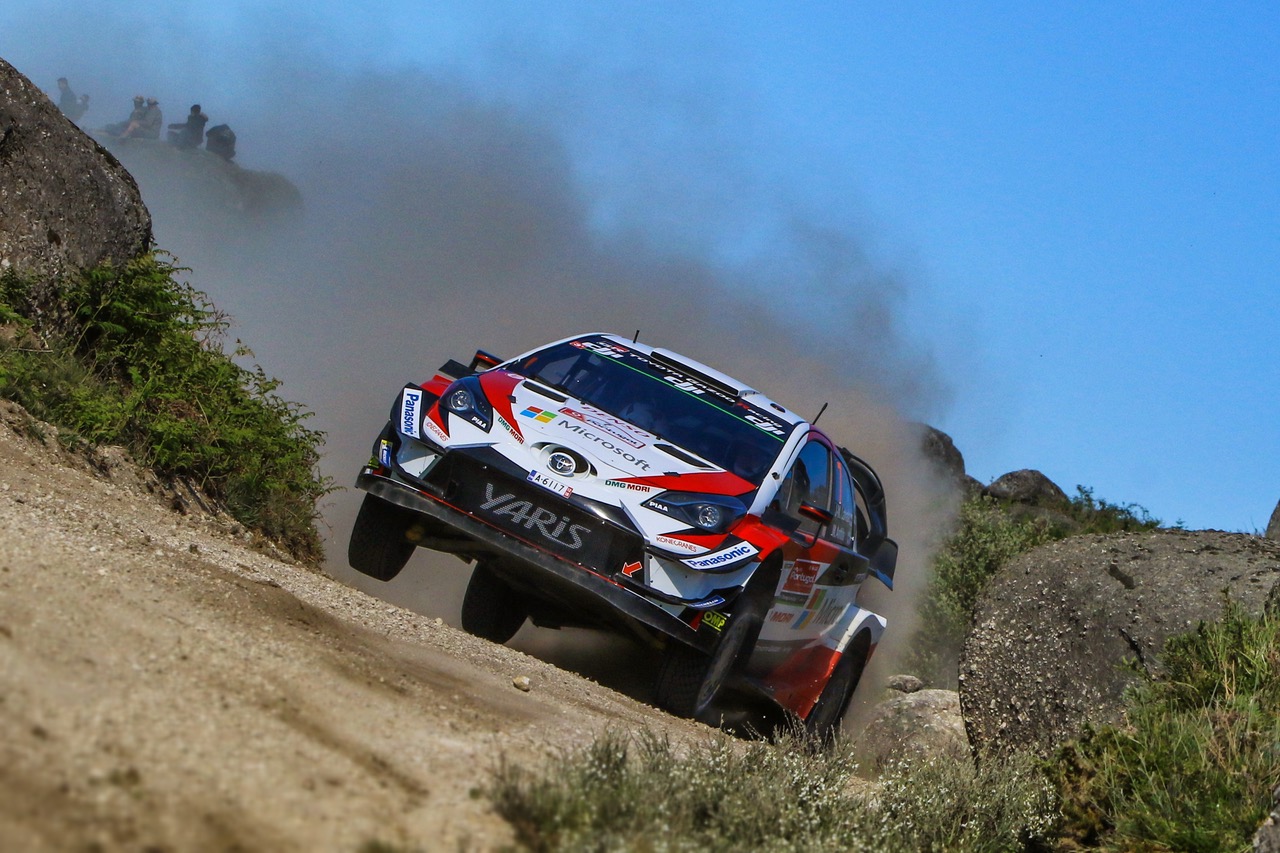 Toyota Yaris WRC driver Esapekka Lappi finished in fifth position on Rally Portugal following a strong performance on the final day that featured two stage wins, including on the Power Stage. Team-mate Jari-Matti Latvala also enjoyed a positive conclusion to the event, taking his third stage win of the weekend and bringing the team’s total for the rally to six.

The last day in Portugal was made up of five short stages in the Fafe region, and Lappi made a flying start with a stage win on the opening test to move up from fifth to fourth overall. He traded the position with Dani Sordo over the next two stages, but after the rally he was given a 10-second time penalty for an infringement on Friday evening’s street stage, which dropped him back to fifth. He did however take victory on the rally-ending Power Stage, claiming five bonus points to move up to fifth in the drivers’ championship.

On the middle stage of the day, Luilhas, Toyota claimed a one-two in the stage results, with Latvala posting the quickest time and Lappi in second. Latvala had been forced to retire on a tough Friday for the team (when Ott Tänak’s rally also came to an early end) but was able to return under Rally 2 rules on Saturday and show his strong pace in the Yaris WRC over the final two days.

Quotes: Tommi Mäkinen (Team Principal)
“It is good to have finished Rally Portugal on a positive note. It was obviously a disappointing start on Friday for everybody, but it was good to then see Jari-Matti back in action and for him to get two good clean days behind the wheel. Esapekka did very well to challenge for the podium, and he had a great fight against Teemu Suninen: it was nice to see these two young Finns pushing each other so hard. Esapekka didn’t win the battle on this occasion, but he still managed to get five points from the Power Stage, which was really nice to see and a good reward for his effort over the past two days. Overall, we will try to learn from this weekend and be stronger next time.”

Jari-Matti Latvala (Driver car 7)
“Today was another good day, with another stage win. Of course, I tried to go for points on the Power Stage and give everything I could. It was a very good run; I don’t think I could have driven much better, but there was a very big cleaning effect on the Fafe stage today and I was the first World Rally Car on the road. I am happy though because the confidence is improving a lot. We had the problem on Friday but at least I could then drive two clean days without any mistakes. We could also learn something on today’s stages, which were more technical than before, about the setup that we need for Sardinia. I feel very positive going there.”

What’s next?
Next on the FIA World Rally Championship is another event on soft and sandy gravel in the south of Europe: Rally Italia Sardegna (June 7-10). Based in Alghero in the north west of the island of Sardinia, the Italian round of the series features fast and narrow stages. Exposed rocks, as well as trees at the side of the road, can catch out the unwary, while temperatures can often be high.