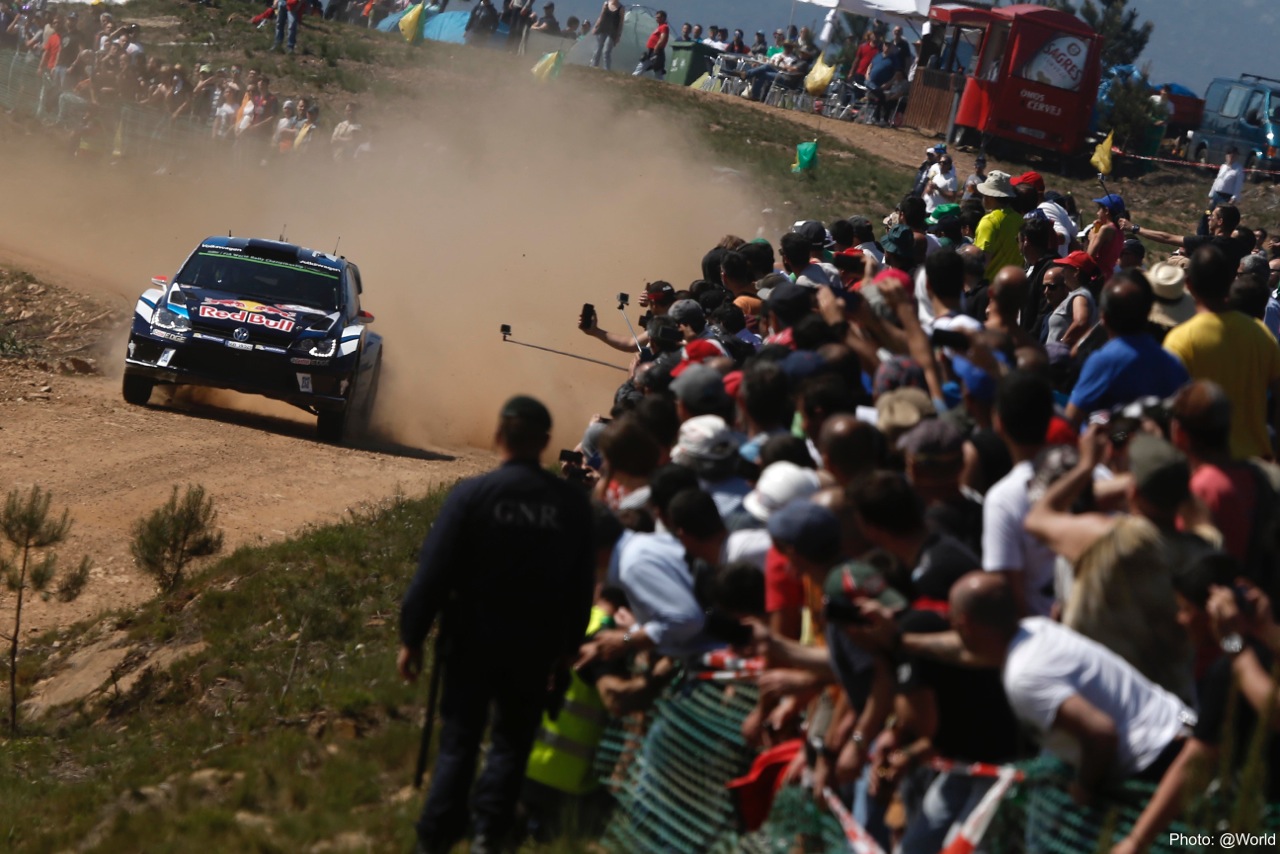 A dramatic opening, with Volkswagen well-placed for the rest of the rally: Sébastien Ogier/Julien Ingrassia (F/F) and Andreas Mikkelsen/Anders Jæger (N/N) are second and fourth in the Polo R WRC after the first third of the Rally Portugal. With the route placing huge strain on the cars, both duos paced themselves intelligently on the first day of round five of the FIA World Rally Championship (WRC). With two day remaining, they are currently 31.9 and 52.3 seconds behind overall leaders Kris Meeke/Paul Nagle (GB/IRL, Citroën).

Incidents came thick and fast on Friday afternoon of the Rally Portugal, with each of the manufacturers involved in the World Rally Championship suffering set-backs. Volkswagen duo Jari-Matti Latvala/Miikka Anttila (FIN/FIN) struck a hole on the extremely demanding fifth stage – “Ponte de Lima” – which broke the power steering and led to the Finnish pair losing 45.6 seconds. They ended the day in ninth place, still in the top ten thanks to a truly remarkable effort.

Quotes after day one of the Rally Portugal

Jari-Matti Latvala, Volkswagen Polo R WRC #2
“After the weather conditions meant my set-up, and thus my times, were not ideal in the morning, I wanted to push hard in the afternoon. However, as early as the fifth stage I damaged my power steering when I hit a hole. That obviously put paid to my sporting ambitions at the Rally Portugal. I am pleased that we were able to get the car back to the service.”

Jost Capito, Volkswagen Motorsport Director
“The opening day of the Rally Portugal really had the lot. The route was extremely coarse, rutted, and large stones had been ripped out of the roads. Under these circumstances, Sébastien Ogier and Andreas Mikkelsen paced their day intelligently and deserve to be within striking distance of the podium. Unfortunately, Jari-Matti Latvala did not have any luck and damaged the power steering on stage five. However, he then produced a genuine feat of strength, battling to save every second. All in all, we are happy with the start. We will do everything in our power to make up ground on the opposition over the next two days.”

… “Professors” Jose Azevedo and Rui Cabeda. For a day, at least. The two Portuguese Volkswagen mechanics were on hand to answer questions during an open lecture to an audience of about 300 at the university in Guimarães. At the invitation of Red Bull Portugal, they offered an insight into everyday life in the FIA World Rally Championship (WRC), provided technical information and explained presentation objects – dampers and brake disks from the Polo R WRC. After the theory came the practical – the Rally Portugal, in their more familiar roles as mechanics for Jari-Matti Latvala and Miikka Anttila.