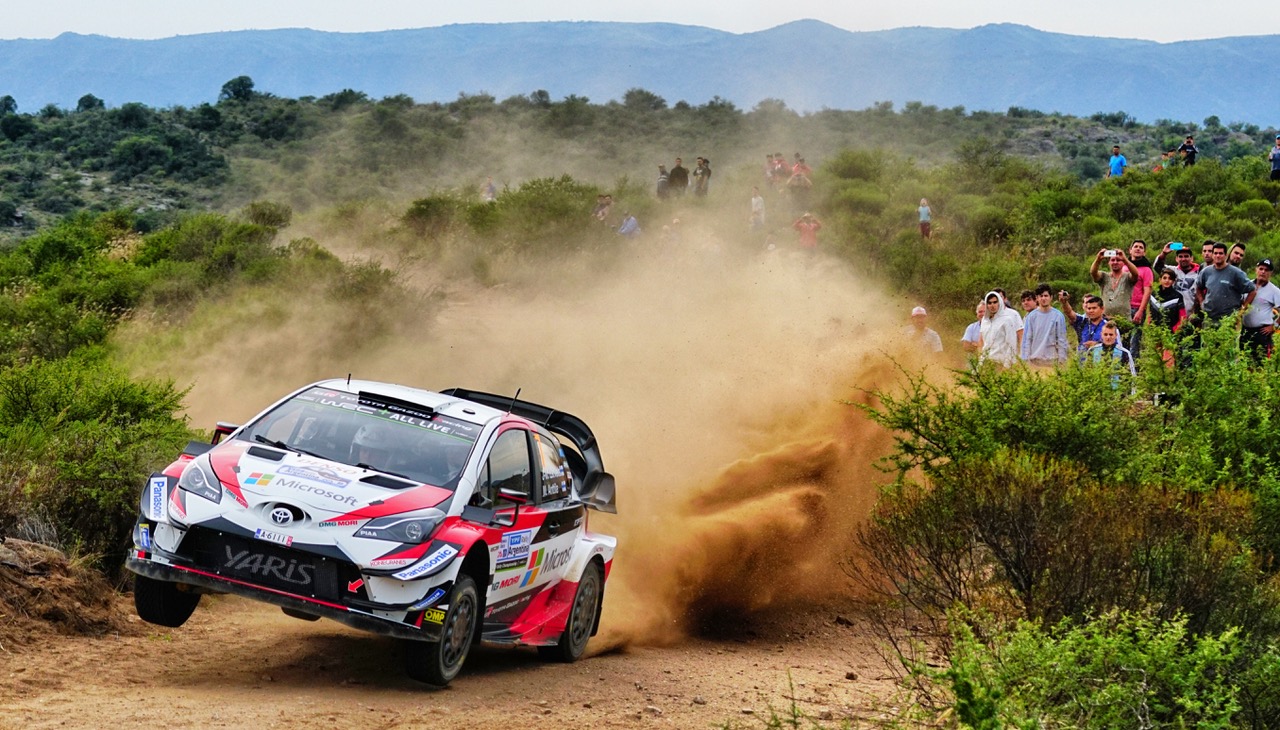 Ott Tänak leads Rally Argentina by 22.7 seconds at the end of the first full day following an outstanding performance in his Toyota Yaris WRC, winning five of the seven stages. Esapekka Lappi also showed good pace on his Argentina debut and ended the day in eighth place. Jari-Matti Latvala was battling for the lead when he hit a hidden rock, forcing him to retire from the rally.

Latvala had to stop on SS3 after hitting a rock on the exit of the corner which was masked by shadows. The impact broke the front-right suspension on his car, and this in turn caused a failure of the engine lubrication system, meaning that the car had to be retired from the rally. Before that, he had demonstrated his speed, matching Tänak in the split times.

Jari-Matti Latvala (Driver car 7)
“I had a perfect feeling with the car this morning. The Yaris WRC is going so well here, and it was so easy to drive. I was really enjoying it. The second stage of the day was going really well and actually getting better and better as it went on. Then we came to a long right-hand corner and at the exit of the corner I hit a rock which I didn’t see hidden in the shadows. Immediately the front-right suspension was broken and one of the oil pipes was damaged, so I had to stop. On this rally there are so many rocks: sometimes you are lucky with them and sometimes you are unlucky, and I think I was unlucky. It is very frustrating because we were in such a good rhythm. My co-driver Miikka was really frustrated too, because he knew that I was not attacking too hard. I just need to put this behind me, and hope that I can get that good feeling again on the next rally. One thing is for sure: the car is really fast.”