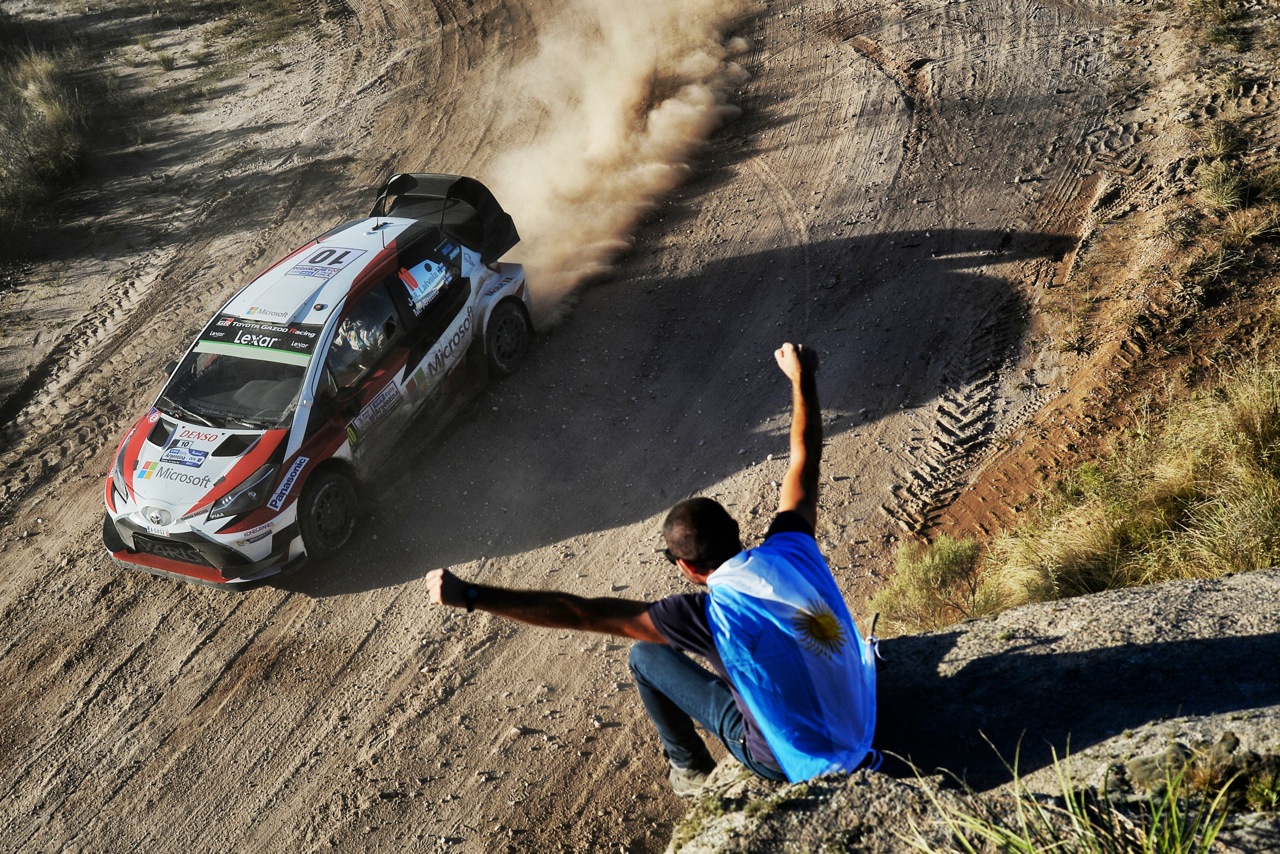 The TOYOTA GAZOO Racing World Rally Team returns to Latin American gravel for round five of the season, Rally Argentina, on April 26-29. After a fine second place finish on the asphalt of Corsica last time, the team will once again hope to demonstrate its progress with the Toyota Yaris WRC, driven by Jari-Matti Latvala, Ott Tänak and Esapekka Lappi.

Rally Argentina provides a diverse gravel test, with everything from sandy valley roads to rocky mountain tracks. The softer stages can be prone to heavy rutting as more cars pass over them, while fog and even ice can sometimes be found in the mountain sections.

The event is based in the lakeside resort of Villa Carlos Paz, around a 30-minute drive from the city of Cordoba, and where the rally will begin with a super special stage on Thursday night. Friday will consist of two loops of three stages in the Calamuchita Valley, punctuated by a super special in a theme park in Villa Carlos Paz just prior to mid-day service. That will be run again on Saturday between two loops of three stages in the Punilla Valley. That rally then ends with three stages on Sunday in the Traslasierra mountains, including two passes of the famous El Condor, the latter as the Power Stage.

Quotes:
Tommi Mäkinen (Team Principal)
“I am sure we will go better in Argentina this year than we did last year, as we learned a lot from there last year and of course over the whole course of the year since then. Our car is improving all the time, and it’s always easier when you go to a rally for the second time. However, it’s also true that our rivals are stronger than ever, so I think everyone will start the rally on a very equal footing, which should make it a nice battle. We have been testing in Sardinia, as those are the closest conditions you can find in Europe to Argentina: I think it’s quite representative. In Argentina you have many different types of road surface – some soft, some hard, some with rocks, some quite clean – and adapting to them all is probably the biggest challenge. Hopefully, with the latest improvements we have brought to the car, it can be strong under all those different circumstances and on different roads: this is our aim. The drivers seem to be happy, and I remember from when I was driving that Argentina was one of my favourite rallies. It’s very difficult, and a huge challenge, but also a lot of fun to drive.”

Jari-Matti Latvala (Driver car 7)
“Argentina is a place where I have had some very enjoyable moments in the past, including my win there in 2014. It is a really challenging event and that makes it very satisfying when things are going well. There is a nice mixture of different stages over the weekend, from the fast and sandy roads in the valley on Friday to the rougher mountain stages on Sunday, including the famous El Condor, which is the Power Stage again this year. It is always a very spectacular stage with all of the fans up on the hillsides cheering us on. Argentina is a very demanding rally for the cars, and we learned a lot there as a team last year. Together, we are working hard to constantly improve the car, and hopefully we can show some good progress. It would be good to get some more points on the board.”

What happened last year?
Both Toyota entries on last year’s Rally Argentina completed the event well inside the top 10, with Jari-Matti Latvala in fifth place and Juho Hänninen two places behind in seventh. Both drivers were delayed by issues during the event, but the mileage gained was crucial for helping the team to make further progress with the Toyota Yaris WRC in its debut season.