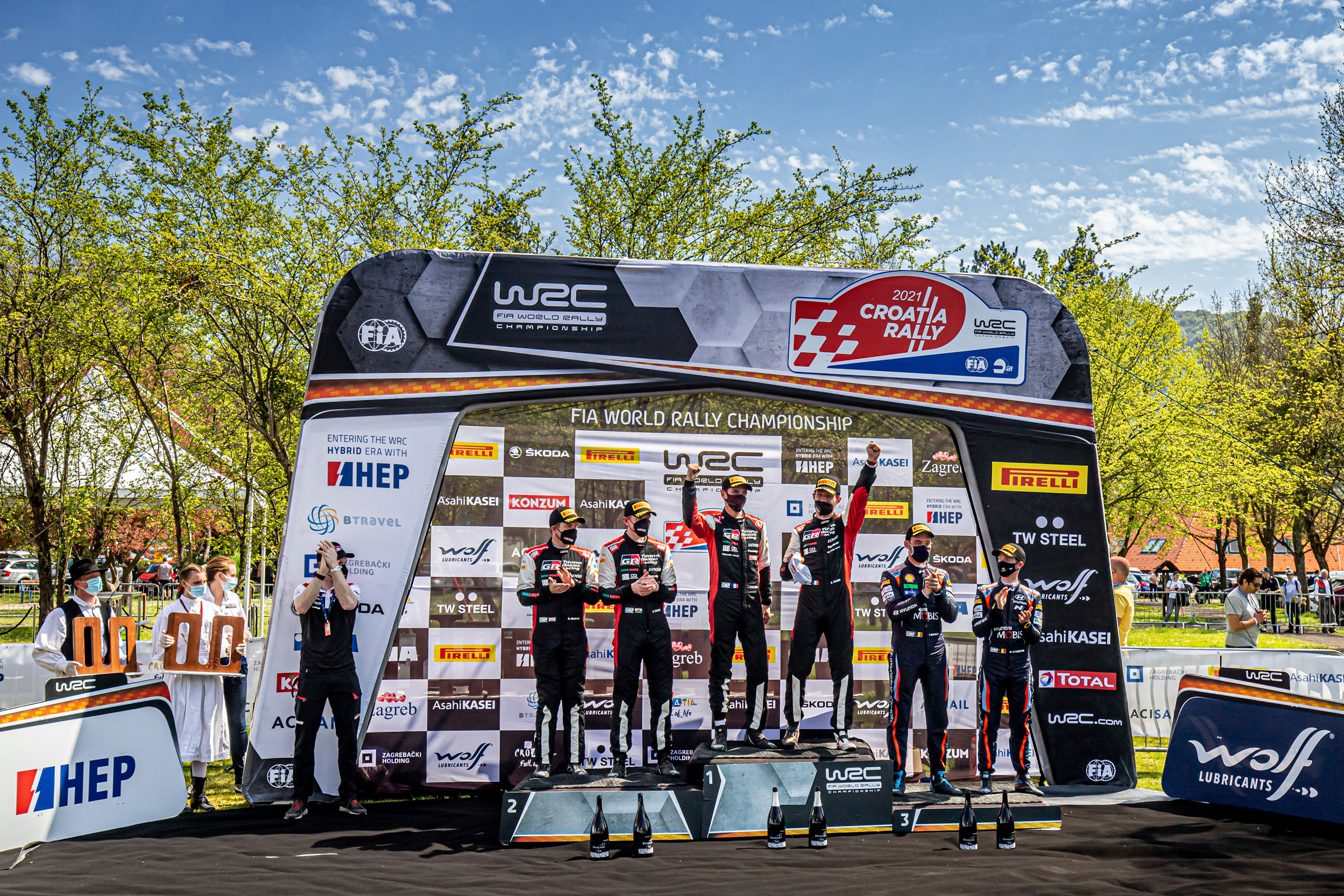 The TOYOTA GAZOO Racing World Rally Team claimed another one-two finish in a thrilling conclusion to the first ever Croatia Rally held as part of the FIA World Rally Championship. In a final-stage decider that went right down to the last metres, Sébastien Ogier and Julien Ingrassia claimed the victory by just 0.6 seconds over their team-mates Elfyn Evans and Scott Martin in one of the WRC’s closest ever finishes.

Just 10.4s covered the top three cars going into the final day of the rally, with Ogier 6.9s in front of Evans. In the opening two stages of the final day, Evans was the fastest driver and took the lead away from Ogier – who had earlier been involved in a traffic incident on a road section, from which everybody thankfully came away safely. His car was able to continue in the rally, albeit with damage to the right-side door and aerodynamics.

Evans and Ogier began the deciding Power Stage separated by 3.9s, and needing to push to secure the one-two result with only a narrow margin back to third place. In the end, Ogier was fastest through the stage and claimed the victory, Evans completing 4.5s slower after running wide close to the end. The final winning margin was the third closest in WRC history.

With a maximum points haul, Ogier moves back to the top of the drivers’ standings and the team extends its lead in the manfuacturers’ championship to 27 points.

Takamoto Katsuta claimed his third consecutive sixth-place finish in the Toyota Yaris WRC he drives as part of the TGR WRC Challenge Program, having impressed with his pace and two stage wins on Saturday alongside co-driver Dan Barritt.

Jari-Matti Latvala (Team Principal)
“It is so tense and exciting following the action on the stages when our drivers fighting for the victory like they were today. I feel very sorry for Elfyn, he went a little bit wide on the last corner and basically it was lost there, but they both had to push, and Seb did a brilliant final stage. We are happy, we need to be proud of what these guys have done this weekend and for another one-two finish, which is an amazing result for the team.”

What’s next?
Round four will be the first gravel event of the year: Rally de Portugal (May 20-23). Based in Matosinhos near Porto in the north of the country, it features classic stages on sandy and rocky roads. Grip can be difficult to find on the soft roads during the first pass through the stages, while rocks can be exposed and deep ruts can form during the second pass.