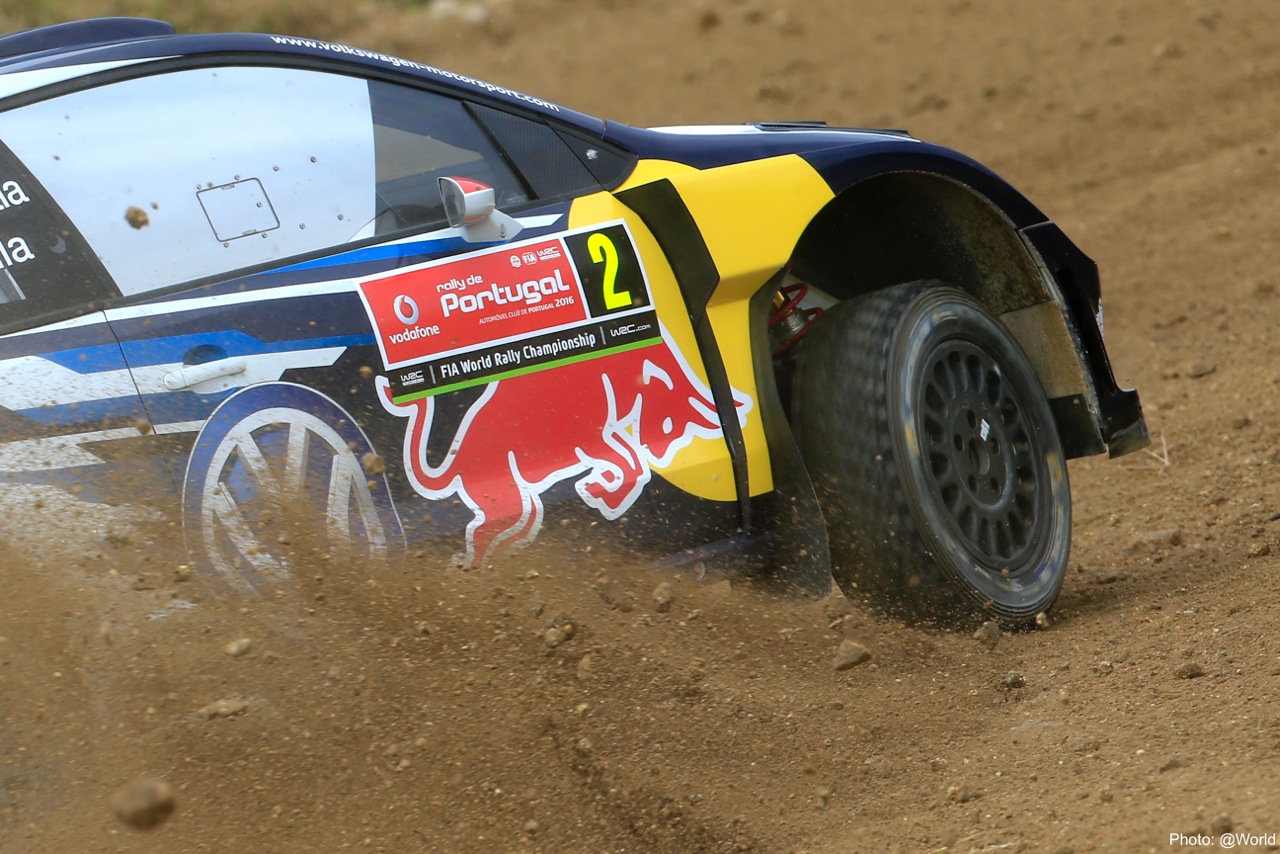 Performance curve on the rise: Mikkelsen/Jæger have started their pursuit in the championship

Latvala/Anttila will benefit from a good starting position on Sardinia

The desire for gold at the Emerald Coast is greater than ever – Volkswagen will take on the sixth round of the FIA World Rally Championship (WRC), the Rally Italy (09–12 June) with maximum motivation and particularly hungry for success. The combination of Sébastien Ogier/Julien Ingrassia (F/F) and the Polo R WRC is yet to be beaten on the Mediterranean island – a fact that, as well as strong rivals of other manufacturers, the Volkswagen duos Andreas Mikkelsen/Anders Jæger (N/N) and Jari-Matti Latvala/Miikka Anttila (FIN/FIN) would love to change. Mikkelsen/Jæger are on the rise, Latvala/Anttila are also hungry for success. In Ogier/Ingrassia’s favour are three wins in a row on Sardinia; a fourth would see the three-time world champions draw level with the nine-time world champions Sébastien Loeb/Daniel Elena (F/MC) in the record list for this rally. The drivers have to complete 324.60 timed kilometres through heavy dust and in extreme heat on Sardinia.

“The Rally Italy is one of the most challenging rallies on the calendar,” said Volkswagen Motorsport Director Jost Capito. “Dust, heat and long special stages such as ‘Monte Lerno’ are famous and notorious. On top of that, our rivals in the WRC are extremely strong: there have been four different winners from three different manufacturers in five rallies. For various reasons, we did not win the two most recent rallies. But we know what we are capable of and intend to fight back on the track in Italy. We definitely don’t want to miss out on the winner’s swim in the docks of Alghero that has become something of a tradition this time around.”

Monte, Monti and the wild 13 – the finer points at the Costa Smeralda

The 2016 Rally Italy will be held in the northwest of Sardinia – for the 13th time since the rally came into being. Special stages such as “Castelsardo” and “Tergu–Osilo” return, the successful show stage at the ceremonial start “Ittiri” remains, and you can’t do without “Monte Lerno” and its famous “Micky’s Jump”. And then there are “Cala Flumini”, “Monti di Alà” and Co. from recent years. The challenge of the 2016 edition consists of 19 special stages. However, the ultimate test in the Sardinian dust will always be “Monte Lerno”, which in its two passes alone makes up 88.52 kilometres of the entire programme. Its world-famous “Micky’s Jump” is a spectator magnet, sends shivers down your spine and is the picture-postcard scene of the Rally Italy all rolled into one. Before turning right immediately before the famous crest, the drivers brake briefly – the rest is “hang-time” and thanks to the sloping terrain, a flight of up to 40 metres.

A spectacular sunset, a walk along medieval monuments in Alghero, the best ice cream in the world on your tongue and letting your gaze wander between the picturesque marina and the busy WRC service park – you only get that at the Rally Italy. Holiday feeling or not: despite possibly the most beautiful view in the rally year, the mechanics and engineers need to be fully focussed – in a total of eight service breaks, meaning working 660 minutes overall for the three Polo R WRC. And the drivers and co-drivers also know what they have achieved at the end of each day – in extremely high temperatures in the cockpit.

Leader and fiercest rival in the drivers’ and co-drivers’ standings: in the first five WRC rallies of the year, the Volkswagen duos Ogier/Ingrassia and Mikkelsen/Jæger have earned the privilege of being the first cars onto the rally tracks until Saturday evening in light of their outstanding positions in the overall standings. At gravel rallies – depending on the weather – this is a disadvantage, which affects the driver and co-driver duos properly registered in the WRC differently according to their ranking in the championship. At the Rally Portugal at the last outing this meant one tenth of a second for each additional World Rally Car on the track and per stage kilometre. At the Rally Italy, 282.56 of the 324.60 kilometres in total, meaning 87 percent of the total distance, will be driven in this order. The remaining 42.04 kilometres of stages on Sunday will be driven in the reverse order of the interim standings of the rally.

Quotes ahead of the Rally Italy

Jari-Matti Latvala, Volkswagen Polo R WRC #2
“The Rally Italy is fantastic. It’s where I celebrated my first win on gravel. I look forward to returning to Sardinia every year, even though things haven’t gone so well for me there in recent years. I have often picked up a puncture on Sardinia in recent times – perhaps because I pushed too close to the limit. This year I have made a resolution to look after my tyres better. My aim is to finish on the podium again. The gravel on Sardinia is usually very slippery on the first pass, my high starting number could be an advantage. Then all of the drivers usually have good grip on the second loop. Another special feature in Italy is the heat: the body loses a lot of energy and fluids due to the high temperatures. So it is important to drink enough between the stages.”

The number of the rally weekend in Italy: 16

Volkswagen is not only unbeaten in the overall standings to date in Italy – but also on the Power Stage. The special stage that usually closes a rally and on which bonus points are awarded to the best three drivers is not only a Volkswagen domain in general, Italy in particular has been a good hunting ground for the Polo R WRC and its crews. Out of the 18 bonus points awarded in the 2013, 2014 and 2015, Volkswagen picked up 16; it was only in 2013 that two points for second place went to Thierry Neuville (M-Sport-Ford). All of the bonus points went to Wolfsburg in 2014 and 2015.