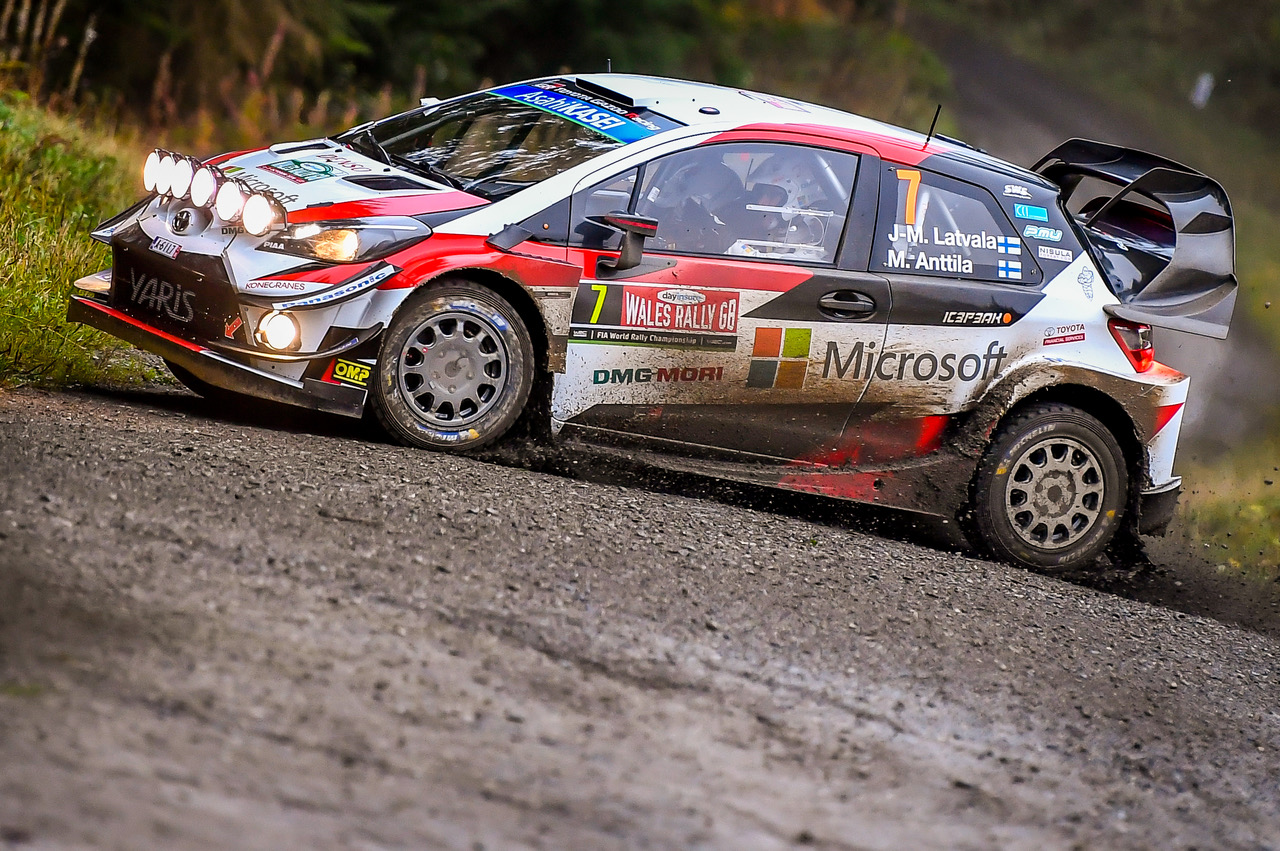 The British round of the FIA World Rally Championship got underway this evening with Toyota Yaris WRC driver Esapekka Lappi taking an early rally lead. The short opening stage followed this morning’s shakedown, which gave the drivers a taste of the gravel forest stages that lie ahead over the next three days.

For shakedown, the crews headed from the service park in Deeside to Clocaenog Forest. Jari-Matti Latvala recorded the joint-second-fastest time on his first of four runs over the 3.37-kilometre stage. Lappi was eighth quickest, but just one second slower than the fastest time. Ott Tänak went off the road on his first run but, after returning to service for repairs, also completed four passes.

The first stage of the rally took place at the Tir Prince Raceway close to the north Welsh coast, measuring just 1.7 kilometres in length. Lappi set the quickest time, 0.3 seconds ahead of Latvala, who tied for second place. Tänak ensured all three Toyotas were inside the top five and covered by only 0.9s.

Quotes:
Kaj Lindström (Sporting Director)
“We have had a good start to the rally tonight, with all three drivers setting good times and having no problems. In shakedown this morning, Ott lost some time after his mistake, but the damage was only minor and he was able to continue. All three drivers seemed happy with their setups after the test, so they didn’t need to make any changes in shakedown, which is always a positive sign. Everybody is now watching the weather closely. The forecast is changing all the time: we will see how it looks in the morning and make our tyre choices accordingly.”

Jari-Matti Latvala (Driver car 7)
“I quite enjoyed this first stage, I’m happy with my time. The shakedown this morning was also good for me. The car was working very well immediately from the first run. Then we tried a few things with the dampers and with the tyres just to see how they would work. The road was getting more polished and the grip became lower, so times were getting slower, but at least I could confirm some things for the rally. The biggest challenge always here in Wales is the weather, which has a big affect on the tyre choice. We are here three weeks earlier this year and although rain is still likely, the temperatures are higher and therefore the stages may dry quicker.”

What’s next?
Friday’s route takes the crews across north Wales, starting off back in Clocaenog before an extended Brenig and new Penmachno stages, both of which will feature small sections of asphalt to link forest roads together. These three stages will be repeated in the afternoon, after two runs over the new Slate Mountain stage prior to mid-day service at Deeside.