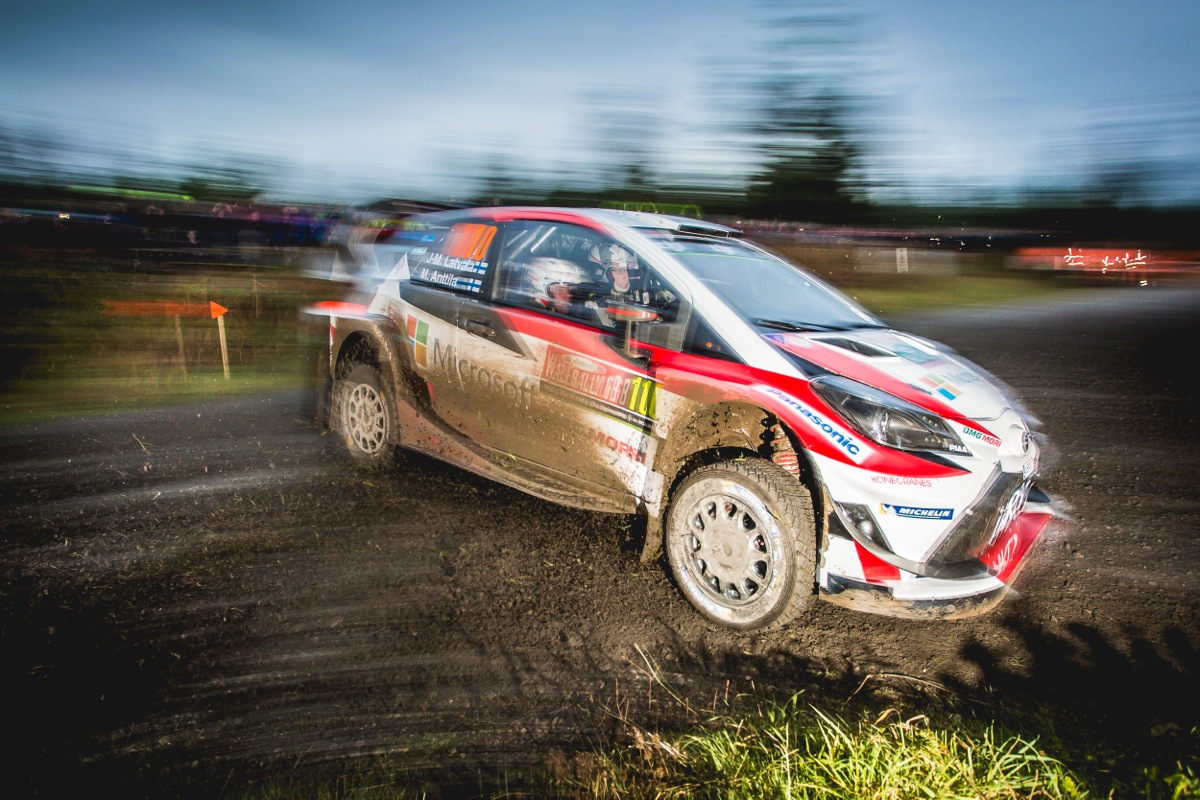 The TOYOTA GAZOO Racing World Rally Team will head to Rally GB (October 4-7) for round 11 of the FIA World Rally Championship looking to continue its strong form after achieving three consecutive victories in Finland, Germany and Turkey. Jari-Matti Latvala, Ott Tänak and Esapekka Lappi will aim to maintain the team’s newly-claimed position at the top of the manufacturers’ championship, with Tänak additionally looking to further strengthen his bid for the drivers’ title.

Rally GB takes place in the forests of Wales on on gravel tracks which are relatively fast when dry. Rain and fog are common however, making the stages muddy and very slippery, with grip levels changing frequently. This year the rally takes place three weeks earlier and off the back of a hot and dry summer, but the team’s pre-event test in Wales last week was still affected by heavy rain.

A spectator stage at the coastal Tir Prince raceway will kick the rally off on Thursday evening. That is followed on Friday by three stages across north Wales, each run twice either side of service at Deeside, which is preceded by two passes of a short new Slate Mountain test. The classic mid Wales stages are all combined into a single day on Saturday: nine tests totalling more than 150 kilometres with no mid-day service, just a tyre fitting zone. The rally ends with five stages on Sunday, including two runs over an asphalt stage around the Great Orme and onto the streets of Llandudno, which hosts the finish. The Power Stage will be held over the first pass of Gwydir rather than the final test.

Jari-Matti Latvala (Driver car 7)
“Rally GB is one of those events I have always enjoyed, partly because it was my first ever WRC round back in 2002: This year will be my 17th start in Wales. We had a very good test last week. I was delighted that we had a lot of rain and muddy conditions, because this is normally what you get in Wales, yet in the previous two years it was dry during testing and I ended up with the wrong setup for the rally. In the test the car was working really well in the muddy conditions, and we managed to improve the traction, which was our weakness last year. All in all, I got a good feeling with the driving and with the car, so I’m looking forward to the event.”

What happened last year?
Jari-Matti Latvala finished fifth overall on the first visit for the Toyota Yaris WRC to Wales, taking two stage wins and missing the podium by only 5.1 seconds. Esapekka Lappi made it a double points finish in ninth, while a promising run for Juho Hänninen ended with a small mistake on Saturday afternoon.