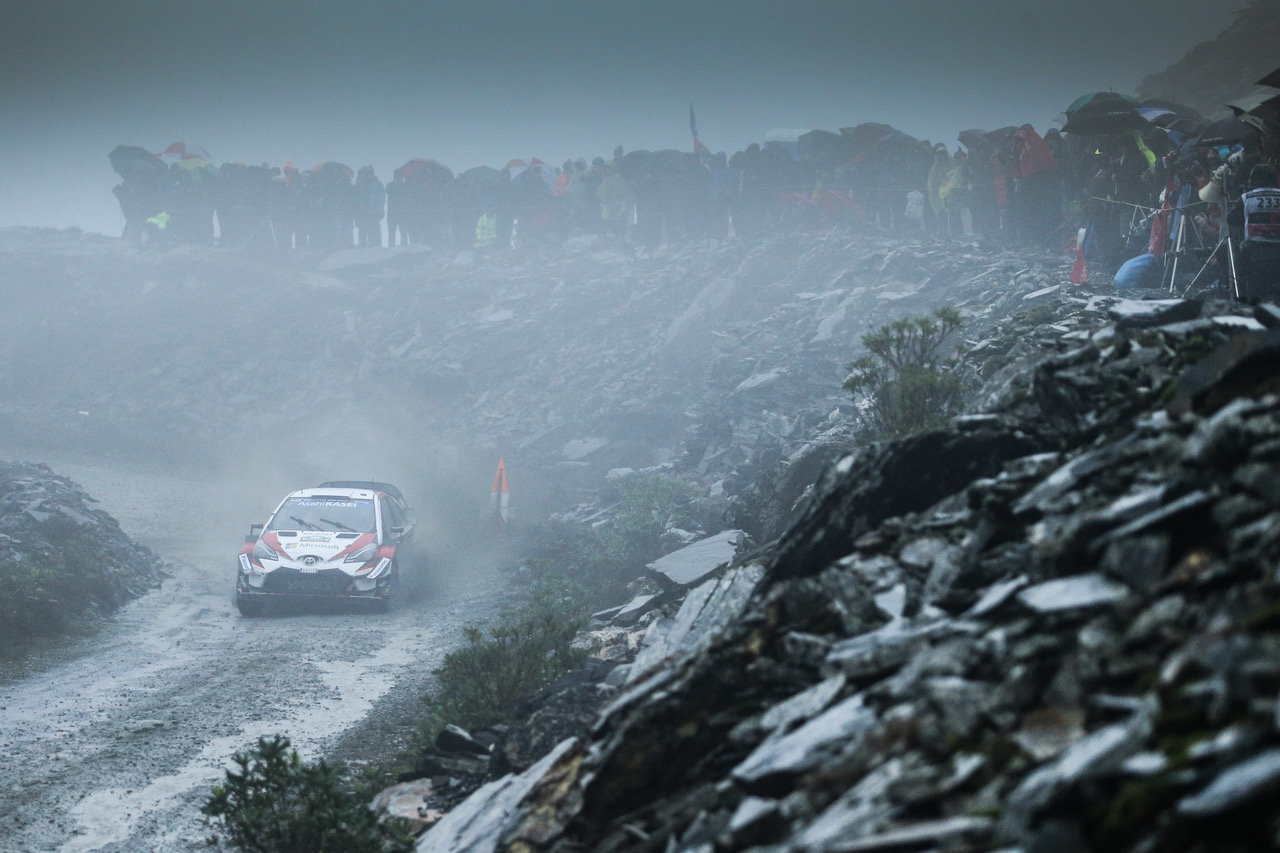 The Toyota Yaris WRC occupies three of the top four positions at the end of the first full day of competition on Wales Rally GB, following a great performance in typically difficult conditions. Ott Tänak led from the morning’s first stage and has built up an advantage of nearly half a minute, with team-mates Jari-Matti Latvala and Esapekka Lappi holding third and fourth places respectively.

Tänak, who arrived in Britain on a run of three consecutive victories, began the day with a hat-trick of stage wins on the slippery forest tracks of north Wales. In the afternoon he was fastest again on the second passes of the Clocaenog and Brenig stages – despite suffering a puncture on the latter – and ended the day 28.8 seconds ahead of his closest rival.

After making a steady start to the day, both Latvala and Lappi gained performance as the day went on, improving their cars’ setups to suit the conditions. Latvala ended the day only 2.5s away from second place, with Lappi just 4.6s behind that.

Jari-Matti Latvala (Driver car 7)
“Today has generally been quite good. At first this morning I was struggling with some understeer but we made some tweaks to the dampers and I started to gain confidence. This afternoon, in Brenig, I wasn’t feeling my best and we lost some time, but in Penmachno I got the feeling back and even though it was quite slippery in places, the time was reasonably good. I’m actually really looking forward to tomorrow. Myherin, Hafren, Dyfnant, Dyfi: these are really nice stages. They are wider, more flowing and are better for my driving style.”

What’s next?
Day three of this year’s Wales Rally GB is billed as Super Saturday, taking in nine stages and almost 150 competitive kilometres in mid Wales. The itinerary includes two runs over classic stages such as Myherin, Sweet Lamb Hafren and Dyfi. The first crew will leave the Deeside service park at 05:45 and not return until around 19:30, with only a tyre fitting zone in Newtown in the middle of the day.