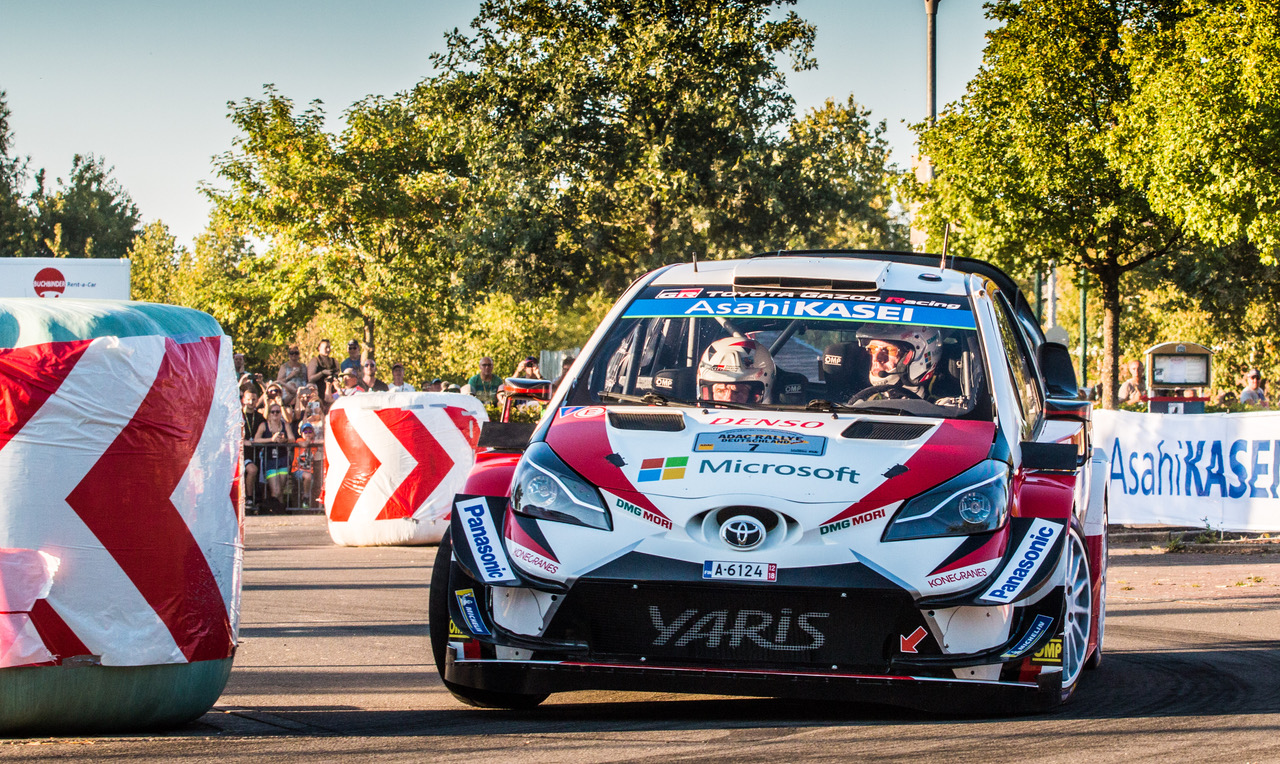 Rallye Deutschland has kicked off in a positive fashion for the TOYOTA GAZOO Racing World Rally Team. Following this morning’s shakedown, where the Toyota Yaris WRC set the first and second fastest times, the rally began with a super special stage in St Wendel, where Ott Tänak set the best time to claim the early lead.

Shakedown was held over a 5.52-kilometre stage near the service park at Bostalsee, with the drivers undertaking multiple runs as they made final adjustments to their cars before the start. Tänak set the quickest time in shakedown with Jari-Matti Latvala second fastest, while Esapekka Lappi was eighth, just 1.8 seconds off the pace. The first stage of the rally was just two kilometres in length around a tight and twisty course. Tänak won the stage by 0.1s, with Lappi and Latvala both within 2.6s of his time.

Quotes: Kaj Lindström (Sporting Director)
“It is good to get the rally underway with the fastest time and no big issues. Earlier, we had a promising shakedown with the first and second best times. Of course, the results in shakedown never count for anything at the end of rally, but it is good to see that car is performing OK and that the drivers are all happy. As always on this rally, we will be watching the weather particularly closely. Even at the start of this week, the forecasts showed no rain, but now it looks like there is a risk of rain tomorrow, which could make the vineyard stages very tricky for everybody.”

Jari-Matti Latvala (Driver car 7)
“In shakedown, the first aim was to get the feeling with the driving for asphalt. Initially, it felt quite different after so many gravel rallies in a row. Doing four runs on the shakedown helped me with that. I was also working with the setup as there were a couple of things I wanted to clarify after the tests, and at the end of shakedown I was happy with the car. I made a small mistake in the super special stage and stalled, but it isn’t the end of the world. Tomorrow we may be looking at the weather a lot as this is a rally that can sometimes be won or lost on the tyre choice.”

What’s next?
Friday’s action is focused on the vineyards above the Mosel river, close to the city of Trier. The drivers will take narrow and twisting roads with numerous hairpin bends, while trying to avoid a costly trip through the vines themselves. The Stein und Wein and Mittelmosel stages are both run twice, as is a two-lap circuit through the fields at Wadern-Weiskirchen on the way back to service.