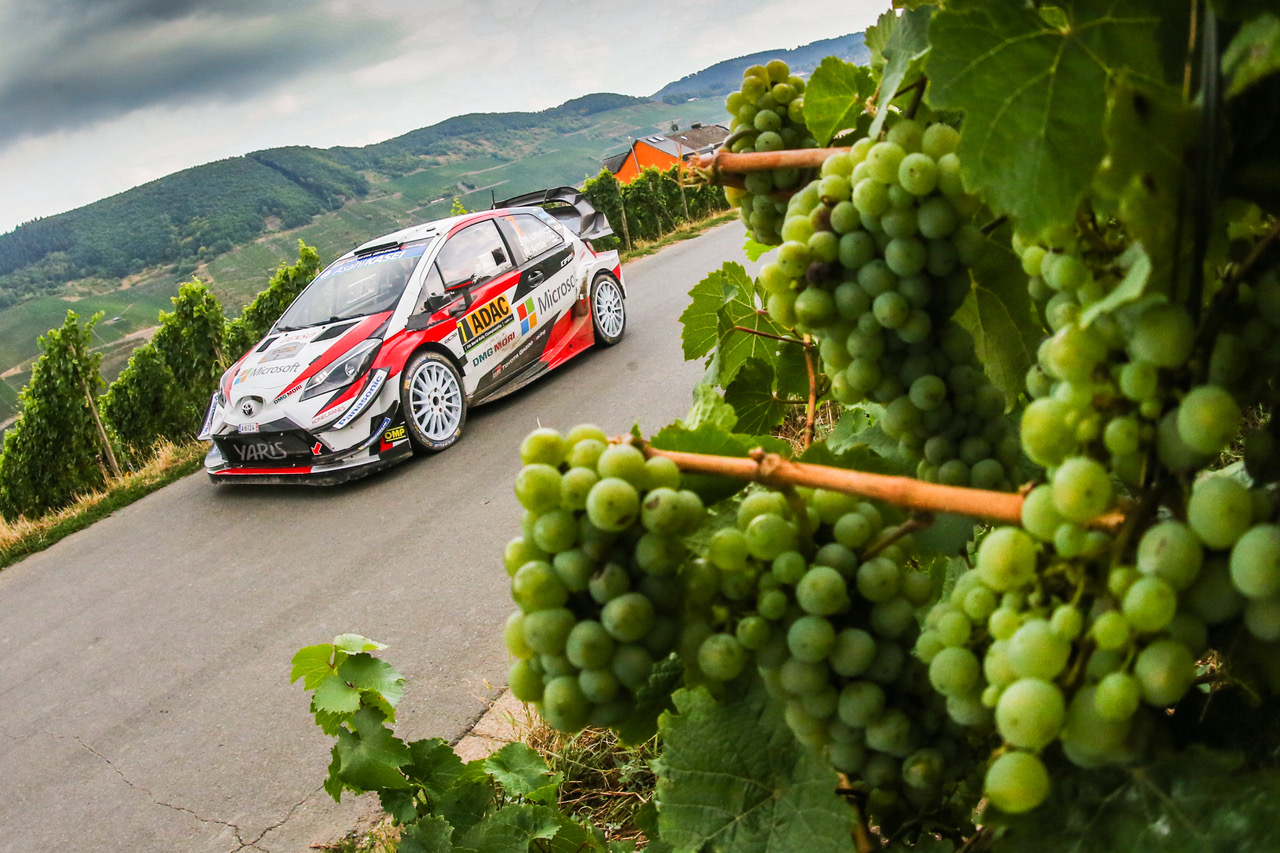 Friday’s action took place mostly on the narrow and winding vineyard roads in the Mosel valley, seen as some of the most challenging of the championship. After narrowly conceding the lead on the morning’s first stage, Tänak was then unbeaten for the remainder of the day. Ahead by 7.2s at mid-day service, he then claimed a clean-sweep of fastest times in the afternoon to gradually increase his advantage further.

Team-mates Jari-Matti Latvala and Esapekka Lappi have been part of a close four-way battle for fourth throughout the day. Latvala holds fifth position overnight, only one second away from fourth, while Lappi is seventh and just 0.1s adrift of sixth.

Quotes:
Tommi Mäkinen (Team Principal)
“It is absolutely brilliant to be in this position, with six fastest stage times out of seven so far. Ott seems to have absolute confidence with the car and is able to make it look very easy, even though it is not. This great performance on asphalt is the product of all the hard work that the whole team has done since the beginning of last season. I think that Jari-Matti and Esapekka also have a good feeling with the car. This can be a difficult rally to find the confidence with all the different conditions, but they are in good positions going into tomorrow. Anything can happen on Panzerplatte: it is pretty rough in places but it is very fast and you have to push flat-out.”

Jari-Matti Latvala (Driver car 7)
“This morning I lacked a little bit of confidence in the conditions: with my road position there was more dirt coming on the road than I was used to here before. In service we made some changes with the front differential and the afternoon was definitely better for me. I was very happy with what we did on the second run over Mittelmosel in particular. It’s going to be a good fight tomorrow. For me, tomorrow’s stages are the best ones on this rally. It’s wider and you can use racing lines more, and that’s what I like. Also, the roads will be cleaner than today and that should suit me better.”

What’s next?
On Saturday, the drivers face the notorious Baumholder military training area, where there are frequent surface changes and large ‘Hinkelstein’ kerbs to catch out the unwary. Panzerplatte is the longest stage of the rally at 38.57 kilometres, and paired with a shorter ‘arena’ stage nearby. Two tests in the Saarland countryside complete a loop of four stages run either side of mid-day service at Bostalsee.