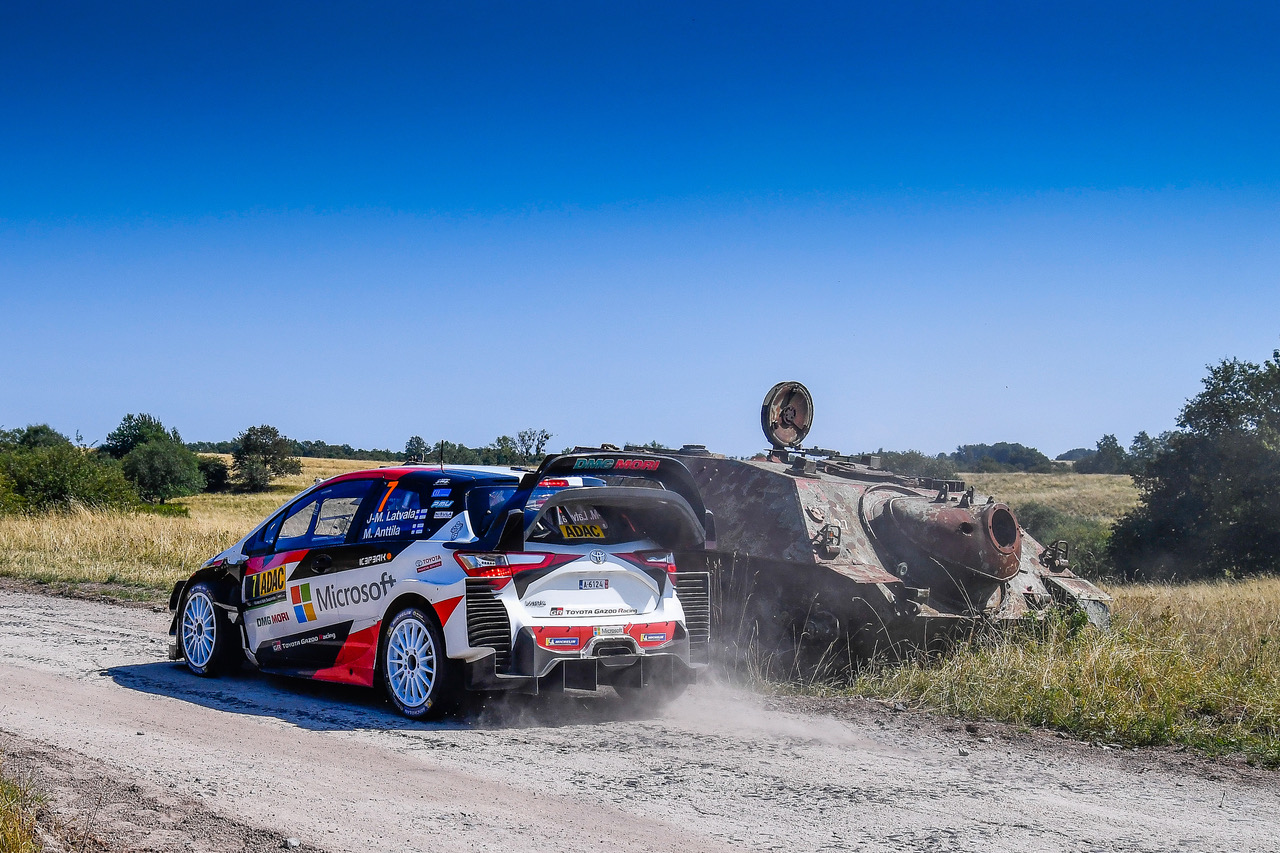 Ott Tänak continues to lead Rallye Deutschland with just three stages remaining, with his advantage now standing at 43.7 seconds after enjoying a clean run through the second full day. His fellow Toyota Yaris WRC driver Jari-Matti Latvala is third overall and in a very close fight for second place, while Esapekka Lappi is not far behind in fifth.

The second full day of the rally consisted of two stages in the Baumholder military ranges and two in the Saarland countryside, each run twice either side of mid-day service at Bostalsee. Tänak started the day with a 12.3s lead over Sebastien Ogier, which he maintained with consistent speed until his rival dropped away with a puncture during the afternoon.

Latvala began the day with a stage win on Arena Panzerplatte to move up from fifth to fourth. He climbed up into third three stages later, and set another fastest time on Romerstrasse 2 at the end of the day to reduce the gap to the driver in second place to just 0.8s. Lappi showed particularly strong performance on the high-speed country stages, winning the first run through Freisen and coming second on three other occasions. That allowed him to end the day only 6.3s away from fourth place.

Quotes:
Tommi Mäkinen (Team Principal)
“We are in a really good situation going into the final day of the rally, with all three cars inside the top five positions. It couldn’t be much better. Ott was managing his lead really well. Now he has a big gap and I think he is looking quite comfortable, although there are still some long stages coming tomorrow. Also, it is clear that Jari-Matti is really enjoying the close fight he is having and that is great to see. Both he and Esapekka have a chance to gain places tomorrow and I think they can be feeling very confident about their chances.”

Jari-Matti Latvala (Driver car 7)
“It has been a really enjoyable day. It started well this morning and then I was delighted with how the afternoon went. I couldn’t match Dani Sordo’s pace in the military area, but then on the Saarland stages on the farm roads I tried to push harder. He was better in one area and I was better in the other and now we are really closer to each other. To be fighting like this is a really nice feeling and I am looking forward to continuing the battle tomorrow.”

What’s next?
The final day begins with a return to the Mosel vineyards for two runs over the 29-kilometre Grafschaft test. Bosenberg will then host the rally-ending Power Stage from 12:18, with the finish and podium taking place in nearby St Wendel.