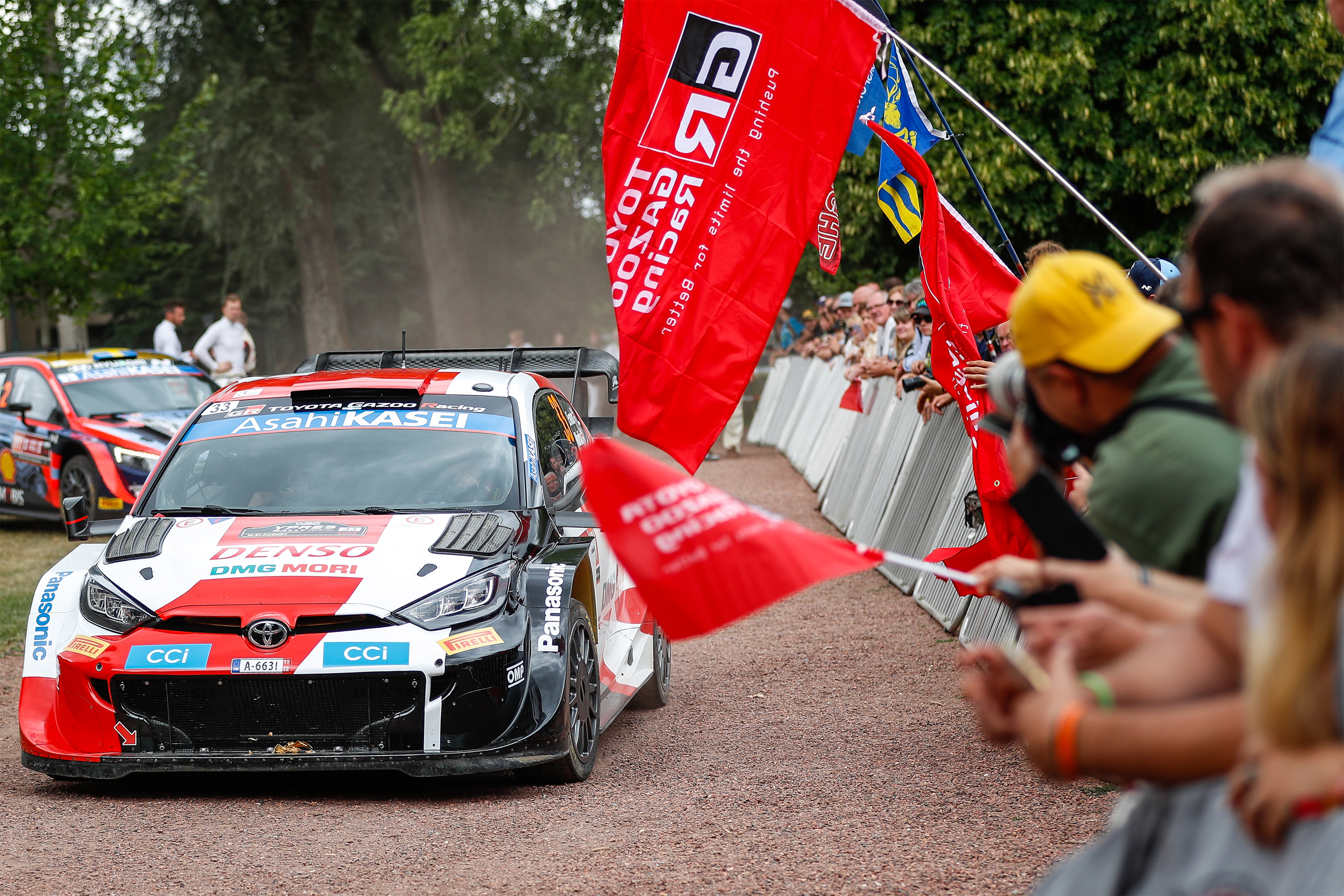 In their second time hosting a round of the FIA World Rally Championship, the farmland roads of the West Flanders region again lived up to their historic reputation as one of rallying’s most demanding asphalt tests with frequent surface changes and little margin for error.

Kalle Rovanperä was one of many drivers to be caught out when he rolled on Friday morning’s second stage: a first significant setback in what has been an outstanding season so far from the young Finn. An extensive rebuild of his car by the team’s technicians allowed Rovanperä and co-driver Jonne Halttunen to return under restart rules the next day and target points in the rally-ending Power Stage over the famous cobbled climb of the Kemmelberg. There they set the fastest time to leave Belgium with their championship lead still a commanding one at 72 points with four rounds remaining.

Evans and his co-driver Scott Martin took over the lead when Rovanperä dropped out, but a slow puncture that compromised their tyre strategy and a 10-second penalty for arriving late to one stage meant they ended Friday third overall and 13.7 seconds from the lead. Having fought back on Saturday and gained second overall, Evans continued to close the gap to the leader Ott Tänak with two stage wins on the final morning, but just fell short in the end.

Lappi and co-driver Janne Ferm scored their third podium from six starts and second in as many weeks with a superbly consistent and clean weekend on a rally where their only previous experience came eight years ago, having already had top-four pace from the start. The result ensures TGR still has a strong lead of 88 points in the manufacturers’ championship.

Takamoto Katsuta recovered from an issue on Friday morning to finish fifth in his TGR WRT Next Generation entry with co-driver Aaron Johnston, and is now the only driver to have finished every rally in the top 10 this season.

The public debut of the innovative GR Yaris H2 concept took place on the stages in Belgium, and was completed by Toyota rally legend Juha Kankkunen driving the Power Stage ahead of the competitive field in the hydrogen-fuelled car, running on Pirelli tyres. After driving the GR Yaris H2 himself on Saturday, Team Founder Akio Toyoda had the chance to ride alongside Kankkunen on the most varied stage of the weekend before greeting his drivers at the podium.

Jari-Matti Latvala (Team Principal)
“To have two cars on the podium is a good result at the end of the weekend. We had the speed here, we were more competitive than last year and the car was performing well, it’s just that a few things didn’t go our way. Elfyn has been getting closer to that victory, it was a good weekend from him. He did a really good push this morning and there was just a bit too much to do with only four stages today. It was an absolutely perfect drive from Esapekka: exactly what we wanted from him this weekend and really helping us in the manufacturers’ championship. And we also saw Kalle showing how strong a driver he is after the disappointment of Friday, and by winning the Power Stage he’s still in a strong position in the championship. Finally, it was fantastic to have Akio with us following the rally and experiencing the stages himself with hydrogen power alongside Juha Kankkunen. It shows just how much he loves motorsport and we can be really grateful to have his support.”

What’s next?
The Acropolis Rally in Greece (September 8-11) returned to the WRC calendar in 2021 after eight years away, with its legendary reputation for rocky mountain roads and high temperatures which combine to create a tough challenge for cars, tyres and drivers alike.