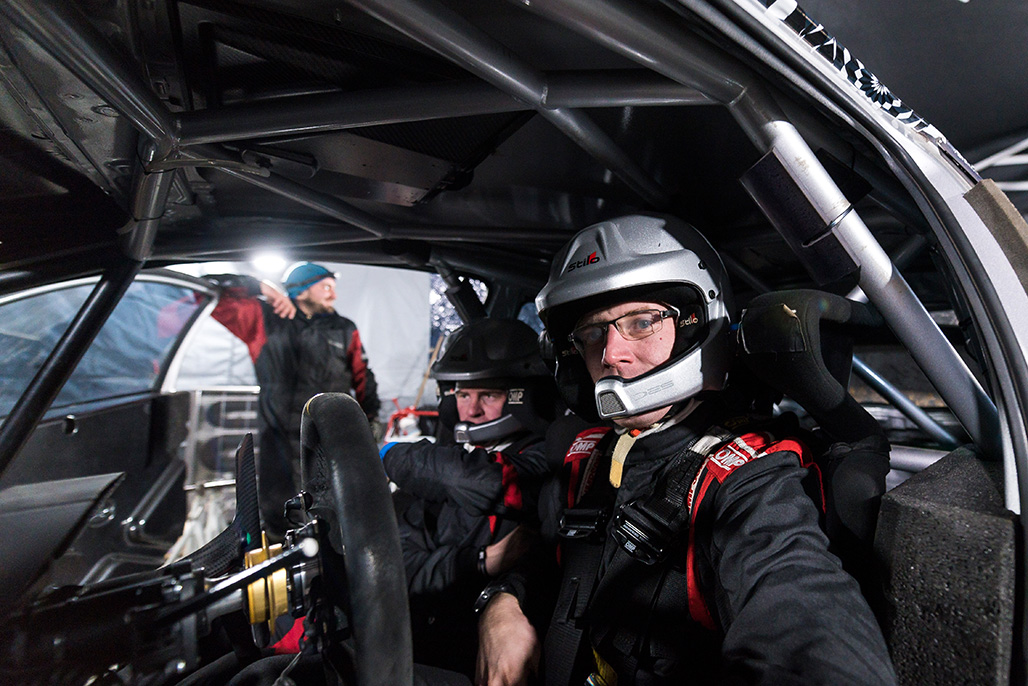 TOYOTA GAZOO Racing has completed its testing program ahead of its long-awaited return to the FIA World Rally Championship (WRC) after a break of 17 years and is ready for the legendary Rallye Monte-Carlo. The event takes place from January 19th-22nd on tricky mountain roads when conditions can vary between dry asphalt, ice and snow.

Led by Tommi Mäkinen – four-time World Rally champion and quadruple Rallye Monte-Carlo winner – and with a strong driver line-up consisting of Jari-Matti Latvala (#10), one of the fastest rally drivers in the world, and the vastly experienced Juho Hänninen (#11), the TOYOTA GAZOO Racing World Rally Team has all the ingredients in place ahead of this exciting adventure.

While Toyota has enjoyed considerable success in the World Rally Championship in the past, the Yaris WRC project represents a new chapter in the company’s long and illustrious motorsport history with its continued commitment to making ever-better cars through motorsport. TOYOTA GAZOO Racing World Rally Team is keeping its expectations for 2017 firmly in check as it prioritises car development and learning over outright results.

The legendary Rallye Monte-Carlo is the oldest rally in the world and runs for the 85th time in 2017. It also marks the start of a new era for the WRC with revamped technical regulations resulting in faster, wider, lighter and, above all, more spectacular cars.

At just under 380 timed kilometres, Rallye Monte-Carlo is not the longest event on the calendar, but it’s probably the trickiest. Changeable weather and stage surfaces mean tyre choice and car set-up are often compromised, while the role of the ice-note crews, who provide last-minute information on stage conditions, becomes even more crucial.

Following the traditional ceremonial start in Monaco’s Place du Casino at 18:11 CET on Thursday January 19th, two night stages in the Alpes-de-Haute-Provence region provide an early – and stern – test ahead of Friday’s second leg, which is the longest of the rally at more than 160 competitive kilometres. The rally then begins its journey south from Gap to Monaco on Saturday via five mountain stages ahead of Sunday’s route, which includes two passes over the infamous Col de Turini. The prize-giving ceremony at the Palais Princier de Monaco begins at 15:00 CET.

Akio Toyoda, Team Chairman
Toyota is about to return to the WRC. I had an opportunity to speak to Jari-Matti, who joined our team last month, at the Rally Finland in 2014 when he showed me photographs of the first rally car he had ever driven, a Corolla GT, and the first WR car he had ever driven, Corolla WRC, and talked about his enthusiasm for Toyota. I think we were linked by fate somehow, although I had no idea at the time that Toyota would return to compete at the WRC or that he would join our team.
Juho knows the Yaris WRC better than anybody else, and he’s worked to refine the Yaris WRC since the earliest days of its development. Jari-Matti has worked daily to improve the car since the team’s press conference last December, encouraging us all to build “ever-better rally cars”. Their co-drivers Miikka Anttila and Kaj Lindström round out the team, which is led by Tommi. Backing that effort is everyone working at Toyota, the partners who support our vision, and all the fans who cheer us on. Together, this large group has finally begun a new journey toward making ever-better cars. Winning a rally is no easy feat, but I’m confident that the energy from such a broad base of supporters will reach the team, the car, and the drivers. I look forward to your continued support.

Tommi Mäkinen, Team Principal
The most important thing is to go to Monte-Carlo with a relaxed and open attitude. It depends so much on the conditions there and everything can change in a split second. It’s hard for me to say at the moment where we really are in terms of performance and it’s unlikely that Monte-Carlo will give us any definite answers either, as it is such a different rally to everywhere else.
The tight schedule has been the biggest challenge. Of course all the teams have had to build new cars from scratch this year, but they can rely on experience from the past.
I can pass on a little bit of my personal experience to our drivers from Monte-Carlo, but in the end it’s all down to them and the car now. Our target is to get good mileage from this rally, so I will be happy if we have both cars at the finish and arrive in the same minute as the leaders. That would be a fantastic way to continue our development, which is always an ongoing process. As we say in Toyota, we should keep continuous improvement: we just keep on making the car ever-better!

Jari-Matti Latvala, Driver (Yaris WRC #10)
Two months ago, I would never have imagined that I would be starting Rallye Monte-Carlo with Toyota, so that’s really exciting. In total I’ve done 12 days of testing: four days on snow, one day on gravel, and seven days on asphalt. That’s a good amount of testing and we’ve made some useful steps in that time. The car feels very strong but in terms of performance it’s difficult to say, as everyone comes with a new car. In any case this year is all about development: For Monte I would like to finish the rally well, then maybe towards the middle of the season we can start to think about podiums.
Monte-Carlo is so unpredictable that it’s not a good idea to set too many targets: in 2015 I didn’t have a particular plan and I finished second, so in 2016 I was aiming for the podium and then I ended up making a mistake! For any driver, Monte is quite a big stress during the event, because of all the unknown factors and tyre choices, but when you cross the finish ramp in front of the Royal Palace on Sunday, it is one of the best feelings you will ever experience in the sport.