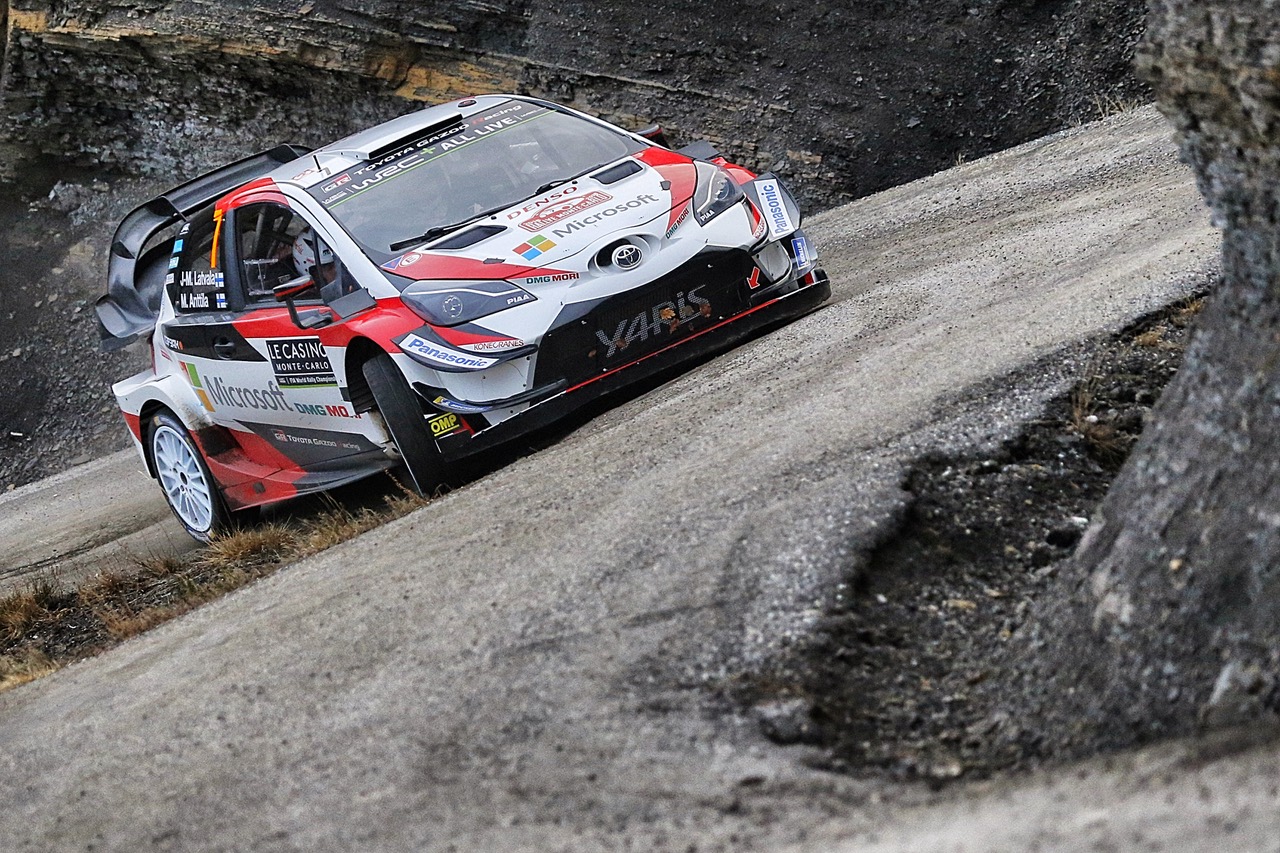 Ott Tänak sits in second place on Rallye Monte-Carlo after a superb performance from the Estonian driver on his first full day of competition in the Toyota Yaris WRC. All three TOYOTA GAZOO Racing World Rally Team cars are in the top five, with Esapekka Lappi and Jari-Matti Latvala fighting for a place on the podium.

Tänak began the day fifth overall and 42 seconds off the lead after the opening two stages on Thursday night, but he immediately won the first of Friday’s six stages and by midday service had climbed into second place. He was fastest again on the repeat of Vitrolles-Oze, took a further chunk out of the lead gap in heavy rain on SS7, and now sits just 14.9s away from first place overnight. Lappi and Latvala enjoyed good days too and lie fourth and fifth respectively, separated by just two tenths of a second and both within 10.4s of third.

“This morning I was struggling a bit and I couldn’t get the feeling with the turning, but for the afternoon we made some adjustments on the differential and I was a lot happier. I wasn’t very confident on the standing water so I lost some time there but otherwise the car is going well now. We are in a good battle. We are very close to Esapekka now and the podium is not very far away either, so we just need to continue the momentum from today and see what happens.”

JARI-MATTI AND MIIKKA READY TO KICK-START THE NEW SEASON