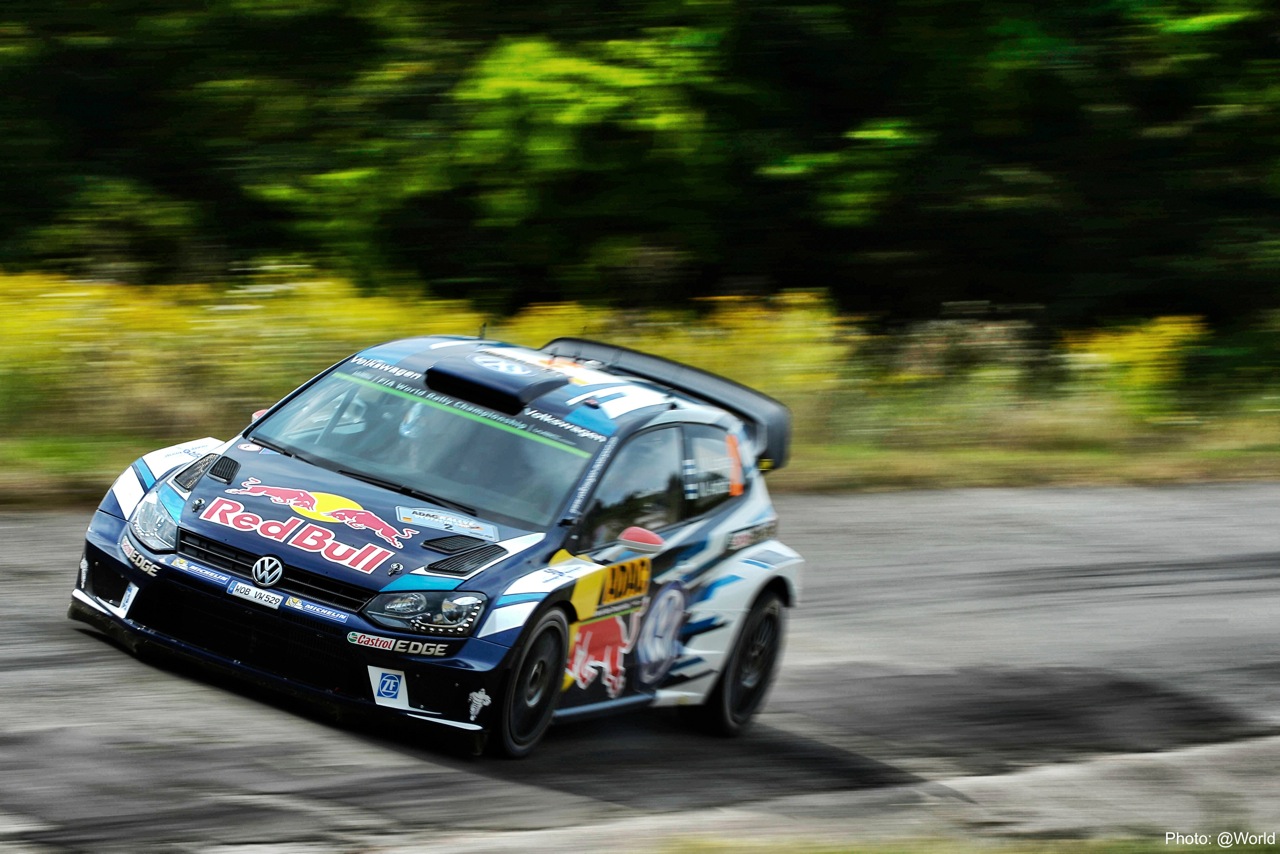 Perfect switch to asphalt mode: Volkswagen finished first, second and fourth in the “free practice” ahead of the first asphalt race of the year in the FIA World Rally Championship (WRC). Fastest: Andreas Mikkelsen/Anders Jæger (N/N), who led the way in the Polo R WRC with the quickest time on the 4.55-kilometre Shakedown – exactly the same time as team-mates Jari-Matti Latvala/Miikka Anttila (FIN/FIN). Currently second in the world championship, Mikkelsen/Jæger were also faster on all four runs than their team-mates Sébastien Ogier/Julien Ingrassia (F/F), who lead the overall standings. Ogier/Ingrassia clocked the fourth fastest time on the Shakedown.

The race kicks off on Friday morning with the “Mittelmosel” stage, following Thursday evening’s ceremonial start in front of the Porta Nigra in Trier.

Jari-Matti Latvala, Volkswagen Polo R WRC #2
“After a lot of rallies on gravel, the first asphalt Shakedown went pleasingly well. It took me a few laps to find the right set-up for me, but it was spot on after five laps. The weather was okay, but it will certainly be a factor all weekend. It is obviously a special rally for Volkswagen – after all, it is not every day your team principal leaves you. We are out to give him a worthy send-off. Let’s see what I can do to contribute.”

“Looking at the Shakedown result, you cannot help but look forward to the Rally Germany. All three Volkswagen drivers are in top form at our home race. They adapted quickly to the asphalt, and it promises to be a thrilling battle between us and the opposition. The Rally Germany is one of the most demanding races of the entire season – we have learned that the hard way on several occasions in recent years. The one-two-three made last year’s rally the most emotional of the past four years for us. 2016 will certainly be very moving again for me, personally. It is my final rally as Volkswagen Motorsport Director and, given the magnificent team I have around me, it is going to be hard to say farewell. I hope we have something to celebrate on Sunday.”