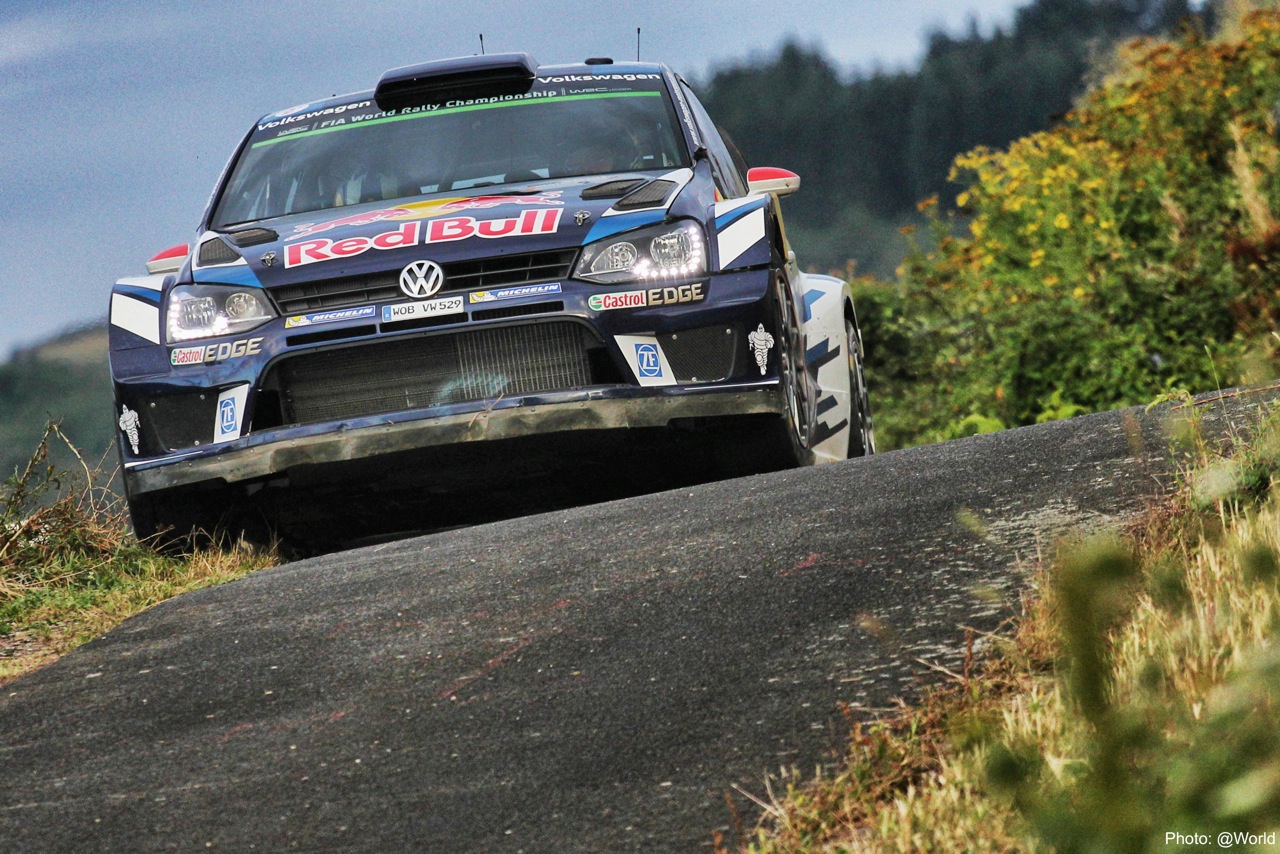 Only victory will do: “Match point” for Ogier/Ingrassia at home rally

Tame a “wild beauty” and make history: Sébastien Ogier/Julien Ingrassia (F/F) could be crowned world champions with Volkswagen for the fourth time in a row at their home event in the FIA World Rally Championship (WRC) – and that despite still having three rallies to come after the French round. To have any chance of converting their first “match point”, and drawing level with rally legends Juha Kankkunen (FIN) and Tommi Mäkinen (FIN) on four world championship titles, the current championship leaders must win at the Rally France on Corsica (29/09–02/10/2016). At the same time, however, they would also be dependent on other results going their way. As it stands, seven driver/co-driver duos are still in with a mathematical chance of winning the world championship, including all three crews in the Polo R WRC. The possible connotations mean it is well worth following the action at the Rally France on Corsica, which is also known as the “Rally of 10,000 Corners” – as do the ten special stages on rough, sometimes crumbly asphalt, which amount to a spectacular 390.92 kilometres against the clock.

The racing line between A and B, what feels like 10,000 times – Corsica corners

They say that if you find a straight longer than 150 metres on the pre-rally “Recce”, then you are on the wrong island. One corner leads straight into the next at the Rally France on Corsica. However, the landscape is not the only thing that gives Corsica, also known as the “Wild Beauty”, its very specific character. With the exception of the closing Power Stage, every special stage is at least 30 kilometres long – a physical endurance test for the drivers and a mental challenge for the co-drivers, who must call out the pace notes with perfect timing.

Compared to the 2015 Rally France on Corsica, 70 per cent of this year’s route is new. The rally kicks off with the “Acqua Doria–Albitreccia” stage, all 49.72 kilometres of which are new territory. The second stage of the Friday of the rally is “Plage du Liamone–Saroll Carcopino”, which also featured on the 2015 itinerary. Saturday features some classic sections of route, including “La Porta–Valle di Rostino” and “Novella–Pietralba”, which have helped make the Rally France on Corsica a classic on the WRC calendar. As well as the longest stage of the rally, the 53.78-kilometre “Antisanti–Poggio di Nazza”, the Sunday is all about the closing Power Stage “Porto-Vecchio–Palombaggia”.

Two duos that could keep the title race alive …

… Andreas Mikkelsen/Anders Jæger and Jari-Matti Latvala/Miikka Anttila. The two Volkswagen duos are dependent on different circumstances if they are to keep their title hopes alive. Should Mikkelsen/Jæger, who are currently second in the world championship, finish eighth or higher, they would take the title race into round eleven of the season in Spain, regardless of whether or not Ogier/Ingrassia pick up a full haul of points. Should the French duo win the rally, then victory on the closing Power Stage for the Norwegians would also keep their championship dreams alive.

Hayden Paddon/John Kennard (NZ/NZ, Hyundai) and Thierry Neuville/Nicolas Gilsoul (B/B, Hyundai), currently third and fourth in the overall standings with identical points, would have to finish at least second in Corsica, and come no lower than second on the Power Stage, in order to prevent Ogier/Ingrassia celebrating the title in France – provided the championship leaders score maximum points. All the other driver/co-driver duos – above all Volkswagen’s Jari-Matti Latvala/Miikka Anttila – must simply lose as few points as possible to the world championship leaders, or preferably gain as much ground as possible, in order to keep the world championship open. Should Latvala/Anttila drop no more than three points to Ogier and Ingrassia, they will remain in the title race.

Five weeks, three rallies – no rest for the wicked in the World Rally Championship

Almost 1,000 hours – 956 hours and 50 minutes, to be precise – have passed since the start of the last special stage at the Rally Germany and the start of the opening stage at the Rally France. The FIA World Rally Championship (WRC) returns with a bang after a long break. After the Rally China had to be cancelled at short notice, giving the drivers, co-drivers and teams an unexpected breather of about five weeks, October features three rallies in quick succession, in France, Spain and Great Britain. Or, to take the metaphor further, 51 special stages in 30 days.

Quotes ahead of the Rally France

“I have won the last two rallies in France, and am obviously hoping for a good result again this year. I like driving on the asphalt in Corsica. The surface is very rough and also quite bumpy in places. You cannot cut the corners so much. That means that you get less dirt on the roads and the grip level is consistently high. I like asphalt rallies like this one, so I am really looking forward to Corsica. The routes there have a huge number of corners, and there are actually no straights longer than 150 metres. I think that will suit me. There are only a few stages, but they are very long. Tyre management can be crucial on such long stages.”

Sven Smeets, Volkswagen Motorsport Director
“What feels like 10,000 corners on just ten special stages – the Rally France on Corsica is a real challenge for the drivers and co-drivers. As one of the classics on the WRC calendar, it is rather special. The whole team is looking forward to Rally France, even though it’s not an easy event from a logistically point of view. Particularly Sébastien Ogier and Julien Ingrassia are particularly looking forward to the event. They have a slim chance of being crowned world champions with races to spare. However, so too are their team-mates Andreas Mikkelsen/Anders Jæger and Jari-Matti Latvala/Miikka Anttila, who are out to prevent precisely that. Our rivals at Citroën, Hyundai and M-Sport-Ford are determined to win this prestigious rally. There will certainly be plenty of material for the headlines.”