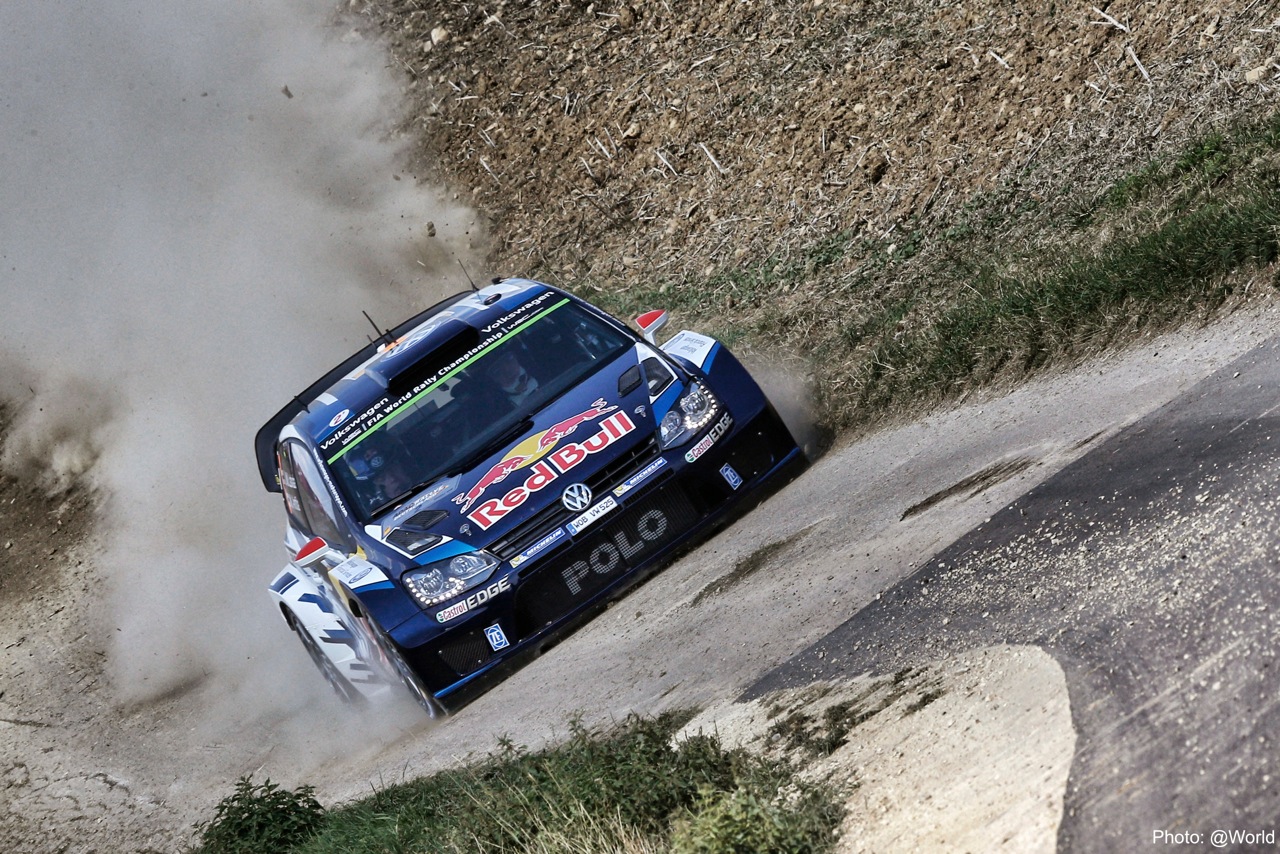 Home race for Ogier/Ingrassia, Polo R WRC to make its debut on Corsica at Rally France

Unique Corsica: nine stages with an average length of 37 kilometers

Wolfsburg (26 September 2015). Corsica is known for its natural beauty – and the island is now set welcome a natural motorsport beauty for the first time: the Polo R WRC. Volkswagen and Sébastien Ogier/Julien Ingrassia (F/F) arrive on the Mediterranean island for round eleven of the FIA World Rally Championship (WRC) fresh from having successfully defended their World Championship titles. Despite having already wrapped up all three titles at the Rally Australia, the Volkswagen team still has a few questions to answer at the second asphalt rally of the year. For example: who will finish runner-up in the Drivers’ and Co-Drivers’ Championship? The two best-placed duos to occupy second spot come the end of the season are both in Volkswagen colours: second-placed Jari-Matti Latvala/Miikka Anttila (FIN/FIN) and third-placed Andreas Mikkelsen/Ola Fløene (N/N), who were responsible for a one-two “powered by Volkswagen” at the 2014 Rally France, which was held in Alsace. In 2015, however, they face a very different Rally France: the route features just nine special stages, but with an average length of 37 kilometers.

“The Rally France on Corsica represents a homecoming for the world champions. Sébastien Ogier and Julien Ingrassia will line up at their home round of the World Championship as champions,” said Volkswagen Motorsport Director Jost Capito. “Given the way the season has panned out so far, it is crystal clear what this means: they will be out to win – as they are every time – and show what they are made of. However, the two crews who claimed a one-two in 2014 – Jari-Matti Latvala and Miikka Anttila, and Andreas Mikkelsen and Ola Fløene – also have high hopes and will be battling each other for the runner-up spot in the World Championship. However, our rivals at Hyundai, M-Sport-Ford and, above all, Citroën will also be doing everything in their power to win here. The unique itinerary, with its very long special stages, is a very interesting mix.”

The “Tour de Corse” for Volkswagen: a first

The Polo R WRC already has two wins in France to its name. In 2013, Sébastien Ogier and Julien Ingrassia wrapped up their first World Championship title on home soil in Strasbourg. One year later, Volkswagen duo Jari-Matti Latvala/Miikka Anttila claimed the first victory by a Finnish duo on this surface for almost 15 years. This year, the Rally France has moved from Alsace to the island of Corsica. As such, the “Tour de Corse” is something of a first for the Polo R WRC, which has so far emerged triumphant at least once wherever it has been in action.

Extremely fast sections, followed by slow, narrow roads. Asphalt that is both rough and slippery at the same time, sometimes reminiscent of roads from days gone by. And endlessly alternating uphill and downhill passages. The Rally France on Corsica is special in many regards. The long special stages – the shortest being 16.74 kilometres, the longest 48.46 – and distances of up to 80 kilometres to the next service for the standard Michelin tyres require the drivers to look after their black gold intelligently.

The rally on Corsica also features some classic stages, which enjoy a long history in the World Rally Championship. The French round of the championship was held on Corsica between 1973 and 2008. The special stages from days gone by – some of which have not been contested at the pinnacle of rallying for 30 years – are now back on the itinerary as Corsica makes its WRC comeback. The “Francardo/Sermano” special stage is a fine example of just how demanding the rally on Corsica can be: to the north of the rally centre of Corte, in one of the most attractive regions of the island, the narrow yet fast roads and a rollercoaster ride through the many mountainous regions pose an important question: man or mouse? The crews reach the highest point of the rally – 1,311 metres above sea level – on a genuine icon, the “Muracciole/Col de Sorba” special stage. Another classic rally stage: “Zérubia/Martini”. The surface characteristics change continuously, and exaggerated corners and bumpy sections alternate, before a sprint up the Col de Siu (731 metres).

The “Tour de Corse” for mathematicians: the hunt for the runners-up

A maximum 84 points are still up for grabs in the Drivers’ and Co-Drivers’ Championships. In the battle for the runner-up spot, exactly 23 points separate the Volkswagen duos of Latvala/Anttila and Mikkelsen/Fløene. Although no definite outcome in the race for second place overall can be reached on Corsica, it is certainly possible to take a big step in that direction. Latvala/Anttila are out to defend their second place from last year, while Mikkelsen/Fløene have their sights on going one better than their third place from 2014. The two duos, who claimed a one-two for Volkswagen at the Rally France last year, will also face stiff opposition from the Citroën and Hyundai camps. Mads Østberg/Jonas Andersson (N/S, Citroën) trail second place by 44 points, meaning they can still mathematically clinch the runner-up spot – as can Thierry Neuville/Nicolas Gilsoul (B/B, Hyundai) who are 48 points behind Latvala/Anttila.

Quotes ahead of the Rally France

“Winning the Manufacturers’ title so early in the season was absolutely brilliant. That is a confirmation for the entire team. Despite this, I have to say that I would have liked to have won the Drivers’ World Championship this year. That was my goal, and I failed. However, the season is far from over, and I want to win the remaining three rallies. After all, we can lay the foundation for next season with a successful run-in. Consistency and pace are the two key factors. I have a lot of positive memories of the Rally Corsica and gained valuable experience there from 2004 to 2008. There is one thing I particularly love about the Rally France on Corsica: the asphalt offers extremely good grip, but you can never cut the undulating corners, and there are hardly any straight sections. If you find a 100-metre straight on Corsica, you are on the wrong island. After all the dirt and dust in Australia, I am now looking forward to a nice, clean asphalt rally.”

The number for the Rally France: 05:01 hours

Five hours and one minute – that is the average amount of time between the start of the first and the final special stage on each of the three rally days at the Rally France on Corsica. As far as the actual action is concerned, it is the most compact schedule of the season. In comparison, the last two rallies in Germany and Australia, with an average of eight hours 34 minutes, and six hours 41 minutes respectively, were much longer. However, the times for the liaison stages and services are added to this.