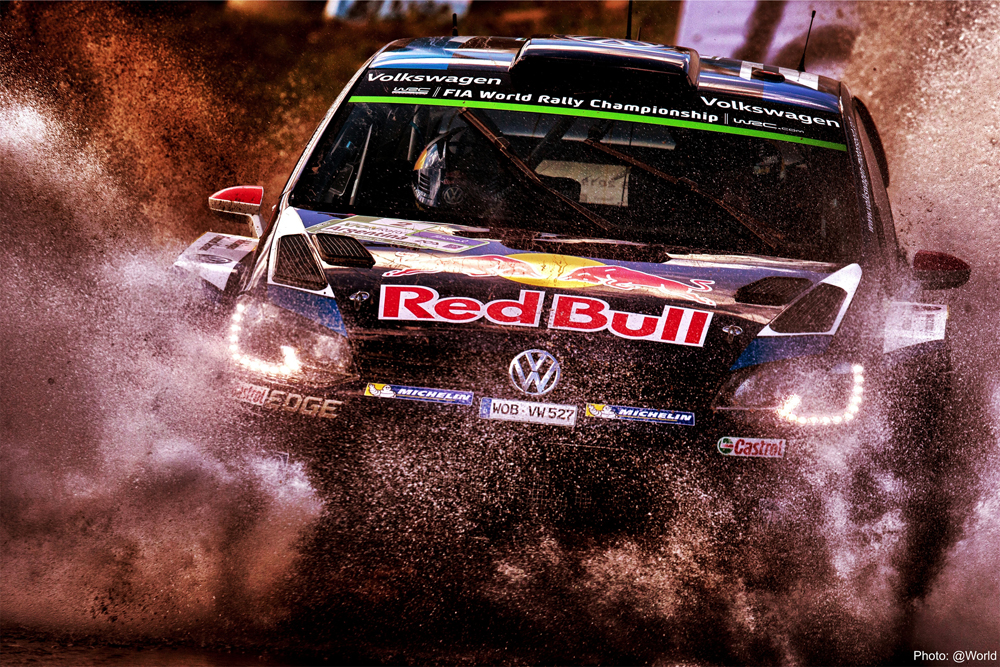 A daily report as thick as a book: Jari-Matti Latvala/Miikka Anttila (FIN/FIN) find themselves on course for a podium finish at the end of an eventful second day of the Rally Argentina. Friday’s headline story was the remorseless routes at round four of this season’s FIA World Rally Championship (WRC), which took their toll on most of the top teams. With rough road conditions having a brutal effect on the cars, Latvala/Anttila opted to pace themselves sensibly. Despite a problem with the power train, which cost them almost a minute, the Finnish pair find themselves in third place, 1:23.5 minutes behind Kris Meeke/Paul Nagle (GB/IRL, Citroën) and 15.1 seconds behind Mads Østberg/Jonas Andersson (N/S, Citroën) after 152.12 of the 315.96 kilometres against the clock.

Sébastien Ogier/Julien Ingrassia (F/F) and their Volkswagen team-mates Andreas Mikkelsen/Ola Fløene (N/N) were forced to abandon their hopes of winning the Rally Argentina very early on in proceedings. A problem with the fuel supply to a cylinder resulted in a loss of performance for Ogier/Ingrassia, causing them to pull over and retire on the second stage of the rally. Mikkelsen/Fløene also had to stomach a set back as a result of the extremely tough conditions on “Agua de Oro-Ascochinga”. A puncture first led to a damaged shock absorber, which then broke completely, and a damaged servo pump affecting the power steering. Both Volkswagen duos had no option but to retire on Friday, but will rejoin the action on Saturday under Rally2 regulations.

“What an eventful day of rallying. Not just for me, but for the entire team. The conditions were – as we expected – extremely tough for man and machine. As far as the tactics are concerned, I tried not to push too hard from the start. And that worked well. We had a problem with the power train on the fifth special stage. After that we didn’t really have proper drive and that meant we lost almost a minute to Kris Meeke. First and foremost I am just happy to have got the car back to the service after this tough day. Tomorrow I will be able to attack on ‘all fours’ again, and try to put some pressure on the two leading Citroëns. There is still a long way to go, and a lot can happen. We certainly saw that today.”

“Let’s start with the good news: Jari-Matti Latvala and Miikka Anttila are still flying the Volkswagen flag at the Rally Argentina and are still on track to finish on the podium thanks to their fighting spirit. The bad news: all three of our Volkswagen duos struggled with problems today. Sébastien Ogier and Julien Ingrassia were forced to end the day early when they had an issue with the fuel supply to a cylinder; tyre damage triggered a chain reaction for Andreas Mikkelsen and Ola Fløene. They – like Séb and Julien – will restart tomorrow under Rally2 regulations. The conditions push man and machine to the limit – which is why Jari-Matti and Miikka were also slowed down by a problem with their power train. But thanks to them we are still in with a chance of winning. And that is still our goal.”