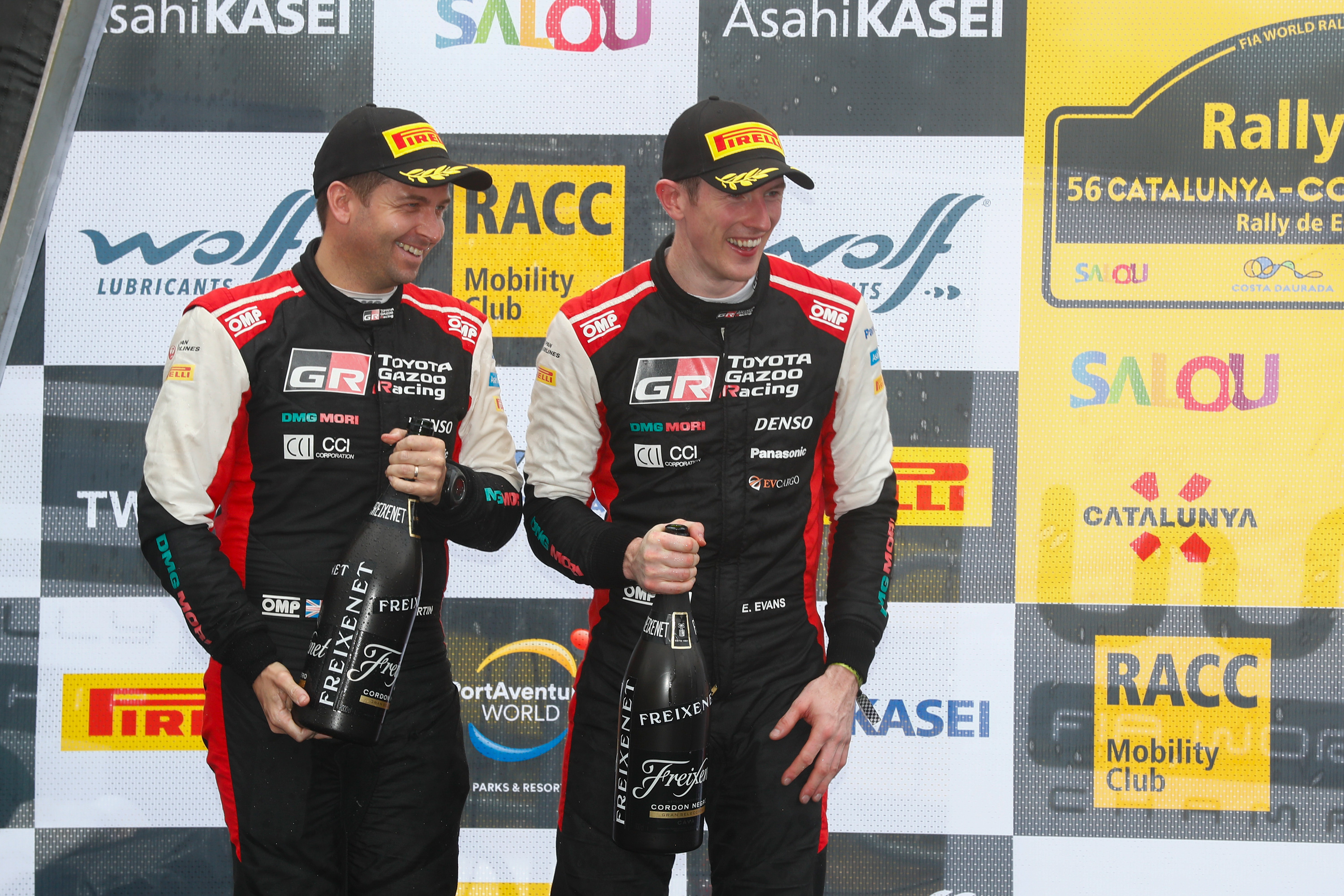 Evans and co-driver Scott Martin had led the rally after winning the first three stages on Friday, but despite battling hard didn’t quite have the level of performance over the rest of the weekend to maintain the fight for the victory. Still, the second-place finish ensures that Evans remains in with a shot of a maiden drivers’ championship going into the final round in Italy.

Ogier was in contention for a podium position all the way to the end of the rally, but just missed out on third position in a closely-fought battle through the final day’s four stages – missing out by 6.8 seconds. Nevertheless he and co-driver Julien Ingrassia continue to the lead the standings with a 17-point advantage over their team-mates as they look to claim an eighth world title.

In the manufacturers’ championship, the points scored by Evans and Ogier – including those achieved by setting the third and fourth fastest times in a tricky rally-ending Power Stage – have added to the team’s tally and brought it a step closer to sealing the title. TOYOTA GAZOO Racing leads by 47 points with a maximum of 52 available from the final round.

All three of the team’s cars finished inside the top five places, with Kalle Rovanperä and Jonne Halttunen securing fifth in the overall classification and in the Power Stage on their first time competing in Spain in the top category of the WRC.

Jari-Matti Latvala (Team Principal)
“In the end this weekend was not as strong for us as it could have been. It’s important that we learn for the future about why we were struggling at times and how we can react better. But there are still positives: Firstly, that all three cars finished in the top five without any problems. Also, second place for Elfyn is another good result for him and it keeps the fight for the drivers’ title alive until the final round, which is obviously exciting for the championship as a whole. The manufacturers’ championship wasn’t quite decided in our favour this weekend, but our target now is to secure both titles in style at Monza.”
Press release Toyota GAZOO Racing WRT