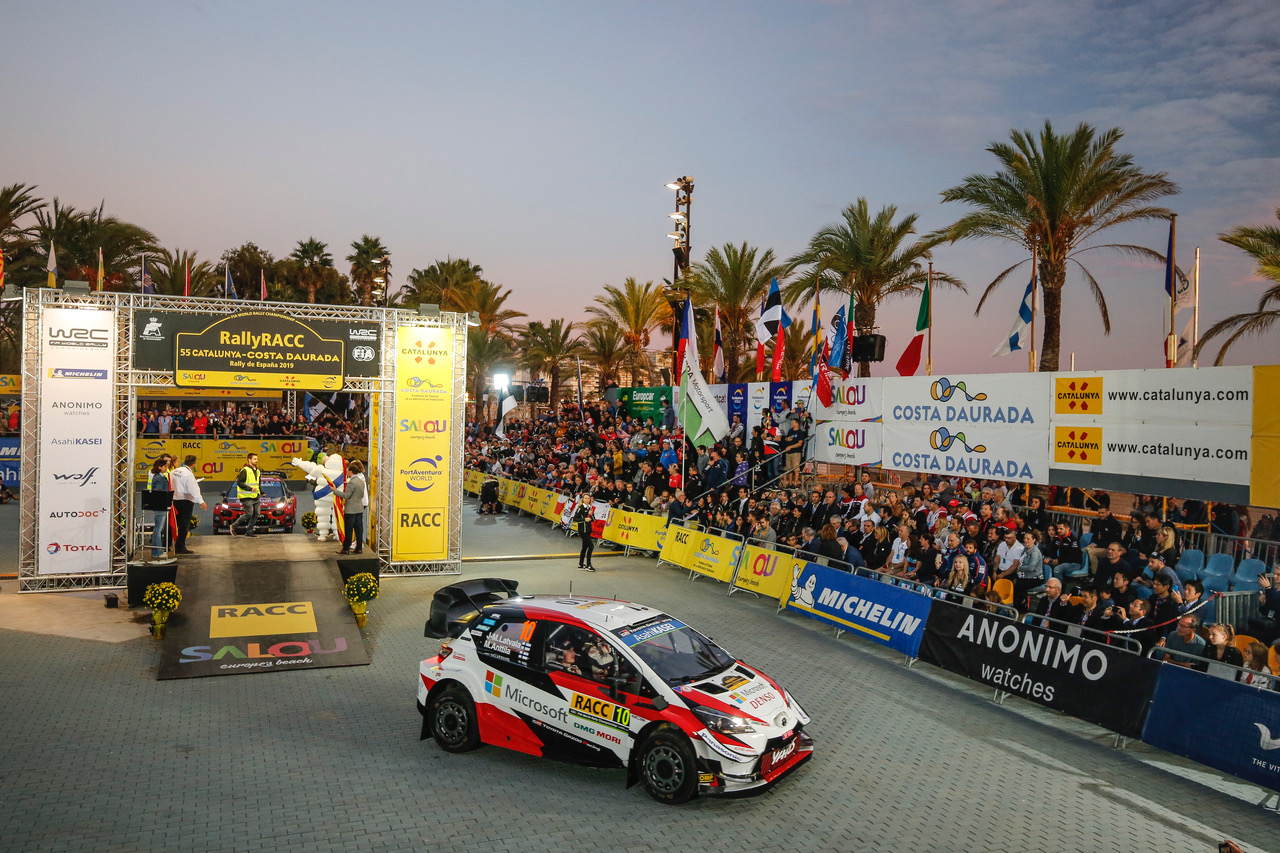 The TOYOTA GAZOO Racing World Rally Team is confident of taking its strong form onto both gravel and asphalt in the season’s only true mixed-surface event, Rally de España on October 24-27. Heading into the penultimate round of the year, the stakes are high: Toyota Yaris WRC driver Ott Tänak leads the drivers’ standings by 28 points and could clinch his first title in Spain, while the team is just eight points from the lead in the manufacturers’ standings after wins in three of the last four events.

The rally is based in Salou on the Costa Daurada to the south of Barcelona and consists of one day of medium-speed gravel stages followed by two days on smooth and fast asphalt roads that are often likened to racing circuits. Uniquely, teams convert their cars from gravel to asphalt specification in an extended evening service after Friday’s opening leg, and drivers have to quickly adjust to the change of surface the following morning.

Following shakedown and a ceremonial start in Salou on Thursday, this year’s rally begins on Friday with two loops of three stages held mostly on gravel, although there are some sections on asphalt in the La Fatarella – Vilalba stage, the longest of the weekend at 38.85 kilometres. Saturday has two loops of three asphalt stages, followed by a short stage in Salou itself. Sunday consists of two runs over the Riudecanyes and La Mussara stages, separated by service in Salou, with the second pass of the latter test as the rally-ending Power Stage.

“The combination of gravel and asphalt in Spain is something I’ve always really liked. The gravel stages are quite smooth but very slippery, while the asphalt roads are best that we have in the championship: really smooth and fast. I had a test on asphalt in Spain last week and I had a really nice feeling in the car. I’m very motivated and looking forward to being back in the car, fighting for the best possible result as we try to win the manufacturers’ championship again.”

Ott Tänak led the rally until a flat tyre on Saturday morning relegated him down the order. On the final day he was able to move up to sixth overall and post the best time on the Power Stage. Jari-Matti Latvala fought for the victory before contact with a barrier damaged a wheel and left him to finish eighth, one place behind Esapekka Lappi.