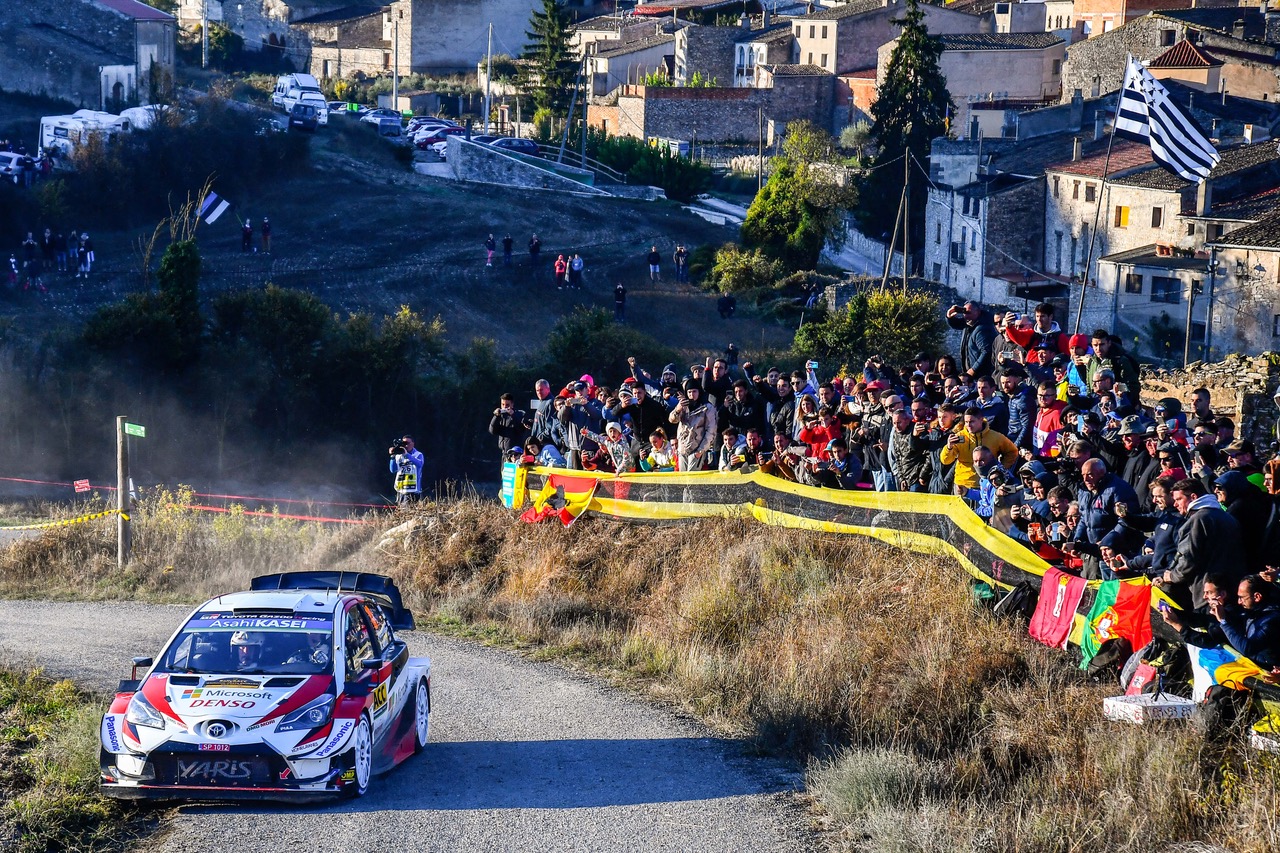 Jari-Matti Latvala showed good pace during the day, going second-quickest on both runs over the Querol stage. He ended the day in fifth place having opened up an advantage of over 20 seconds to the driver behind.

“Overall, I must say that today has been good. At first this morning, I struggled with the brakes a bit after the change from gravel, but in the second stage already I had a very good feeling with the car. The afternoon started pretty well too. On El Montmell I ran wide, hit something and damaged the steering arm so we lost a bit of time there. But otherwise, it has been a positive day. Tomorrow I’m going to try to keep the pressure on and see what happens, as we need as many points as we can get.”

The final day consists of a pair of asphalt stages close to Salou, which will both be run twice either side of service. The latter test, La Mussara, will host the rally-ending Power Stage, where the maximum of five bonus points on offer could prove crucial in the drivers’ championship.

Miikka Anttila (Co-driver car 10): “This is probaly the one stage this weekend that none of the crews have much experience on. The first six kilometres were driven in 2016; the rest not for a long time in this direction. In the beginning, the road turns a lot, and once on top of the hill it’s very fast and flat-out in places. Then it’s back to a slower road down to the finish.”