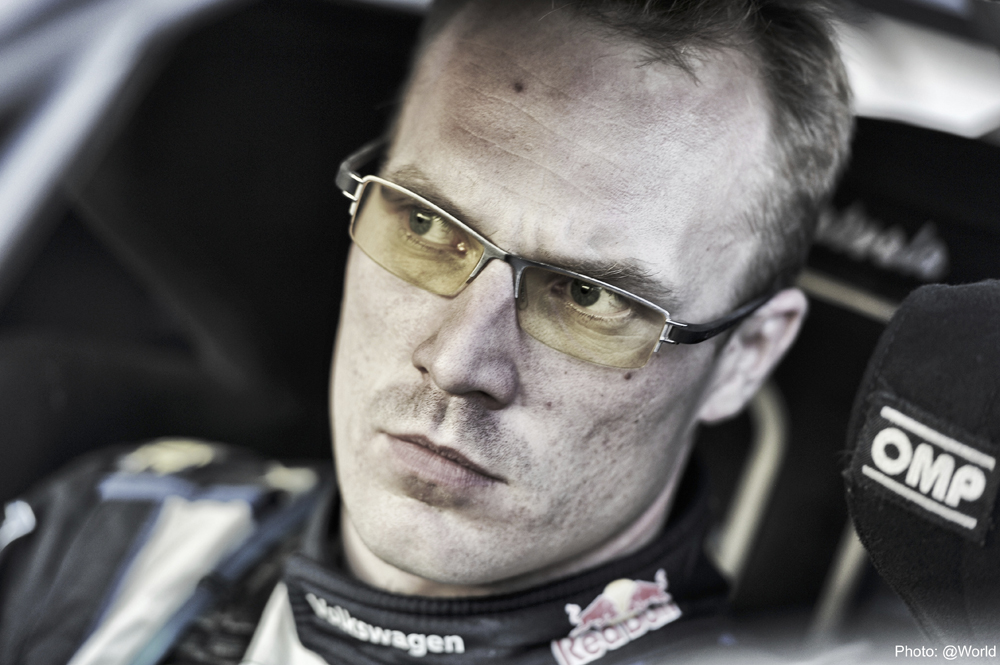 Volkswagen in thrilling battle for the podium at the Rally Poland

Only 100 per cent is good enough: Ogier just ahead of Mikkelsen, Latvala fifth

Wolfsburg (05 July 2015). What happens when two men drive the perfect rally: round seven of the FIA World Rally Championship (WRC) saw Volkswagen claim an outstanding result, courtesy of a one-two, as well as first and third places on the closing Power Stage. Sébastien Ogier/Julien Ingrassia secured their fifth win of the season at the Rally Poland, the 29th of their careers. Volkswagen has now started 33 rallies, during which time the two-time world champions have contributed 22 of the 28 victories achieved with the Polo R WRC. As such, they have been victorious in two thirds of all rallies since January 2013. However, Ogier/Ingrassia were pushed all the way to the finish at the fastest rally of the WRC year so far, and had to produce a flawless performance to fend off the challenge of team-mates Andreas Mikkelsen/Ola Fløene (N/N) and eventually win by just 11.9 seconds. Jari-Matti Latvala/Miikka Anttila (FIN/FIN) in the third Polo R WRC was embroiled in a thrilling battle with Ott Tanak/Raigo Mölder (EST/EST, M-Sport-Ford) for third place, before ending the Rally Poland in fifth place following a last-minute mistake.

Fifth place – the final few metres of the Rally Poland had a dramatic twist in store for Jari-Matti Latvala. The 2014 World Championship runner-up arrived in Poland having never finished on the podium in Masuria, and that place on the rostrum ultimately eluded him again in 2015. In trying to wrestle third place from Ott Tanak, the Finn skidded off the track on the very last special stage, hitting a tree with the front of his car. Making his 150th appearance in the WRC, Latvala had to postpone the celebrations for the 49th podium of his career. However, he was able to rescue fifth place despite a damaged radiator, thanks to an energetic effort from his mechanics. Going into the closing Power Stage, Latvala was just 1.1 seconds behind Ott Tanak/Raigo Mölder (EST/EST, M-Sport Ford).

All 14 World Rally Cars reached the finish, with just one returning under Rally 2 regulations: the retirement rate at the 2015 Rally Poland was remarkably low. As in Monte Carlo and Sweden, Volkswagen enjoyed another round of the World Championship without any technical problems, with nothing more than routine work required during the six major services – and that at the fastest and hottest rally of the year so far. The only exception was the seventh and last service for Jari-Matti Latvala’s Polo R WRC, which was successfully repaired in time for the final 2.1-kilometre liaison stage after his crash on the Power Stage.

The success story continues: seventh rally of the season, third one-two for Volkswagen

Volkswagen completed its twelfth one-two in the history of the Polo R WRC in Poland. In total, the Polo R WRC now has 54 podiums to its name after 33 rallies. Of 610 special stages, 417 have been won by the Wolfsburg-based manufacturer.

The excellent all-round team result in Poland sees Andreas Mikkelsen and Ola Fløene climb into second place overall, behind World Championship leaders Sébastien Ogier/Julien Ingrassia. Ogier/Ingrassia top the standings with a 78-point lead over Mikkelsen/Fløene and 95 points in front of Latvala/Anttila, who are currently fourth behind Mads Østberg/Jonas Andersson (N/S, Citroën). Volkswagen also extended its lead in the Manufacturers’ Championship and now lies 89 points ahead of its closest rival Citroën.

“I pushed to the absolute maximum as I tried desperately to make it onto the podium. Unfortunately it was not to be. The crash on the Power Stage meant I dropped back into fifth place. Fortunately the Polo is a sturdy car and, in the end, we were grateful to our mechanics, whose energetic display kept us in the race. Without their efforts, we would not have made it to the finish. Compliments to my team-mates Andreas and Sébastien. I was not able to match their pace this weekend. Next up is the Rally Finland – my personal highlight of the year. I would obviously like to get back on the podium at my home race. That is what I will be working toward.”

“The Rally Poland was a virtually perfect rally in every regard for Volkswagen. Firstly, our drivers proved emphatically that they are the best three in the World Rally Championship. Secondly, they were involved in exciting battles with each other and our opponents, and did a great job of promoting the sport of rallying. The rally was also optimal from a technical point of view, without even a minor problem. Our technicians can be extremely proud of that – as that cannot be taken for granted at the hottest and fastest rally of the year. The team could not be closer, as far as team spirit and healthy rivalry is concerned. Andreas Mikkelsen enjoyed a fantastic rally, and narrowly missed out on his first win. However, he proved that Jari-Matti Latvala is not the only man the world champion – Sébastien Ogier – must view as a serious threat.”