By jmlatvala.com 7 years agoNo Comments
Home  /  WRC  /  Poland  /  Rally Poland – Day 2 – Jari-Matti and Miikka in the fight for the podium 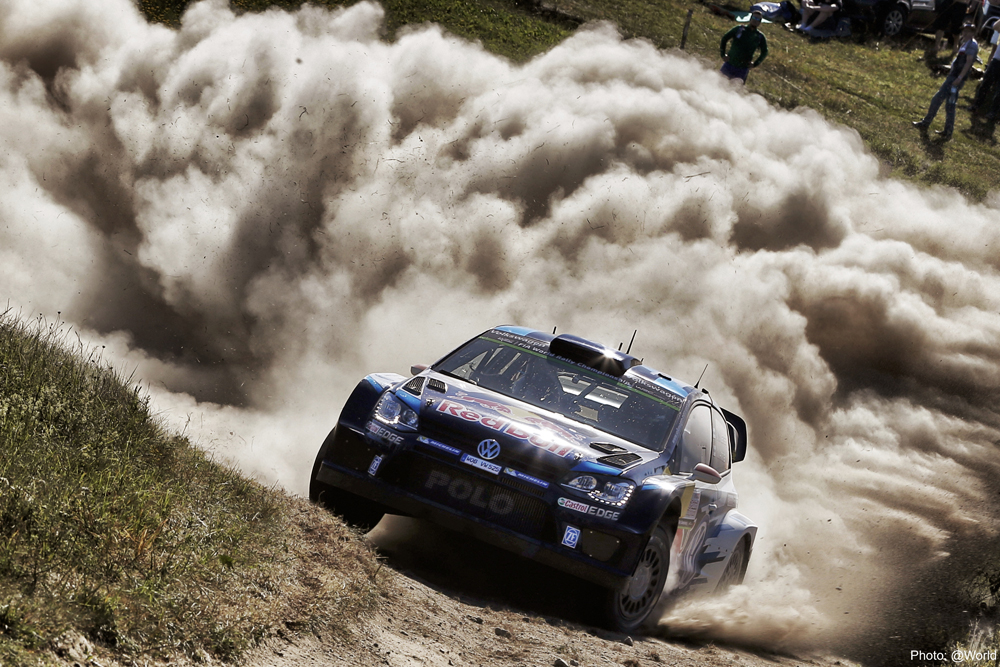 5.6 seconds separate the two – or 0.07 per cent of the distance covered so far

Wolfsburg (04 July 2015). It remains a hotly-contested affair in Poland – both from a sporting and a meteorological point of view. In the hottest temperatures so far this season, Volkswagen duos Sébastien Ogier/Julien Ingrassia (F/F) and Andreas Mikkelsen/Ola Fløene (N/N) were embroiled in a thrilling duel for the lead, which could ultimately come down to fractions of seconds. Double world champion Ogier’s lead over youngster Mikkelsen currently stands at 5.6 seconds – that puts him the equivalent of 187.98 metres ahead, but still within reach of the Norwegian. The pace of the rally remains phenomenally high: ahead of Sunday’s final leg, with just 29.20 kilometres of special stage remaining, the average speed is 120.84 km/h. For comparison: the fastest rally in the history of the World Rally Championship was in Finland in 2012, with an average speed of 122.9 kilometres per hour.

The third Volkswagen duo, Jari-Matti Latvala/Miikka Anttila (FIN/FIN), also remains on the road to success. The runner-up from 2014 was also involved in an exciting battle over the day’s seven special stages – this time for third place with Ott Tanak/Raigo Mölder (EST/EST, M-Sport Ford). Fourth-placed Latvala/Antilla go into Sunday’s finale trailing the Estonian by just 1.5 seconds. The two duels for first and third place have cast a spell over thousands of fans: one of the afternoon’s special stages actually had to be cancelled because there were simply too many spectators.

“I was just lacking the right balance today. Sometimes I pushed too hard, others not hard enough. Although the car ran flawlessly, unfortunately I could not find my rhythm. The times I was setting in the morning just could not match those of the afternoon. As such, I was unable to hold Tanak at bay. Third place after day three would not be a bad result at the Rally Poland. I will try to rectify that on the final two special stages. The goal remains to stand on the podium tomorrow.”

“Anyone who wasn’t already a WRC fan must be after today. It doesn’t get much more exciting than the battle between Sébastien Ogier and Andreas Mikkelsen. We can hardly wait to see how it ends. They both deserve a huge compliment, but particularly Andreas: he is pushing the two-time world champion all the way. However, Jari-Matti Latvala is also having to push himself to the very limit in his duel with Ott Tanak, and this could also go either way. The World Rally Championship is once again providing spectacular images in Poland, with high speeds, perfect drifts, and beautiful scenery. There is only one thing to do: stick with it!“

… the heat. The thermometer on the “Wieliczki” special stage on the Saturday of the Rally Poland soared to 32.9 degrees Celsius – the highest temperature of the 2015 World Rally Championship so far. For comparison: the record dates back to 2014, when the Volkswagen weather crew registered 34.8 degrees Celsius on the 17th stage of the Rally Italy. The previous highest temperature in 2015 came on stage nine of the Rally Italy: 31.6 degrees.