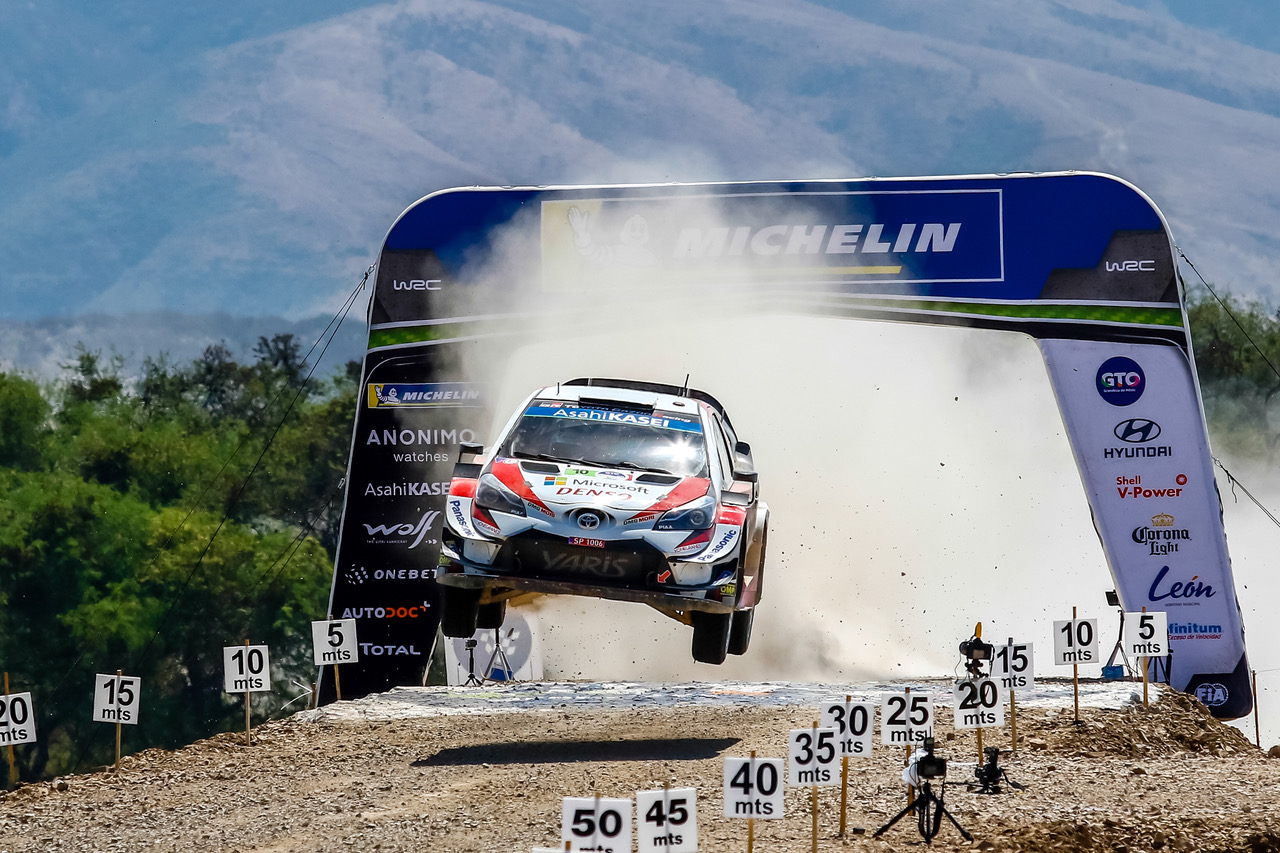 Meeke completed the day’s first stage 12 seconds faster than anybody else to surge into the lead on his first gravel rally in the Yaris WRC. His puncture on the next stage however cost him a minute-and-a-half, and caused suspension damage that forced him to drive cautiously through SS12. This left him fifth overall, but he remains on course to score good points towards both championships. After retiring on Friday evening, Latvala restarted and claimed two stage wins in the morning to help him rise from 12th to eighth during the day, with seventh position well within range going into the final day.

Jari-Matti Latvala (Driver car 10)
“Overall, I’m happy with today. Compared to yesterday, the performance was much better. We made some small changes to the car and this helped, particularly coming out of the slow corners. Our total stage times have been close to the leaders so I can be satisfied with that. We are now up to eighth place and I think there is a good chance to get seventh tomorrow if we keep going with the same speed that we had today. I would like to get some Power Stage points too – that will be important for the championship.”

What’s next?
The final day of Rally Mexico begins with two long stages – Alfaro and Mesa Cuata – which total almost 50 kilometres. They are followed by the rally-ending Power Stage: a repeat of the Las Minas test first run on Friday afternoon.

Key stage: Las Minas, SS21 – Power Stage (10.72 kilometres)
Miikka Anttila (Co-driver car 10): “The beginning of the Power Stage is technical and slow, although it used to be even slower when this stage was longer and started further back. Then we come to a wider and bigger road which is not so technical, and then comes the finish section on the cobblestones going down to the village.”