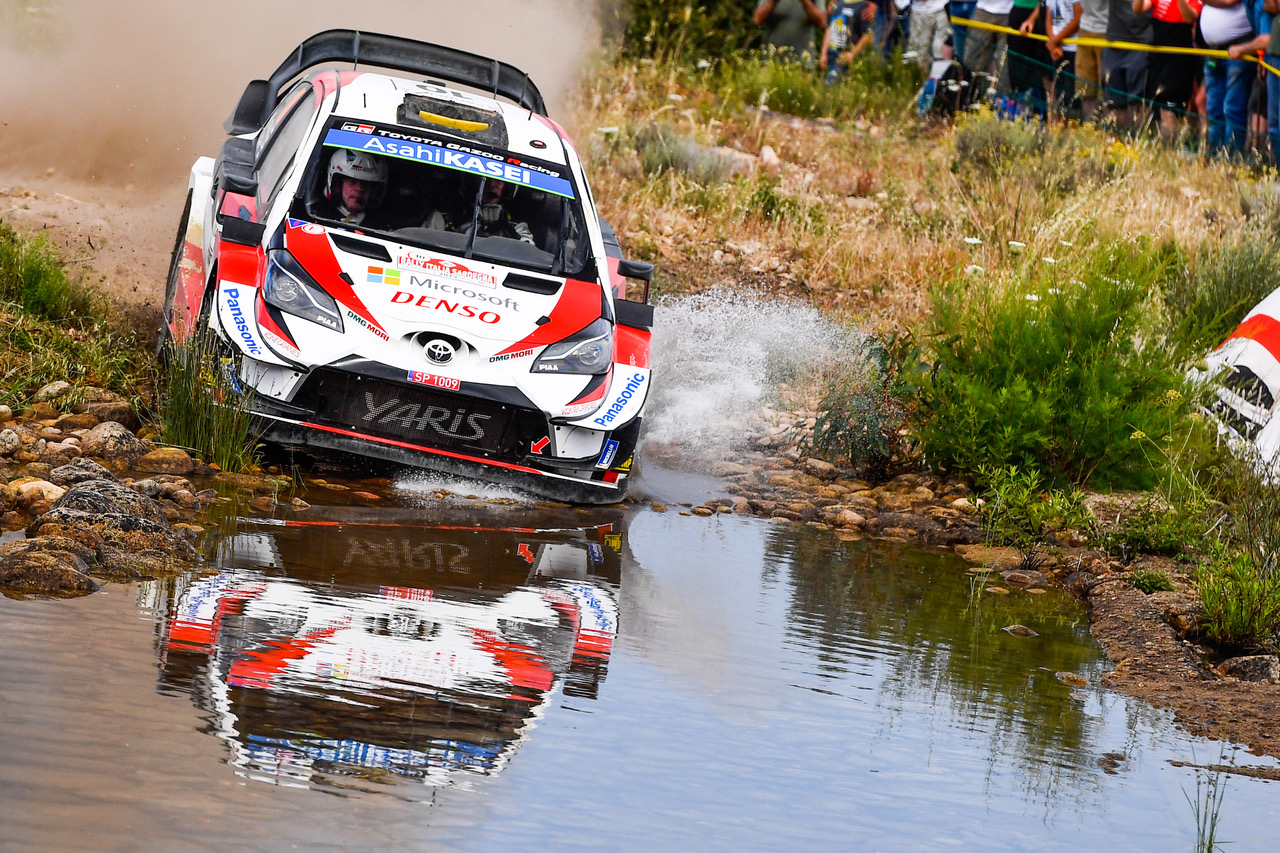 Toyota Yaris WRC driver Ott Tänak leads Rally Italia Sardegna by 25.9 seconds going into the final day, after surging to the front with a superb clean sweep of six stage wins on Saturday.

The longest day of the rally consisted of 142.42 competitive kilometres across two loops of three stages, with tyre wear expected to be a major consideration in warm temperatures on rough gravel roads. After his strong Friday at the front of the road order, Tänak began Saturday in third overall, and opted to take a mix of medium and hard-compound tyres during the morning when his rivals chose only hards.

Tänak made the most of the superior grip, immediately gaining second place in the first stage and more than halving his deficit to the leader. He managed to sustain that performance over the whole morning loop to gain the rally lead on SS12, before extending his advantage through the afternoon when all drivers were on hard tyres.

During the morning, Kris Meeke maintained his sixth position overall, and then began closing on the two drivers in front of him with increased pace in the afternoon. Unfortunately, in the day’s final stage he had to stop to change a tyre, losing two minutes and slipping to eighth place. After retiring in Friday’s final test, Jari-Matti Latvala restarted this morning and posted some competitive times despite having to run first on the road.

“Ott did an absolutely great job today. Winning every stage and building his lead in this way: it was very impressive. He was up against some strong and consistent drivers and in some tough conditions, but he has a lot of confidence at the moment and seems very comfortable to push with the car. Now we just need him to bring it home tomorrow and I’m sure he can do it. As for Kris, it’s frustrating what happened to him in the final stage: It was good to see him building in speed as he gained more confidence on these stages. For Jari-Matti, it was important that he was back in the car today and I think his times were good considering he was first on the road.”

“The goal for today was to enjoy the driving, but it’s never easy to be first on the road. This morning was very good, I was actually very happy with the stage times for the road position that we had. The afternoon we tried something different with the setup and to have the car a bit stiffer, but it didn’t work for my driving style: I couldn’t feel the grip in the same way, so the times were not that great. But when I didn’t have that confidence I knew to stay calm and not make mistakes. Tomorrow we’ll go back to the setup we had this morning with some fine tuning, and hopefully we can get some points from the Power Stage.”

The final day of the rally is made up of two stages each run twice to the north of Alghero, with a combined competitive distance of 41.9 kilometres. The two tests are identical to how they were run on the final day of the 2018 event.