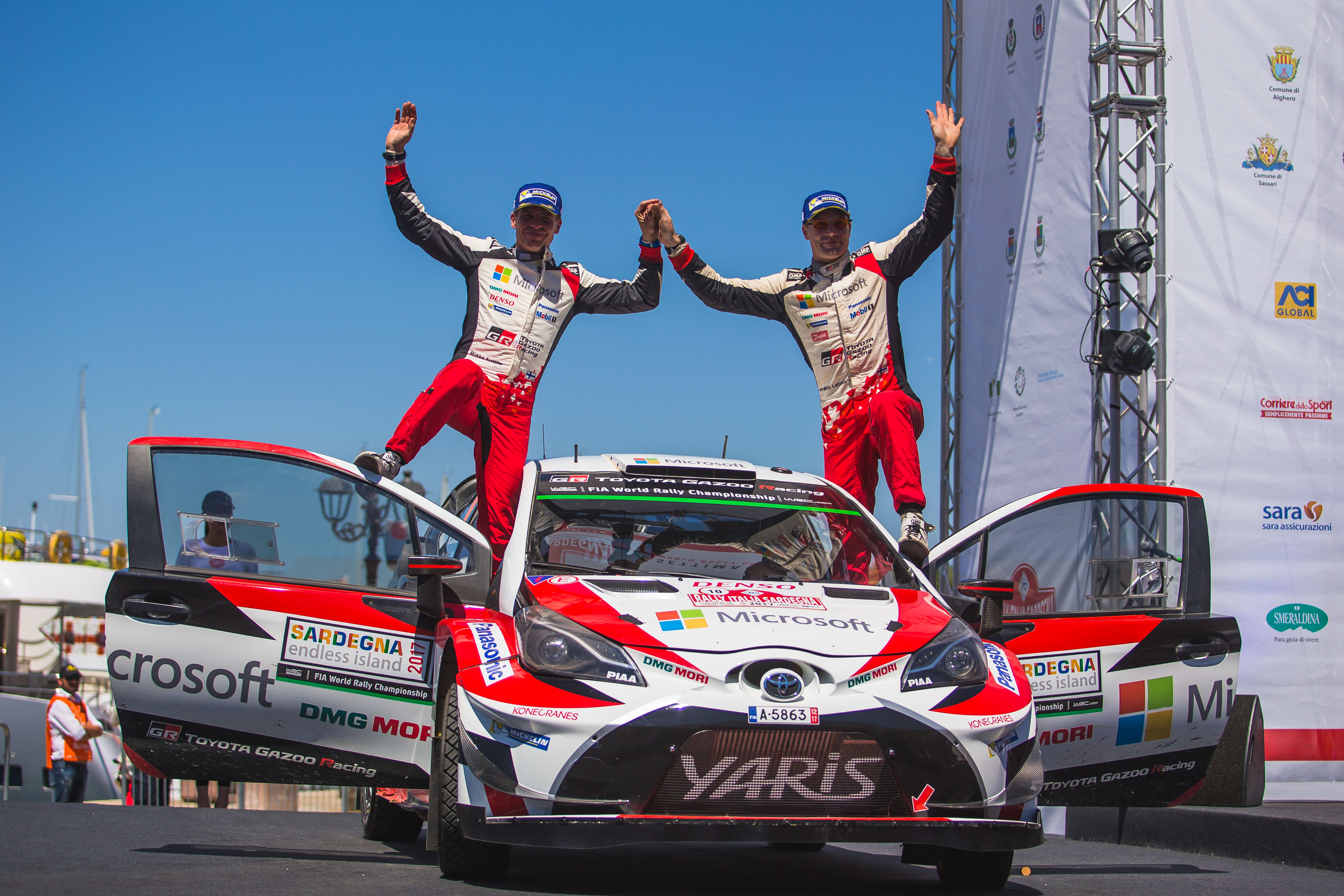 At the end of an incredibly challenging four days for the TOYOTA GAZOO Racing World Rally Team, it was an excellent result: second for Jari-Matti Latvala, narrowing the points gap to the championship leader, while Esapekka Lappi was fourth, having claimed a remarkable six fastest stage times (including the Power Stage): more than any other driver this weekend. Juho Hänninen led the rally on Friday and also won a stage, eventually finishing sixth.

The final day consisted of just four stages, ending with the Power Stage close to Alghero. Latvala and Lappi maintained the positions that they held the previous night, despite Latvala making two small mistakes. Lappi won the Power Stage on only his second rally in the Yaris WRC, adding to his points total. Hänninen had to cope with a steering problem, which had also affected him the day before, but still equalled the best WRC overall finish of his career.

“In the end, we were quite close and so I’m happy about this result but I’m a bit disappointed with myself after two mistakes I made today: on the second stage this morning I stalled the car when I was in second gear in the high ruts, then when the same stage was run again as the Power Stage this afternoon I couldn’t get the car turning around the junction.
Anyway, all in all I’m happy for the team: it was a good result and a good performance.”

2017 FIA WORLD RALLY CHAMPIONSHIP FOR DRIVERS AFTER ROUND SEVEN:

2017 FIA WORLD RALLY CHAMPIONSHIP FOR MANUFACTURERS AFTER ROUND SEVEN:

The next round of the World Rally Championship is Rally Poland from 29 June to 2 July. Based on Mikolajki, it consists of fast roads made up of sandy gravel, with speeds that are close to those of Rally Finland. Ambient temperatures are again likely to be warm and there will once more be three Yaris WRCs taking the start, for Latvala, Hänninen and Lappi.